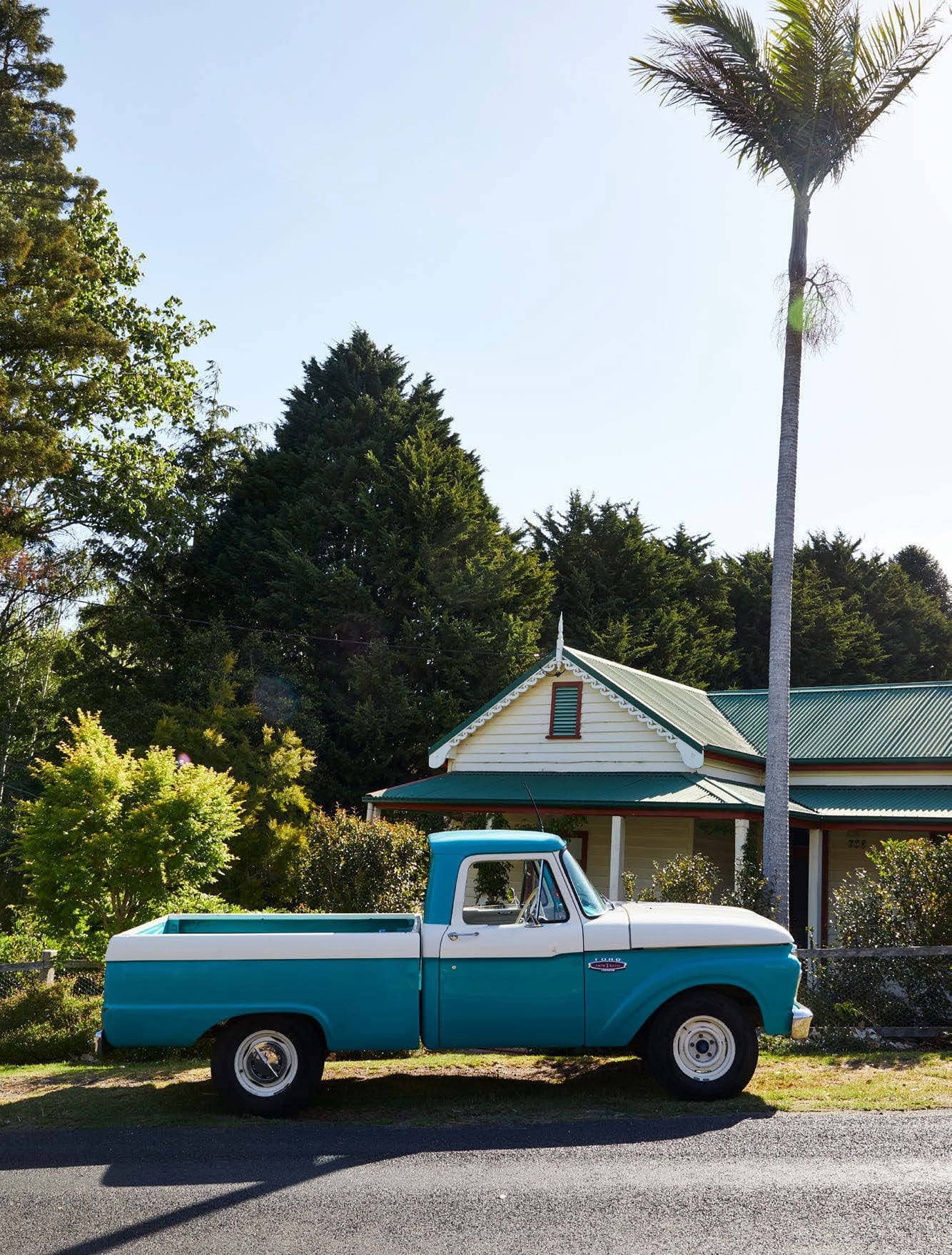 On a road trip down the Sapphire Coast in NSW, MAGGIE SCARDIFIELD checks in on a wave of savvy bakers, distillers, brewers and restaurateurs to get a taste of the region.

I’ve been making G&Ts wrong this whole time. This realisation comes while sitting on the deck at Stony Creek Farm, five-and-a-half-hours drive south of Sydney. It’s here that distiller Gavin Hughes and his partner Karen Touchie make their small-batch North of Eden gins from a farm shed turned distillery. “If you fill the glass with tonic, all you’re going to taste is tonic,” says Hughes. “We do just 60ml tonic, 30 of gin.” It’s a revelation. And something I never would’ve expected to discover in country New South Wales.

The pristine Sapphire Coast in NSW stretches roughly from Moruya to Eden, with a swag of heritage, hinterland and beachside towns in between including Central Tilba, Bermagui, Tathra, Bega and Pambula. It’s known as Australia’s premier oyster growing region, but thanks to a host of savvy bakers, distillers, brewers, restaurateurs and small-scale farmers, there’s a lot more than oysters to savour. 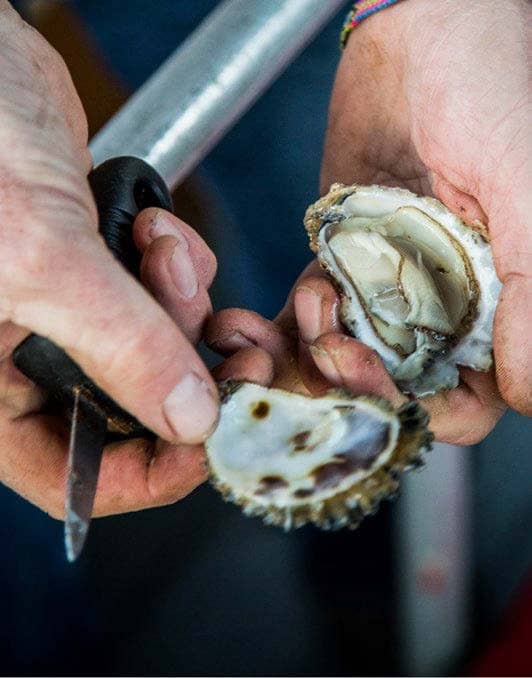 I start my week-long food safari at the community Sage Farmers’ Markets in Moruya. Every Tuesday afternoon many of the Eurobodalla and Bega Valley Shire’s most dedicated growers congregate on the riverbank to sell their produce. Floppy-hat-wearing locals gather in front of their favourite stalls in anticipation of the 3pm brass bell; nothing can be sold before it rings. I eye a table laid with handfuls of tender garlic scapes, and wonder what to do with them. I’m swiftly handed a bunch.“Try them out, fall in love and I’ll see you next week,” says the grower. Another producer tosses me an orange with a wink. Later in my fully equipped tiny house at Tilba Lake Camp, I squeeze the citrus over the scapes with a slug of local olive oil, and toss them through broad beans from Turlinjah, and the sweetest florets of broccolini grown nearby in Tuross Head.

An hour south, the vibrant game-fishing town of Bermagui has become its own food and coffee mecca. One of the most sought-after addresses is Bunga Street. There, Steve Hope runs his café, Mister Hope, after moving to Bermagui from Castlemaine, Victoria, five years ago. “It’s the most incredible way of life here,” he says. “The beaches and environment are so beautiful, so why shouldn’t the food scene be just as good.”

The daytime trade at Mister Hope is all about dark-roasted Fair Trade beans from Hyper Hyper in Nowra alongside local eggs and bagels, and by night, it’s an intimate speakeasy vibe with boutique Australian gins, absinthe and the pop-up cinema, Electric Hope. “We put about 35 chairs in, project something special and serve local wines, fancy popcorn and homemade choc-tops,” says Hope. “The 1934 L’Atalante by Jean Vigo was the inaugural film. It’s lyrical and romantic. And who doesn’t need more of that in their life?”

A few doors up, at artisan bakery Honorbread, former Sydneysiders Honor and Tim Northam bake slow-fermented sourdough and seasonal pastries using organic flour and heritage grains. “We loved Sydney. But our bigger want had always been to try living in a small community,” says Honor. 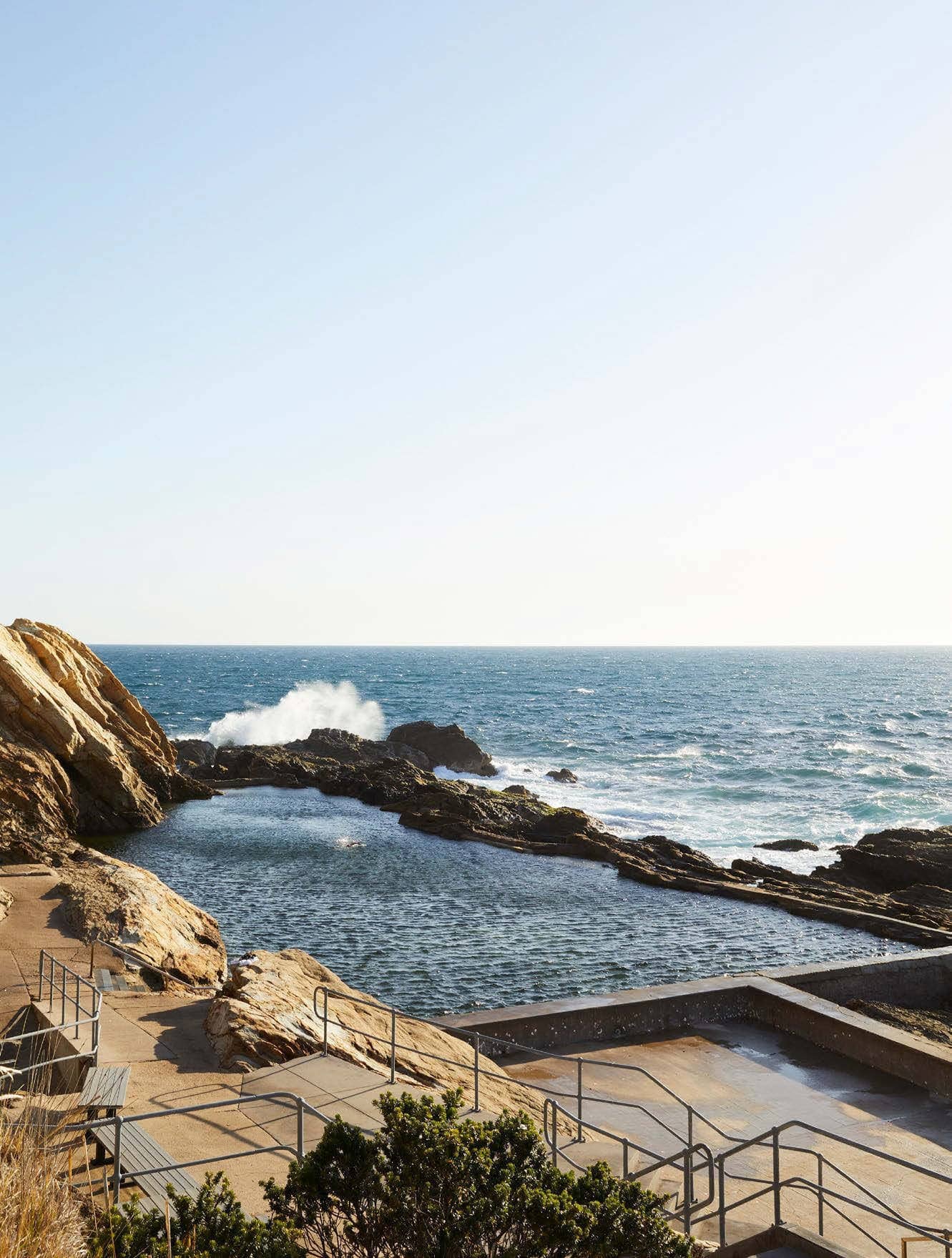 The couple built a loyal following for their baked goods as the owners of Il Passaggio, an Italian restaurant on the Fishermen’s Wharf. They sold the restaurant to focus on baking full-time, and have been at the sunny Bunga Street site for four years. The next step is taking over the vacant block next door where they’ll install a woodfired oven for baking bread, a pétanque court to help build community, and a garden of Bermagui native plants including acacia, wattle and kangaroo grass. Up the road, the Bermagui Preschool has its Moodji Cultural Garden, where children grow crops that were traditionally farmed in the region by Yuin people, including yams and oat grass.