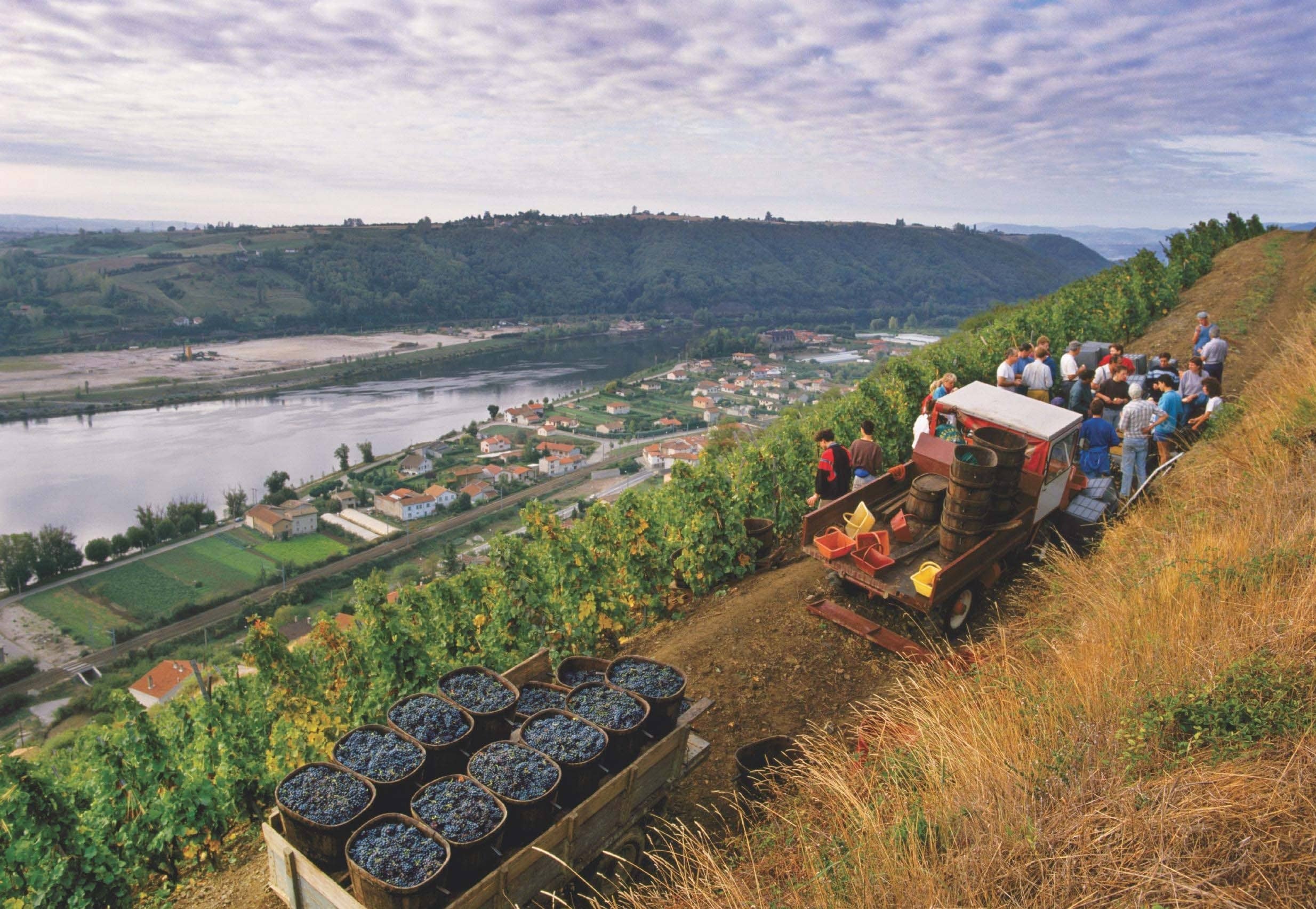 Thanks to large yields helping to balance the very ripe fruit, the north fared better than the south this year, delivering plush, generous and potent wines. It’s a vintage that favours the reds, particularly Côte-Rôtie, with whites from St-Joseph and St-Péray performing better than Condrieu. Matt Walls reports, based on his extensive tastings and visits in the region

Unlike in the south, for some producers in the north the 2018 vintage was something dreams are made of. It was very hot and dry, resulting in a plentiful, ripe crop. While there were many wines with low acidity and potent alcohol, those that could achieve balance were impressive.

It’s not that the conditions were wildly different – both ends of the Rhône valley experienced a wet spring followed by a sweltering summer – but in the north these conditions translated themselves into large yields of ripe fruit, often very ripe.

Growers were pleased, and occasionally delighted, with the results; Stéphane Montez of Domaine de Monteillet in Côte-Rôtie said it was ‘the vintage everyone dreams about’.

The rains in the north mostly arrived later in May and June, encouraging rapid plant growth and raising the spectre of mildew. Pierre Clape of Domaine Clape saw nothing overly serious however, just ‘a little on the whites but not the reds’. Organic growers managed to keep outbreaks at bay without undue worry.

Spring was warm and temperatures continued to rise, culminating in a July and August heatwave. The result was a marked drop in acidity and rapid build-up of sugars. As the hot, parched weather continued, some vines faced blockages in maturity, but a few showers in mid-August helped push the vines over the finish line.

The choice of picking date was crucial. ‘In years like this,’ says Jean-Louis Chave (below), ‘if you leave it too long the ripeness explodes.’ He even picked on a Sunday to ensure the grapes didn’t ripen a day too long.

The result is a rosy-cheeked vintage in the northern Rhône, with lush, velvety fruits and often warm levels of alcohol. High yields aren’t always associated with quality, but according to Montez: ‘If we’d had half the crop, theâ€‹ alcohol would have been too high, but thanks to the yield it was balanced.’

Christophe Pichon of Domaine Pichon also pointed out that the high yields helped improve overall acidity levels, if not concentration.

The best reds tended to come from the more northerly vineyards in 2018 – Côte-Rôtie and the northern part of St-Joseph, where the wines are rich but retain good balance and an upright character.