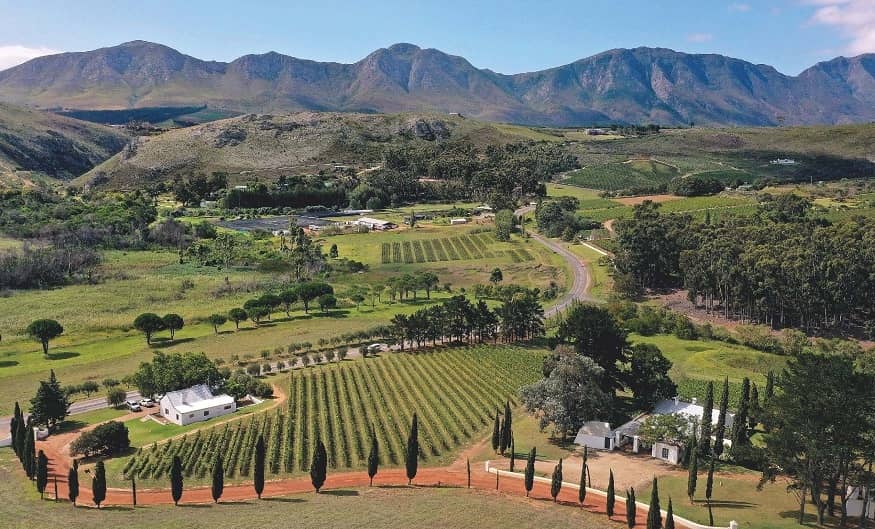 With this pioneering South African estate’s 40th vintage now safely in tank or cask, Andy Howard MW looks at how it has become one of the New World’s most influential producers of Burgundian-style wines

Hamilton Russell Vineyards is one of South Africa’s iconic wine estates. Located in the cool, maritime-influenced Hemel-en-Aarde Valley, close to the old fishing village of Hermanus, it is a leading producer of Burgundian-styled wines in the New World.

The 2020 vintage was the estate’s 40th. Since taking over in 1994, Anthony Hamilton Russell and wife Olive have propelled their wine farm into the top echelons, as a source of exemplary Pinot Noir and Chardonnay.

Their wines from these varieties are far removed from many of those from Chile, the US, New Zealand and Australia, showing more of a stylistic similarity to the terroir-driven wines of the Côte d’Or. Bold, ripe fruit flavours are less pronounced, with a greater emphasis on structure and allowing both the vineyard and vintage character to come through.

At a portfolio tasting in March with UK importer Mentzendorff, Anthony explained that his objective is ‘for the wines to be a reflection of the vintage’. They have depth and complexity, layers of flavour, subtle nuances and the ability to age for at least a decade.

Much of this is down to exceptional estate vineyards combined with the Hamilton Russells’ pursuit of excellence, a sympathetic approach to winemaking, and an adherence to organic and biodynamic principles.

Anthony’s father Tim first planted the vineyards in 1976, after purchasing 172ha of land close to the ocean in the Hemel-en-Aarde Valley, which stretches from within 1,500m of the ocean to the top of the Hemel-en-Aarde Ridge. Today, 52ha are under vine with the remaining 120ha covered by fynbos.

Given the predominance of muscular red wines in the Western Cape in the early days, Tim’s decision to focus on Chardonnay and Pinot Noir was groundbreaking. Ultimately he was vindicated, with a number of top Western Cape cool-climate producers following suit, such as Newton Johnson, Creation, Ataraxia, Bouchard Finlayson and Storm.

Since taking over from his father, Anthony has focused on understanding the individual, varied plots on the estate. The soils of Hemelen-Aarde are a combination of Table Mountain sandstone and Bokkeveld shale. Anthony notes that the firm, youthfully austere style of both his Pinot Noir and Chardonnay is ‘principally a function of extremely iron-rich, clay-rich, shale-derived soils’.

It was these structured Chardonnays that first put Hamilton Russell on the map; the first release was in 1981, and today 21 parcels are vinified separately. Pinot Noir is garnering at least as much interest, and boundaries are also being pushed with white blends from sandstone soils (Ashbourne) and elegant Pinotages that show what this variety is capable of.

The estate’s reputation has been high for many years, but, following the arrival in 2014 of winemaker Emul Ross, quality has been elevated to new levels. Ross, former assistant winemaker at Cape Chamonix in Franschhoek, ensured that Hamilton Russell’s farming became entirely organic. Anthony asserts: ‘Our objective is to emphasise terroir, and promoting biodiversity and soil health is vital to produce the best possible wines.’

Unlike many Burgundy estates, Hamilton Russell aims to let the character of each vintage show through in the wines. This was demonstrated at a vertical tasting in early March comparing four Chardonnay and Pinot Noir vintages from 2015 to 2018. (For a longer version of this article featuring more detail on the vintages as well as tasting notes for the wines, go to Decanter.com/premium.)

The Pinot Noir, particularly, confirmed this aim. Anthony likens them to different children from the same parents – ‘the wines have a perceivable family resemblance – a common genetic thread – but they also have different personalities as a result of the different vintages’.