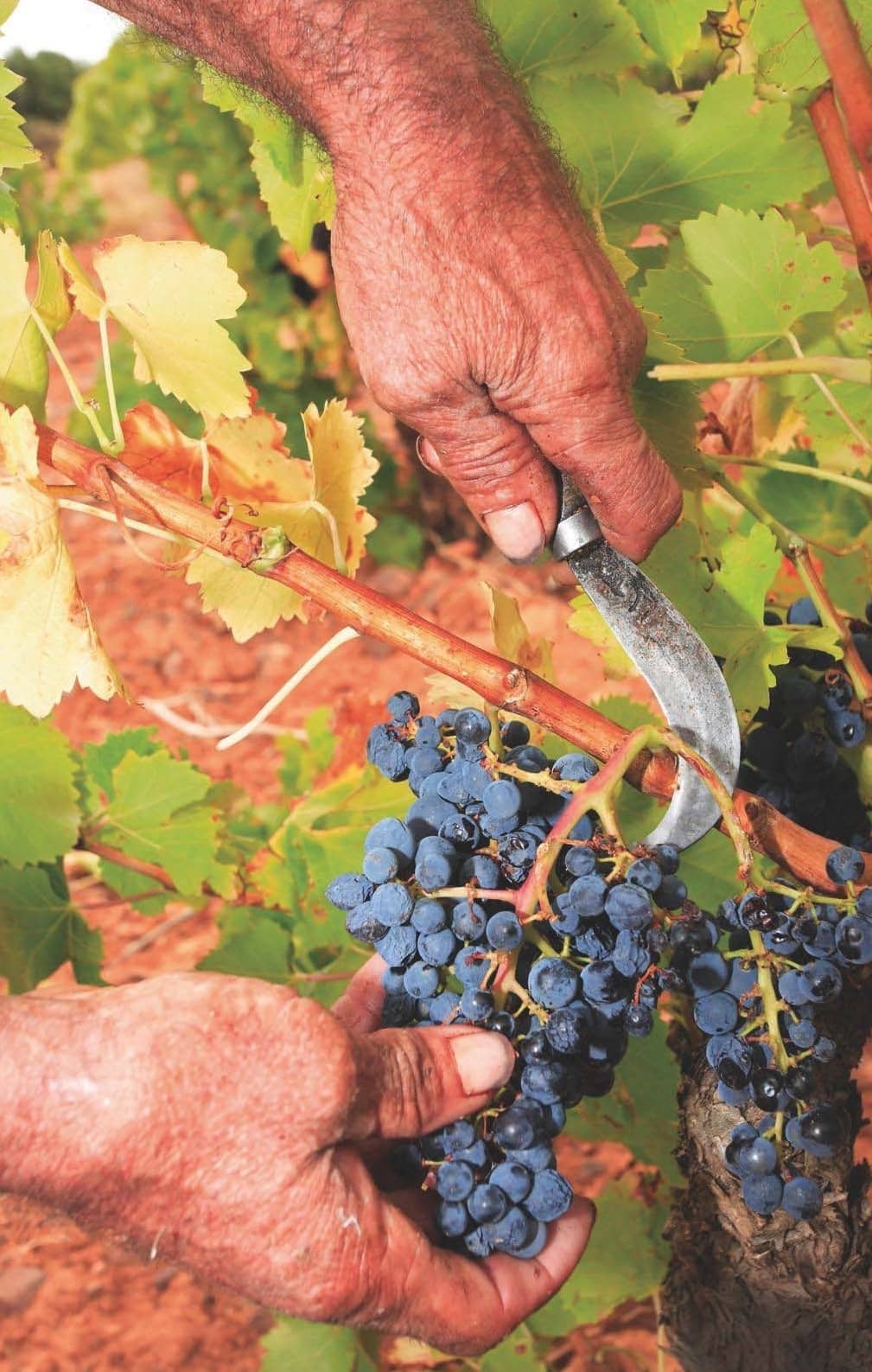 Happy in Spain’s often testing rural terrain, this once unfavoured red variety is enjoying a surge in popularity among growers and critics alike, as regional authenticity finds increasing favor. David Williams selects his 10 top producers and their wines of the moment

The story of Garnacha in Spain over the past century is a classic of the rise-and-fall genre. We might start it among the worried wine-growers in turn-of-the-20thcentury Rioja. Phylloxera had finally arrived in the region, having first been recorded in Spain’s south in the mid-1870s, and it brought to an end a period when Rioja – and many other parts of northern Spain – had enjoyed a vinous export boom, as the French (and other drinkers of French wine) looked south to find vineyards to replace their own phylloxera ravaged vines. Now that the plague had taken them too, Rioja’s growers were replanting. Garnacha, so hardy and generously productive, was there for them.

Elsewhere in Spain, other producers were making similar decisions in their vineyards. And so, in the first seven decades of the 20th century, Garnacha became the default choice of the Spanish wine-grower. It was a variety that could cope with the extremes of heat, wind and dust of the summers experienced in so many of Spain’s main growing areas. Thin of skin but tough of character, an early budder and a late ripener, it could, in bush-vine form, cope without irrigation even in the driest of places, and still provide grapes that yielded wines of great juicy sweetness, high alcohol and easy tannin.

As popular as it became for growers, Garnacha had never enjoyed the same recognition from consumers, if only because so few of them even knew they were drinking it. It was generally hidden in blends, and rarely appeared on wine labels. And as the new wave of quality-minded Spanish winemakers began to make their way in the heady post-Franco days of the 1980s, Garnacha fell from favour: the area covered by the variety fell from more than 170,000ha in 1980 to 63,000ha in the mid-2010s (Source: Robinson & Harding, The Oxford Companion to Wine), replaced by the newly fashionable international varieties and – for the producers looking to grab some of Rioja’s stardust – Tempranillo.

But the seeds of Garnacha’s modern-day recovery were already being sown in the years of its decline. In its original northeastern heartland in Aragón – the birthplace of Garnacha – and in Priorat in Catalonia, producers began to reassess what was possible from the variety, and to realize what a precious resource the very old, often abandoned bush-vine vineyards of the variety were. It’s a process that has been repeated in the early 21st century by winemakers exploring the Sierra de Gredos mountains around Madrid.

Today, Garnacha is very much back, as arguably Spain’s most exciting indigenous red grape variety. In one mode, it makes some of the best-value red wines in the world in an exuberantly fruity, juicy style. At the other extreme, it makes gloriously light and ethereal, terroir-revealing styles that have seen it dubbed ‘the Pinot Noir of the south’. Between those poles, you’ll find a multiplicity of styles that take you through some of Spain’s most thrilling vinous terrain.

‘The empire of Garnacha.’ ‘The heartland of Garnacha.’ Slightly corny PR lines, perhaps, but you can understand why both the region and the producer of the first wine on this tour of Iberian Garnacha might have adopted them. Just to the west of the city of Zaragoza, Campo de Borja is right in the heart of the province of Aragón in northeast Spain – ampelographers believe Garnacha originated here. And the variety retains a disproportionate grip on the local vineyards today: more than two-thirds of the total 7,500ha of vines in the Campo de Borja DO are devoted to Garnacha; between them, the 375 member wine-growers of the Borsão cooperative have a third of them.

Given the imperial scale of their production, what’s always been remarkable about Bodegas Borsão (and Campo de Borja more generally) is the consistent quality of its Garnacha wines – and their prices. Like producers in other Spanish wine categories that have been undervalued in recent history, such as Cava and Sherry, Borsão’s line-up of supermarket own-labels regularly competes for unofficial titles of the world’s best-value wines, while the straight Garnacha it produces under its own name consistently offers a remarkable level of gushing, brambly fruitiness per pound.

Another Aragón DO with a claim on the ‘empire of Garnacha’ title, Calatayud provides precisely the kind of tough terrain in which Garnacha seems to take a kind of perverse pleasure in thriving: windy, arid, hot. That makes for a rich and powerful style, but not, in the right hands, overbearingly so. Many of the frequently very old (50 years-plus) vineyards are planted at altitudes of up to 800m on the slopes of the Sierra de la Virgen mountains, and the wide variation in day- and night-time temperatures here allows for wines that balance concentration and intensity with freshness and lift.

Certainly, that’s the case with the many Garnachas produced in the region by Norrel Robertson, the Scottish Master of Wine and Calatayud resident behind the El Escocés Volante (‘The Flying Scotsman’) label. Robertson works with growers throughout the region to unearth blocks of promising old-vine Garnacha, which he turns into one of the most consistent Spanish ranges around. It includes the exuberant La Multa, which hails from vines planted on red clay over chalky soils at altitudes between 700m and 800m in the Ribota Valley. 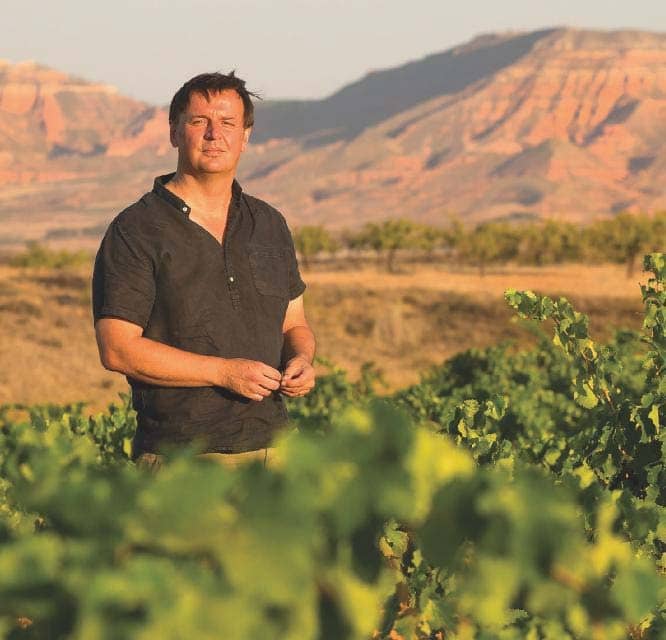 £9.99 Alliance Wine, Borders Wines, Talking Wines, The Whisky Exchange One of many superb – and superbly priced – Garnacha bottlings from the flying Scotsman, Norrel Robertson MW, this wine is soft and generous in feel with its abundant fresh red fruit, old-vine depth and hints of herbal freshness. Drink 2020-2022 Alc 14.5%