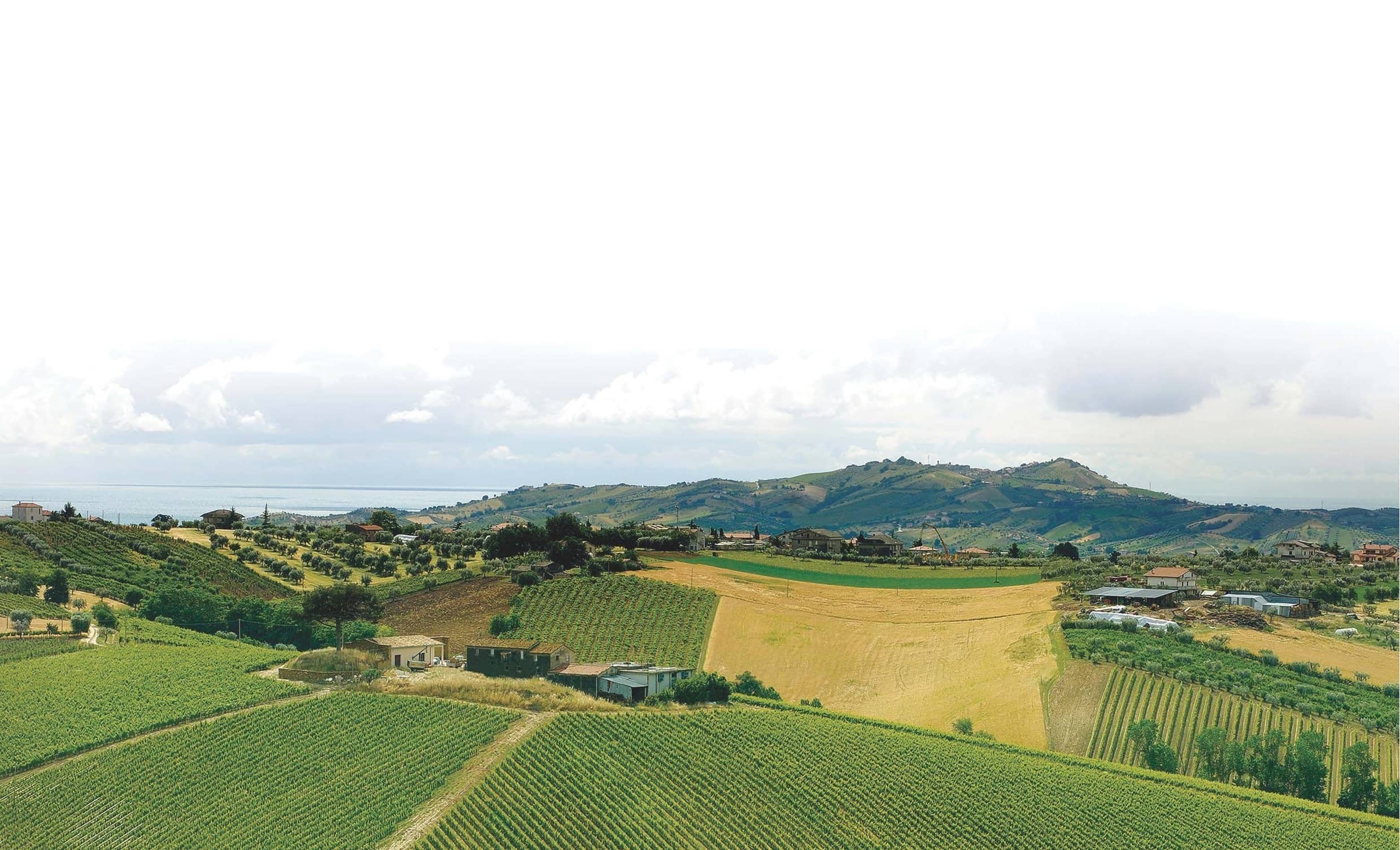 Hard to pinpoint on a map it may be, but this central Italian region has long been a default choice for restaurant-goers thanks to its soft, easy-drinking reds, with its light whites a popular choice too. Susan Hulme MW reveals how Abruzzo’s forward-thinking producers are harnessing their native varieties to create character in the bottle

The Abruzzo landscape is breathtaking, with its dramatic, snow-capped mountains on the western horizon dropping down to the sun-drenched beaches and shimmering sea of the Adriatic coast. Sandwiched in between are hilltop villages and a harlequin pattern of tumbling green and yellow hillsides of wheat and vines. The mountains and the sea are never far away, providing constant breezes to moderate the summer heat and cool the vines at night. The drying winds help to prevent the diseases that thrive in dampness, thus making organic viticulture practical.

This varied landscape allows for different elevations, aspects and microclimates – it really seems meant for viticulture.

Yet, on re-reading Luigi Veronelli’s The Wines of Italy, published in 1960, there is hardly a mention of the Abruzzo. It gets no introduction and is skipped over in about 200 words, mentioning just two grape varieties, Trebbiano and Montepulciano, along with a few of the key towns and suggested pairings with local dishes.

In those days, many of the average wines were easily forgettable. As Cristiana Tiberio of Cantina Tiberio says: ‘Trebbiano d’Abruzzo often oxidised after a few months in bottle, and Montepulciano d’Abruzzo was tannic and fruitless, when not downright flawed.’

One thing most wines from the Abruzzo lacked was a clear identity – a sense of place and personality. In an attempt to redress this, the Montepulciano d’Abruzzo DOC was established in 1968, formalising regulations designed to ensure quality: maximum vineyard elevation within specific sites; maximum yield and minimum alcohol; and a minimum percentage of Montepulciano – 85% in some areas, rising to 100% in others. Four years later, in 1972, Trebbiano d’Abruzzo DOC was established. In 2003, in another big step towards quality, the Colline Teramane subzone was granted a DOCG, further defining and delimiting some of the best quality vineyards in the north of the region. The latest area to achieve DOCG status, in 2019, was Terre Tollesi (also known as Tullum). Production is low but the wines are considered distinctive enough to stand on their own, while still flying the flag for Montepulciano.

One of the Abruzzo’s natural strengths is its native grape varieties. Montepulciano, which comprises 70% of the Abruzzo’s output, produces friendly, fruity and accessible red wines. The deeply coloured, dark-berry, fruity wines, not overly tannic, are easy to enjoy. Producers have responded to market tastes and moved away from heavily oaked styles. There has been an increase in the use of stainless steel and a return to the use of cement vats; coupled with a reduction in both the use of small oak barrels and in the time spent in oak. The result is a fresher, more approachable style of red that is in keeping with modern taste.