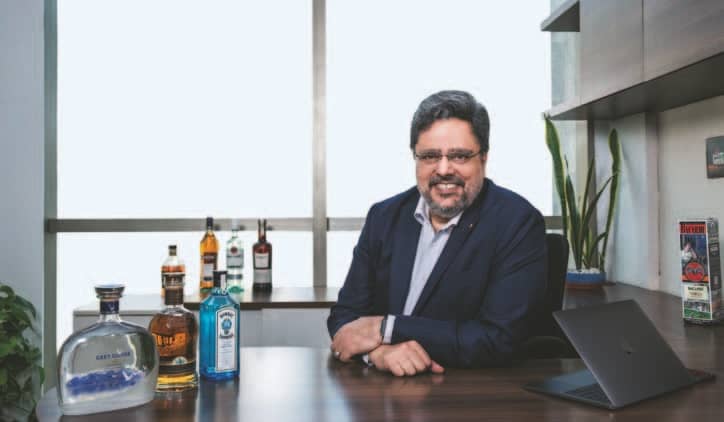 Bacardi India has had a smooth run and consistent rise as the fastest growing international spirits company, despite roadblocks in the previous year such as the policy of prohibiting sale of liquor alongside state and national highways. In conversation with Sanjit Singh Randhawa, Managing Director, India and South East Asia in Gurgaon, we discussed a wide range of subjects. Here are excerpts from the insights of this old hand in the alcobev industry from his long-standing experience.

Bacardi India, which opened shop in 1998 has largely sold Bacardi white, dark and flavoured rum and the famous alco-pop, Breezer, however the winds of change are beginning to sweep the company's India operations. Riding on its premium-yet-fun image and its wildly popular jingle, the brand quickly marked a strong corner for itself in the country.

Nearly two decades later, the world’s largest privately-held spirits firm with the largest international spirits portfolio in India (by volume), is looking to leverage its portfolio strength to grow its market share further, points out Mr. Sanjit Singh Randhawa, Managing Director of India & South East Asia. By international brands I mean those brands that are available in multiple countries with sizeable volumes, he adds.

Breezer, too, has an international presence and is available in Canada, Thailand, Philippines, South Africa and Europe, explains Sanjit. In India, Bacardi has had a tremendous success that he attributes to his predecessors who built the brand when the RTD category was inexistent and there were no excise rules laid down for the category either. The company representatives would travel to each state and get the policy and regulation compliance in place before marketing Breezer across geographies. Goa was the first to permit RTDs. Today, Bacardi has a 94% market share in the RTD market. Yet, competition makes it more interesting, asserts Sanjit. The competition has not had much success with RTD. As a category creator, Breezer has been consistent in leading innovations with new flavour launches and sustaining the product quality, selling nearly 3 million cases.