Bharat Electronics: Ready To Take Off 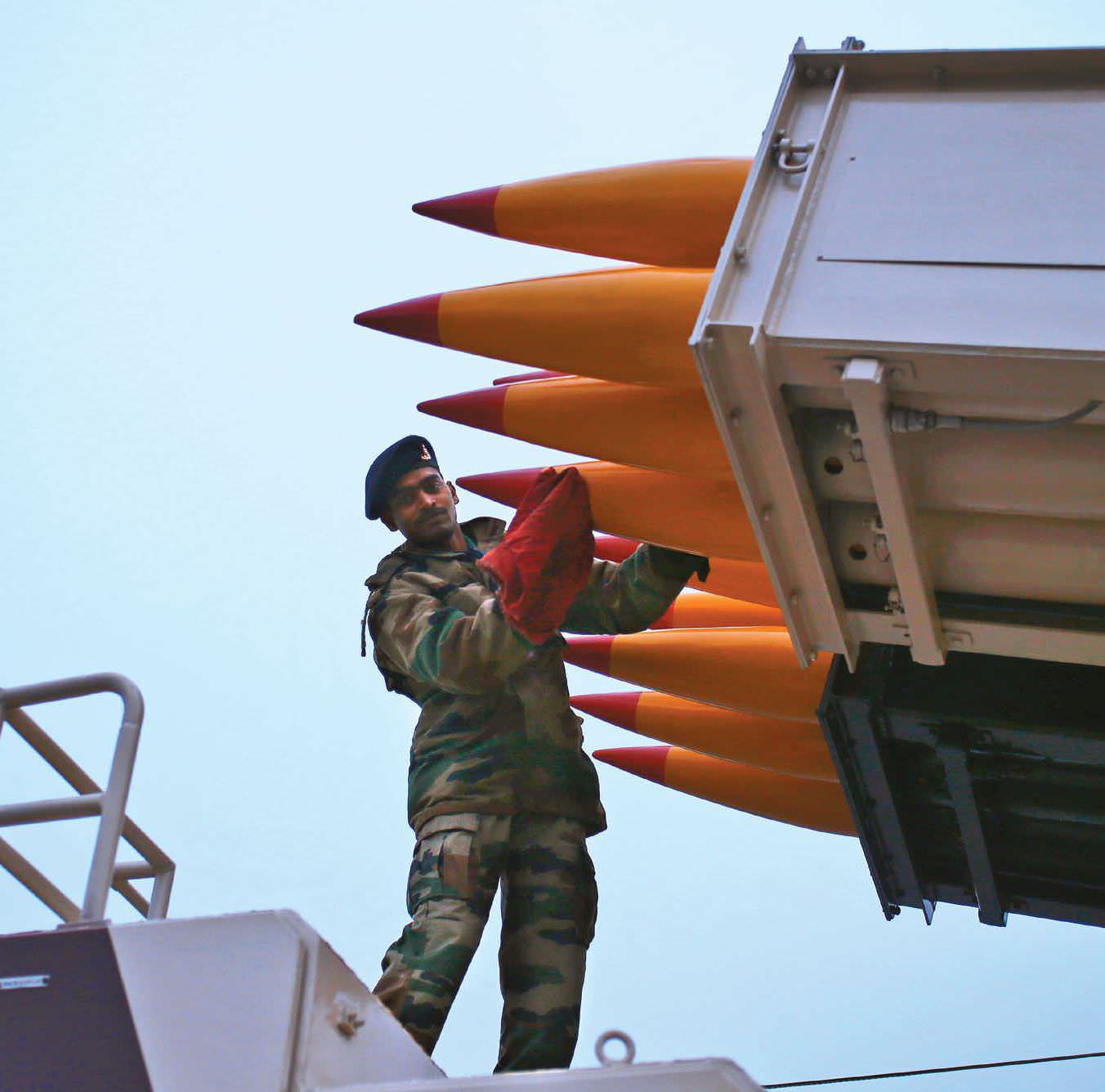 The country’s armed forces have a potent weapon in their arsenal. In May, the army inducted India’s first homegrown surface-to-air missile system Akash. The missile can take on multiple targets up to a maximum range of 25 km and at an altitude of 20 km, aided by sophisticated radars and control systems. Last month, the Indian Air Force (IAF) formally inducted the 96% indigenously made state-of-the-art weapon system. The IAF has signed an initial contract for eight squadrons of the Akash defence system, with each squadron featuring two firing units and four launchers. Each launcher has a capacity to fi re three missiles in quick succession. The missile can not only target enemy aircraft up to 30 km away and at altitudes up to 18,000 m, but can also annihilate aerial targets such as fighter jets, cruise missiles and air-to-surface missiles. Not surprising, then, that SK Sharma is proud to be associated with the manufacturing process of the missile. The 59-year-old is the CMD of the state-owned Bharat Electronics (BEL), which, along with another state undertaking, Bharat Dynamics (BDL), bagged the #4,000 crore order for the missile system. While Bharat Dynamics is the main integrator partner, Bharat Electronics is developing the electronic systems, comprising long-range capture surveillance and capture radar, fi re control radar and control systems. In short, BEL’s share of the pie is around #3,000 crore-#4,000 crore but, more importantly, the quantum of orders will only increase going ahead.

“As of now, the segments in which we are operating have a market size of about #10,000 crore-#12,000 crore. But the next level of growth will come from the different types of ongoing programmes such as missile development, control systems, weapon management platforms, submarine programmes, shipbuilding and aircraft programme, where the electronic component requirements are in the region of 30% of the total cost,” says Sharma, a career BEL employee who took on the top job in 2014. Bengaluru-based BEL, despite having 65% market share in the Indian defence sector, on which the government spends close to #2.5 lakh crore annually, is merely a #7,000-crore turnover company. And even getting there was a challenge, with the annual order inflows falling from #17,700 crore in FY11 to #4,200 crore in FY14. However, thanks to a revival and an improvement in situations on the ground, along with a supportive policy announcement, the prospects for companies like BEL have improved in the recent past. In fact, between July 2014 and February 2015, the defence acquisition council has approved projects worth more than #1.7 lakh crore to kick-start the revival of the defence manufacturing sector. This is also reflected in order inflows. In Q4FY15, BEL saw a sudden spike in its order inflows by 83% to #3,100 crore. For FY15, the company recorded a 30% jump in inflows, with its order book now burgeoning at an all-time high of #21,053 crore, or more than 3X its sales turnover. “Of late, the speed of decisionmaking has improved and things have actually started moving faster, leading to a pick-up in business. We have orders worth #12,000 crore-#15,000 crore lined up over the next eight to nine months,” says Sharma.

A growing order book is a good sign for the revenue and earnings visibility of the company. Sanjeev Zarbade of Kotak Securities, feels the state-owned undertaking is best placed to take advantage of this. “I think for BEL the next fi ve years will certainly be better than the previous fi ve years, given the size of the addressable market. Things like submarine, battle fi eld management systems, aircraft , shipbuilding, missile once opened up will have a huge market for