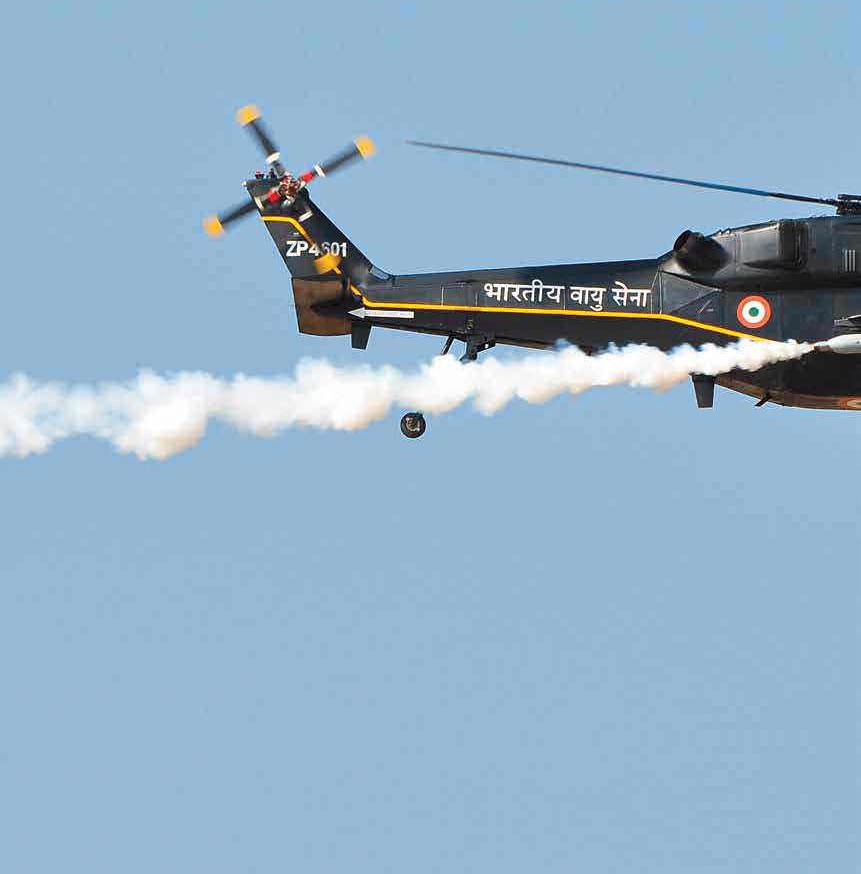 Wave of optimism is sweeping home-grown small and medium enterprises (SMEs) associated with the Indian defence sector. The government’s Make in India initiative and particularly its defence offset policy has come as a shot in the arm for a number of SMEs that have gained from the rule requiring global defence suppliers to invest 30 per cent of the equipment deal amount in the Indian market by way of local sourcing. SMEs such as Noida-based Samtel Avionics, Kanpur-based MKU and Bangalore-based SI2 Microsystems, among others, have seen their order books swell as a result.

Now, all eyes are on the much-delayed Defence Procurement Policy 2015 (DPP 2015), which is expected to unleash the next wave of local manufacturing to meet the growing demand of the Indian armed forces.

Take Bangalore-based SI2 Microsystems, for instance. After a subdued couple couple of years owing to the global slowdown, when demand from the local industry kept it going, the company is now betting on DPP 2015 to change its fortunes. “We expect key projects from Hindustan Aeronautics (HAL) for indigenisation of sub-systems for the MIG and Sukoi aircraft and more projects from MBDA Missile Systems (France) in the missile testing area. Our current order book is nearly Rs 30 crore, but we expect healthy growth over the next two years,” says Sanjay Soni, president, SI2 Microsystems. Besides, the Indian Space Research Organisation (ISRO), Defence Research and Development Organisation (DRDO), Bharat Electronics (BEL), HAL and the Indian Air Force, SI2 Microsystems also works for MBDA Missile Systems, ELISRA, Stratasys, Sicon Tech (Israel) and Analog Devices (US), among others.

Like SI2 Microsystems, Samtel Avionics too has benefitted from the 30 per cent local sourcing norm. Its managing director and CEO, 37-year old Puneet Kaura, is expecting the order book to swell with the coming of the DPP 2015. “Now much will depend on what kind of emphasis is laid on local sourcing under DPP 2015 and what its fine print is,” says Kaura.

For Manoj Gupta, chairman of Kanpur-based MKU, another mid-size defence SME, the strict enforcement of the local sourcing norms for global defence OEMs (original equipment manufacturers) is a “good step” for companies like his and may lead to a level playing field for SMEs while competing for orders from large defence public sector undertakings.

But unlike SI2 Microsystems, both Samtel and MKU have survived the uncertainty in defence procurement and the inadvertent delays associated with defence offset contracts thanks to orders from global defence manufacturers. Samtel works with global OEMs in the field of aerospace and defence such as Honeywell, Curtiss-Wright and Saab of United States, General Dynamics of Canada and Thales of France.

MKU is registered with NATO and the United Nations as a regular supplier of ballistic protection solutions such as body armour, vests, helmets as well as other solutions for both soldiers as well as armoured vehicles, ships and aircrafts. Besides, it has been a regular supplier to several police and paramilitary forces, the Indian armed forces, and to public and private shipyards for their naval vessels. The company’s domain expertise lies in manufacturing and integrating

ballistic protection solutions for 230 forces in over 100 countries. MKU too is sitting pretty with orders worth around Rs 500 crore and expects more work to come its way once DPP 2015 is officially announced.

Samtel Avionics works with the Indian Air Force (IAF) and others through joint ventures such as Samtel HAL Display Systems and Samtel Thales Avionics. It has been supplying specialised multi-functional display (MFD) systems to IAF’s 100-plus Sukoi-30 fighter aircraft. An MFD is a display unit that guides all the functions of an aircraft.

A multi-function display is a small screen used to display information in numerous configurable ways.