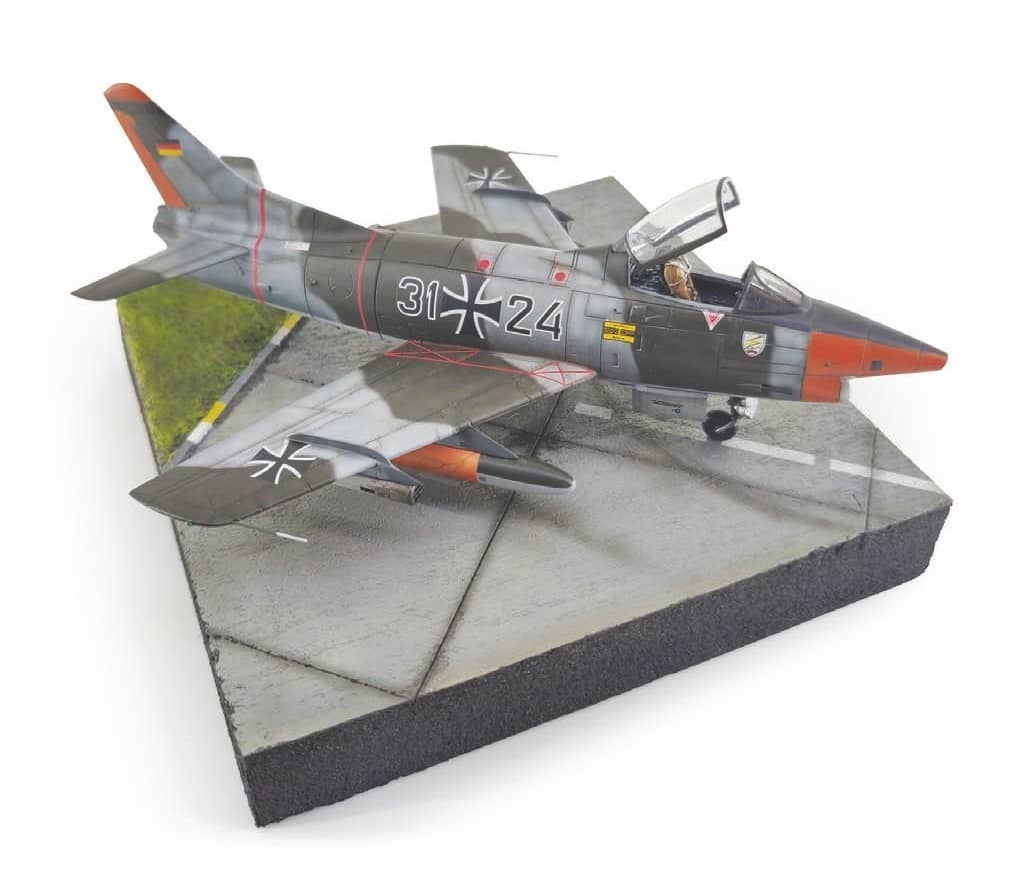 Meng has released two kits in recent years concerning the G-91. The first where depicting an aircraft of the Italian National Acrobatic Patrol, or PAN, while the second contained a decal sheet to create three operational aircraft, of different nationalities.

For this article I therefore chose to make this small Gina with a look similar to that adopted by Italian aircraft, but with the particularity of the orange bands, typical of German aircraft. The kit is presented with relatively few pieces and is very detailed. However, it leaves ample space for the various super-detailing works that always enrich and embellish a model, especially in 1/72. The decal sheet is honest even if not excellent, so be careful when applying them.

I began by analyzing the interior and the details that make it up; these are few and relatively good. At the time of building, I had no super detail sets at hand, so I opted to make those I needed. First, I detailed the cockpit, focusing above all on the rear, where the opening and closing mechanism of the canopy resides, as this is completely non-existent in the kit. I used 0.15mm plasticard, and tin wire from Plus Models. Very useful in this phase was the Punch & Die from RB Toolz which, thanks to the smallest size, 0.6mm, allowed me to make small disks to simulate the bolts that anchor the support of movement of the canopy, as well as other details scattered throughout the whole model. The pedals and throttle were also made from appropriately shaped plasticard, as these too are completely non-existent in the kit. To complete the area, the internal areas of the fuselage have been detailed so as to recreate the feeling of fullness even in the side bulkheads. 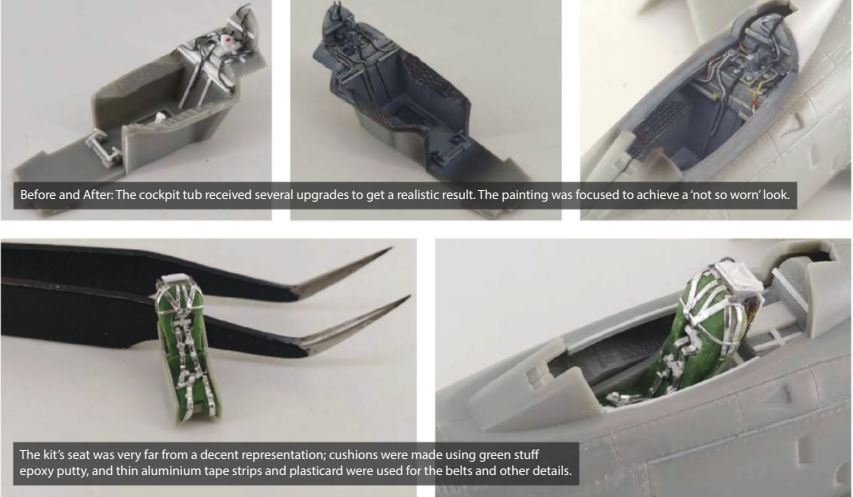 Last, but not least, is the seat; this was represented in a sketchy manner and was not at all usable in the case of an open canopy. With due documentation in hand, I proceeded to reconstruct the wrong parts and detail them properly; for the purpose I used Green Stufftwopart putty, great for making the cushions, which were modeled using silicone-tipped brushes. I used aluminum tape to make the belts, and further detailed them with plasticard. Before closing the two semi-fuselages, I proceeded to paint the passenger compartment following reference. After a black base of Mr. Surfacer 1500 Black, I painted the entire tub medium gray, leaving the side consoles black. The medium gray was then slightly lightened and applied the edges, in a perpendicular manner, to create a three-dimensional effect useful in this scale, to better define the volumes. Using a light gray, I created various chips and flakes, then went back in some places with Yellow Zinc Chromate, to give the effect of the paint worn until the underlying primer was visible. The other details were painted with a brush, using colours from Lifecolor and Vallejo. To achieve a fast weathering, and without passing the need of a clear coat, I used Liquid Pigments from Lifecolor, which being water-based, can be removed, or further worked, using only a wet brush, or their specific remover.