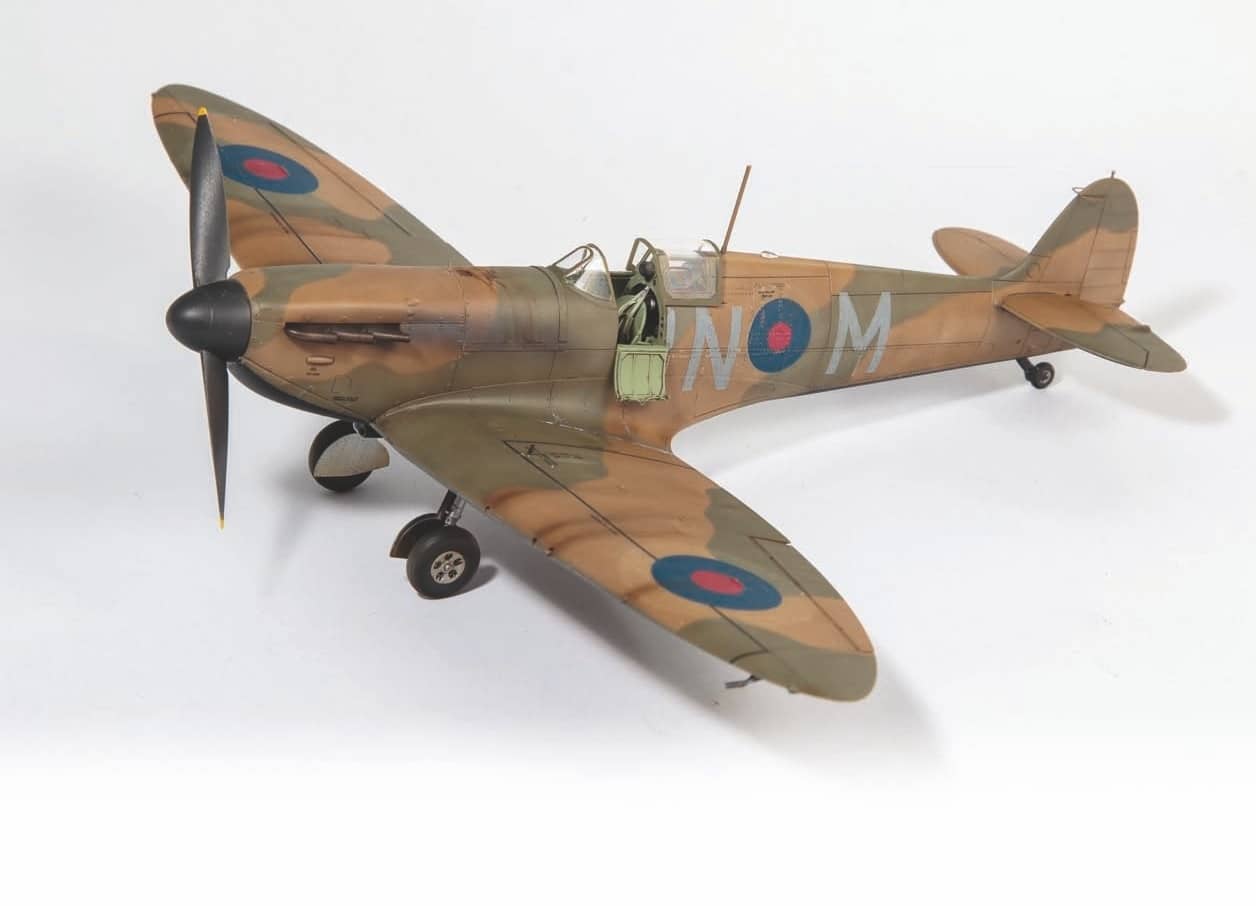 The long-anticipated 1/48 Spitfire Mk. I from Eduard is now available, and this is the first release: a ‘Dual Combo’. Two kits in one box covering the early Mk.Is up to the Battle of Britain. This first kit of the early Merlin Spitfires that Eduard plan to release joins their excellent range of late Merlin marks that have been around for seven years now. As I loved those Mk.IX/VIII/XVI kits, a Mk. I to the same standard and style was an exciting prospect. 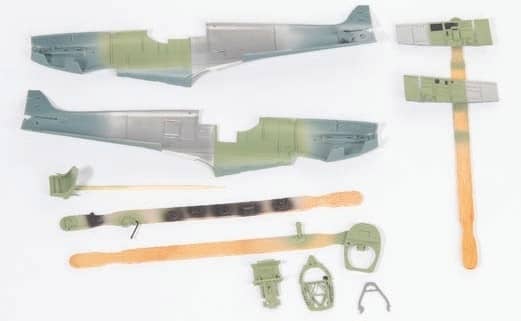 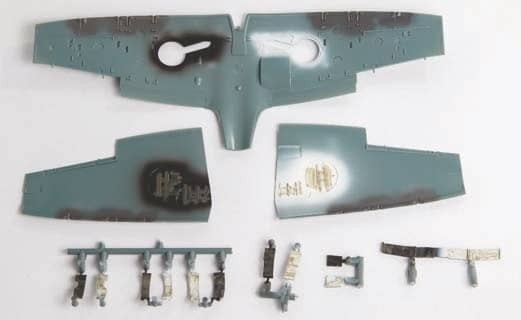 Once I’d decided on the option I was going to build from the ten available in the dual combo kit, I began the process of construction by snipping the parts from the sprues ready for initial priming where paint would be required before assembly. This was concentrated around the cockpit interior parts, but with a wider view on what I could complete at the same time, to reduce hold-ups as I progressed. Deciding on the option before even snipping parts was important because there are subtle differences right from the start. 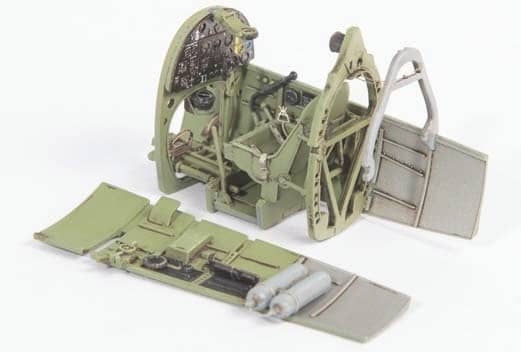 My choice was the 41 Squadron aircraft, Spring 1939, an early example which has the single-pitch two-bladed propeller, flat-sided canopy hood, and peacetime squadron codes (PN came before EB for 41 Squadron). It grabbed me for a few reasons: the early features and the fact that 41 Squadron is a unit that is still active in the test and evaluation role in the modern-day Royal Air Force. Here was plenty of potential for creating a series of models should I wish to in the future! I looked ahead through the instructions for groups of parts that required painting before the main assembly so that priming could be done on all these parts – not just the interior. For example, the undercarriage wheel bay parts; I prefer to paint and panel line wash these before assembly as it makes the clean-up of excess wash a lot easier. 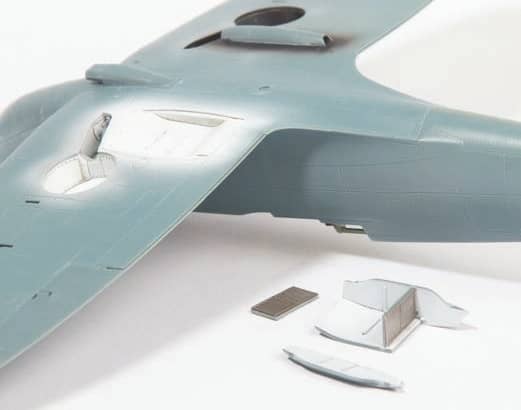 The cockpit parts were painted with MRP Interior Grey-Green (111) before the areas that required aluminium were masked and sprayed with Alclad II Dull Aluminium (ALC117). I would have preferred to use aluminium but it a case of not having enough left in the jar and no other source available in time meant I went with this. It was an acceptable result, but I will keep Alclad Aluminium stocked up in the future as it is my go-to basic metallic shade. I ended up using Dark Aluminium (ALC103) sprayed over the Dull Aluminium in a patchy fashion which gave a good result but in reality, it’s not going to be visible to anyone without a spotlight and a magnifying glass! Once the interior parts were painted in the base colours, I gave them a clear coat of Alclad Aqua Gloss (ALC600), then a pin wash was added using AMMO’S PLW Deep Grey (A.MIG.1602). A final flat coat of Vallejo Matt Varnish was added, followed by a little drybrushing with a lightened shade of Tamiya Sky (XF-21) to bring the detail into relief. 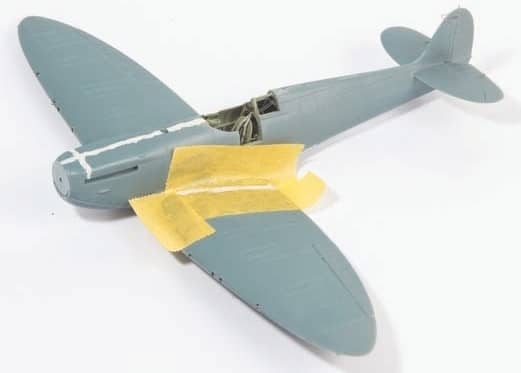 The pre-coloured photoetch parts included three layers for the instrument panel. The bottom layer of which has small ‘domed’ clear faces on the instruments which look great once assembled. The seat belts were added as the cockpit parts came together during assembly, again these are provided pre-painted. Then the shoulder straps were threaded through before being stuck to the seat using thin superglue. 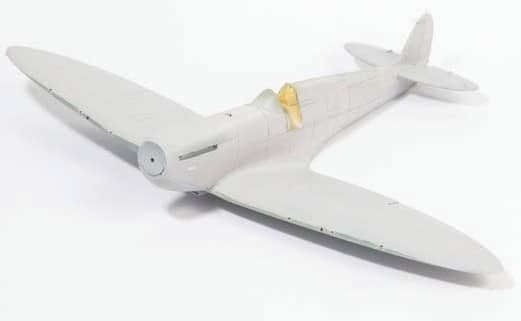 On mating the fuselage to the wing there was just a little play in the fit, so careful alignment was important. Even with this, I was left with a small gap along the port wing root but not one that was big enough to cause concern. In fact, a little more liquid cement was used to get capillary action between the two sides of the gap so that this would begin filling and hopefully avoid the use of putty, and therefore sanding, in this area. In the end a small application of filler was needed – along the join of the cowling/fuel tank, in addition to the panel lines that the kit instructions direct you to fill. This additional filler was almost certainly down to builder error though, something in the assembly forcing the fuselage halves apart. So careful alignment checking is particularly important here. 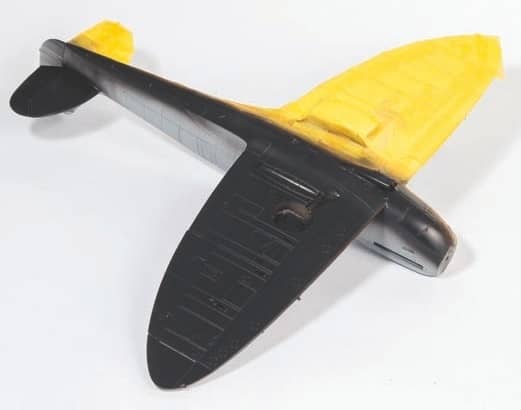