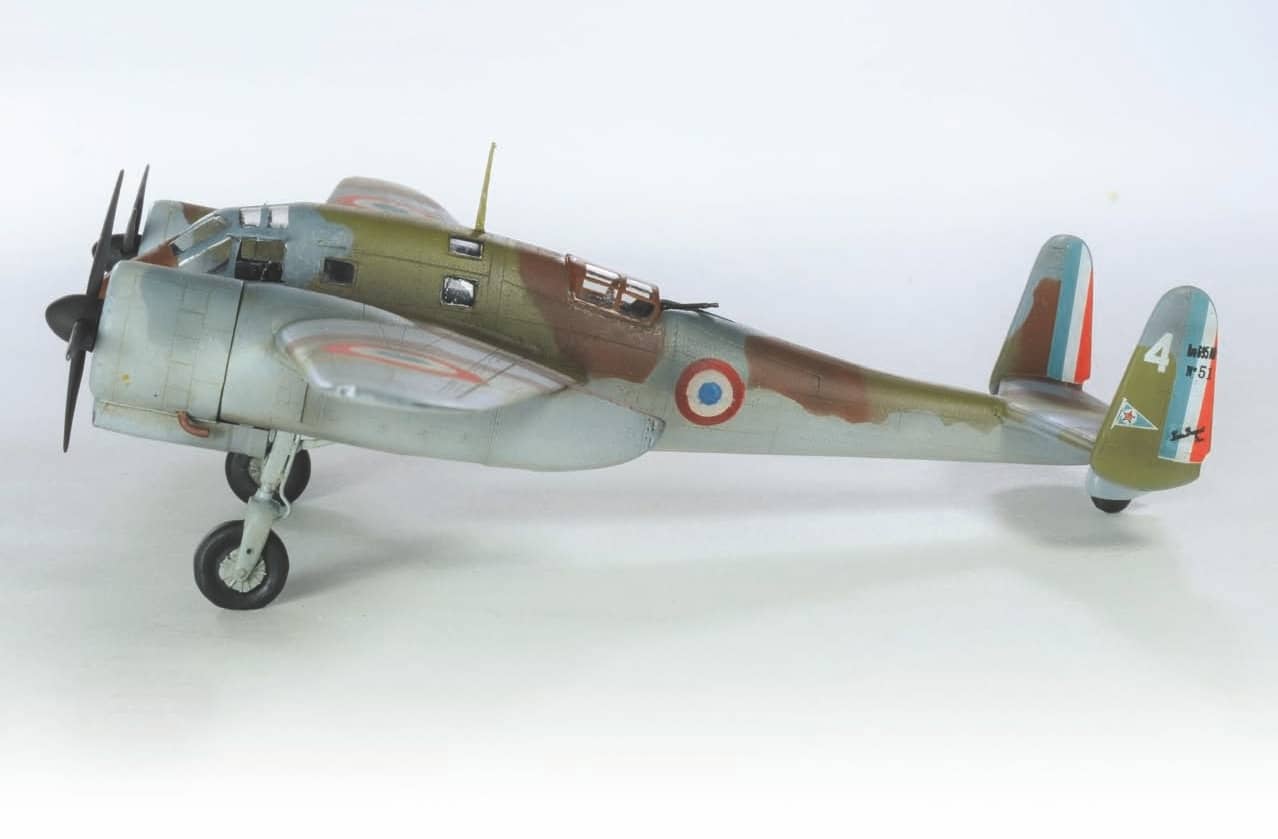 The Breguet Br.693 series was, arguably, the best ground attack aircraft, and one of the finest French attack aircraft, of the second world war. Designed in 1934 in response to a twin-engined fighter specification, that was eventually won by the Potez 630, it languished for three years, until the Armeé de le Air eventually decided it needed ground attack aircraft, and the design was revived. The first version to be ordered, was the Br.691, with a 20mm cannon, two 7.5mm machine guns, and an internal rack of eight, 50lb bombs. The Br.691 was powered by two 700hp Hispano-Suiza 14AB10/1 engines.

The Br.691 was adequate, but improvements to the design were quickly identified and production soon moved to the Br.693, which substituted the unreliable, and difficult to maintain, Hispano-Suiza engines for Gnome & Rhone 14m-6 radial engines, which increased the top speed to 300mph.

In 1938, with war looming, and expecting the prospect of another great war of attrition with Germany, similar to World War I, France decided that all aircraft should seek to share engines with British and American designs to simplify long term logistics and supply. This led to an order to re-engine the Br.693 with the Pratt and Whitney R-1535 Wasp Junior. Despite their higher power output on paper, the larger engines lead to increased drag, that in effect reduced performance of the resulting design to below that of the Br.693. The resulting design was designated the Br.695.

The Vichy forces operated a small number of Br.693 and Br.695. A few were also transferred to the Regia Aeronautica and used as trainers.

Those looking to build the Br.693 or 695 in styrene, are not blessed with a lot of options. In 1/48 there is only the Fonderie Miniatures kit, which is well known for its…. ‘challenges’; and in 1/72 there is the old Heller kit (1963) or Special Hobby’s series which started in 2011, under the Azur brand.

For this build, I chose the Special Hobby 2019 boxing SH72399 ‘Under the Vichy Government’. I chose not to use aftermarket on this build, but instead to make my own improvements from scratch. This build was also chosen to give me an opportunity to try out the paint set that AMMO, AMIG7228 “French WW2 Camouflage Colours”, that we previewed last issue.