In Her Majesty's Service 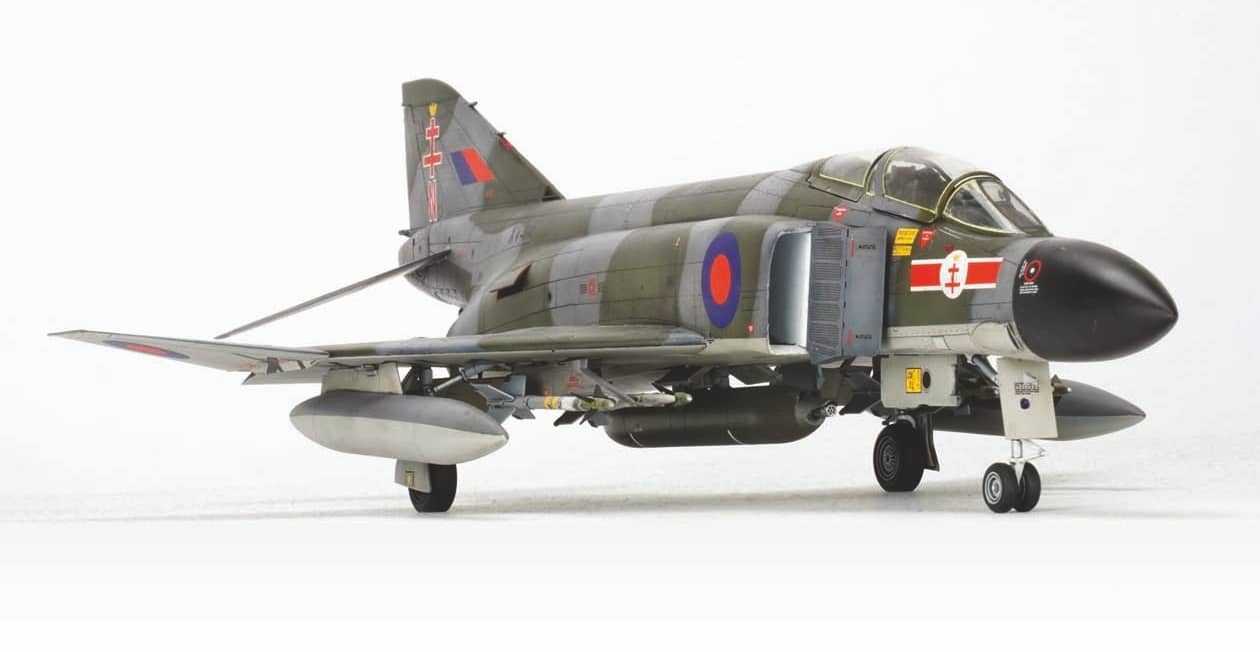 René van der Hart
The British Phantoms, both Royal Navy and RAF variants, were based on theUS Navy F-4J version. British Phantoms wouldn't be British if there were some major modifications made to original airframe, most noticeably, the Rolls Royce Spey engines, that replaced the General Electric J-79 engines. The British Phantoms were loved by aircraft enthousiasts and are still very populair among scale modelers.

Revell's re-release of the Hasegawa kit is the only version currently available in 1/48 scale. 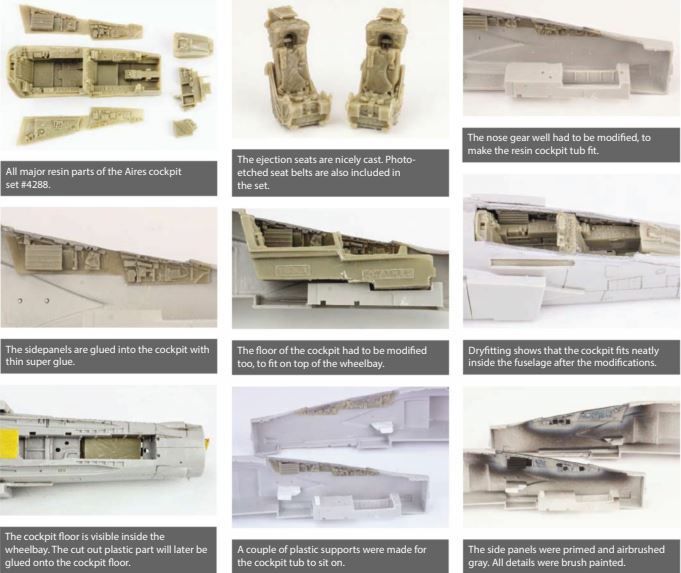 The original Hasegawa kit was released for the first time in the mid-eighties and has been re-released in several variants over the years with different decal options. The Revell rebox gives you a choice of both camouflaged and grey versions. I chose the latter one but ordered an aftermarket decals set by Xtradecal to build an aicraft from 41 sqn, an Aires resin cockpit set also was ordered for this build. 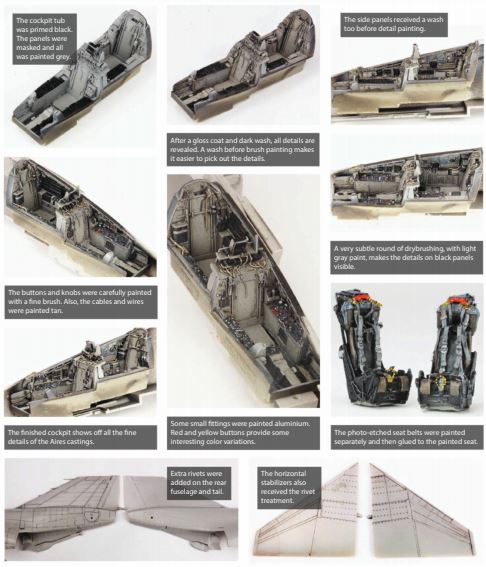 The first, not so fun job, was cleaning all the resin parts to make them fit the fuselage. When all the outside surfaces of the side panels are sanded smooth and raised details inside the fuselage halves are removed, the Aires cockpit fits very neatly. That is, until you try to put the nosegear well into place. Even when sanding the cockpit floor paper thin, the tub sits at least 2mm too high. That means some modifications have to be made and you have to choose between cutting the floor from the cockpit tub, or the roof of the wheel well. I chose to cut up the wheel well. I managed to cut just behind the nose gear mount, avoiding the need to modify the nosegear leg too. The part cut from the wheel well was later glued back in place, 2mm lower than the original position but camouflaging most of the modification made. 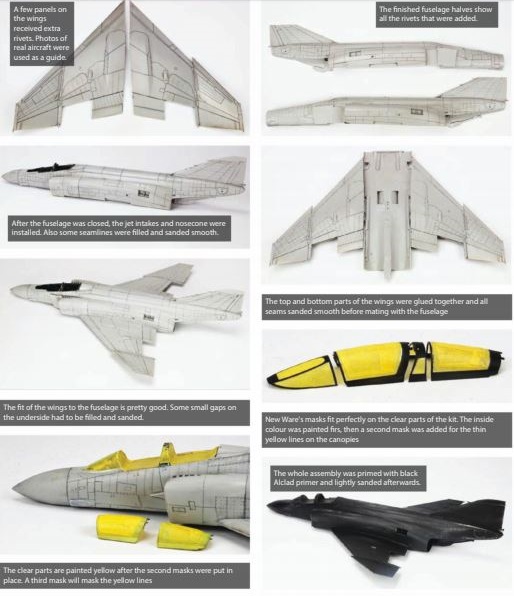 All cockpit parts were primed black and airbrushed gray, using Gunze Aqueous H335, followed by a clear coat, then a dark grey wash. The wash made all raised details much easier to paint with a small brush. All knobs and buttons were painted light gray, with some of them painted red and yellow, according to photos of real cockpits. The cockpit set also contains two, very nice, ejection seats, with separate photo-etch seat belts. Putting all belts in place and painting them is quite a fiddly job, but much nicer than the kit parts and are well worth the effort.