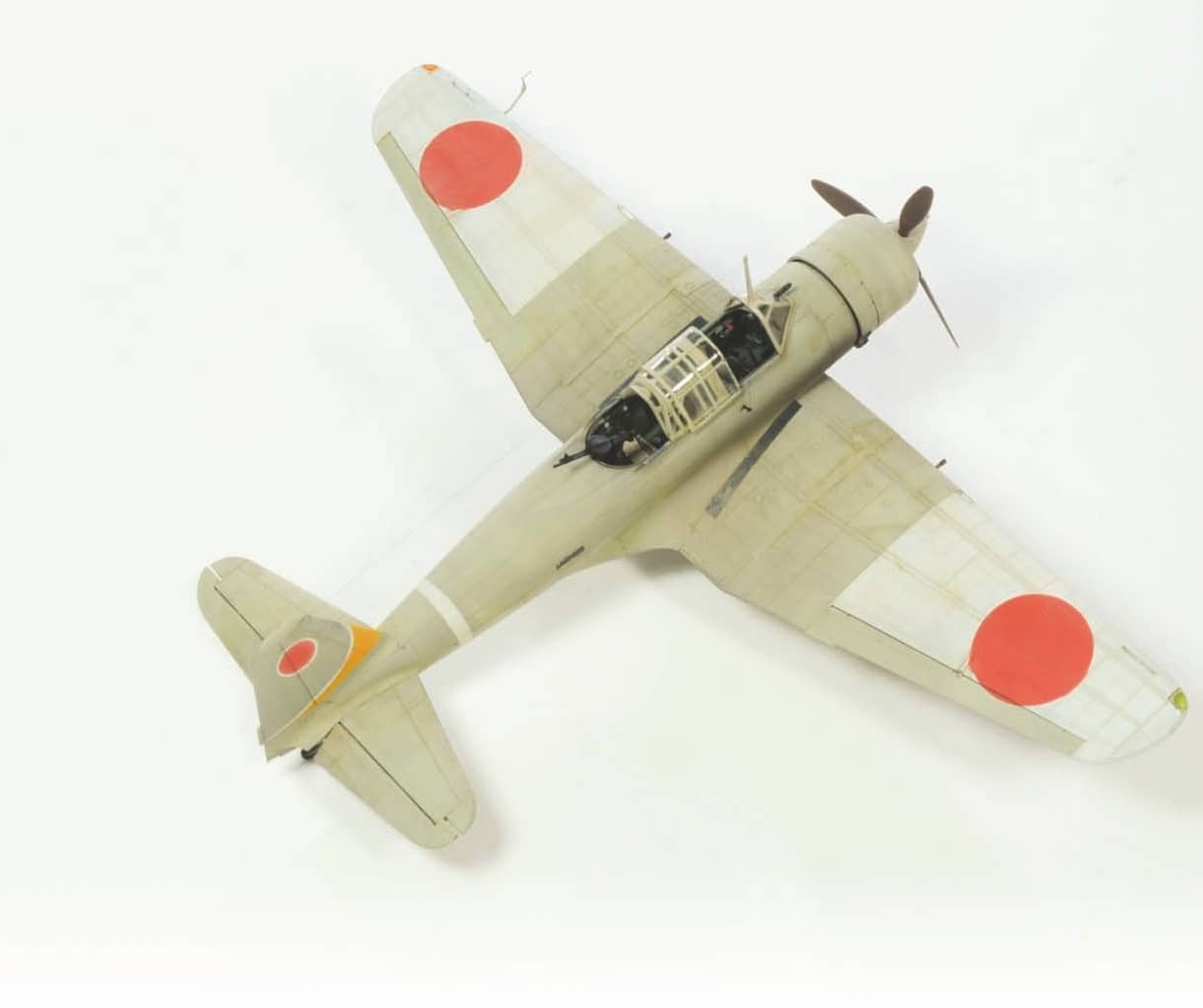 The Wingsy Kits kit is deeply impressive in the box. The panel lines are finely recessed and rivet detail is complete. The outlines and shapes are spot on, according to my references*. Given the kit was already very accurate and detailed, I opted for an out of the box build.

I started with the cockpit, of course, don’t we always? In the Wingsy kit, this is a capsule constructed of the sidewalls, bulkheads, floor and all interior details. I must make a confession here; I tried to build this kit once before and had very considerable difficulty in placing this capsule inside the fuselage. This time I tacked the major components together to check the fit first. You must eliminate every trace of a seam on the part and avoid paint on mating surfaces on the tub if you want this capsule to fit. Having checked that I could make it work, I proceeded with the build. The test fit did reveal that the grooves for locating the bulkheads are not as deep as they need to be, so either sand down the bulkhead frames or carve out the grooves. I opted for a little from column A, and a little from column B!

The seat includes a cushion, but my research indicated that this area was empty to accept the pilot’s parachute. The shape of the seat’s bucket is not quite right without the cushion, so I fixed that with plasticard. I also thinned the edges of the seat for a more scale appearance. The main reconnaissance camera deserves a mention here; it is moulded in six parts, but they fit together virtually seamlessly, for a very detailed representation of the real camera used in the Ki-51. It sits on a multipart frame and gimble that allow you to position it at almost any angle. The seats are highly detailed also, including kit supplied PE seatbelts. The observer/ gunner’s seat is designed to be built with the backrest folded down, but you can probably adjust it to build it upright, if you prefer. 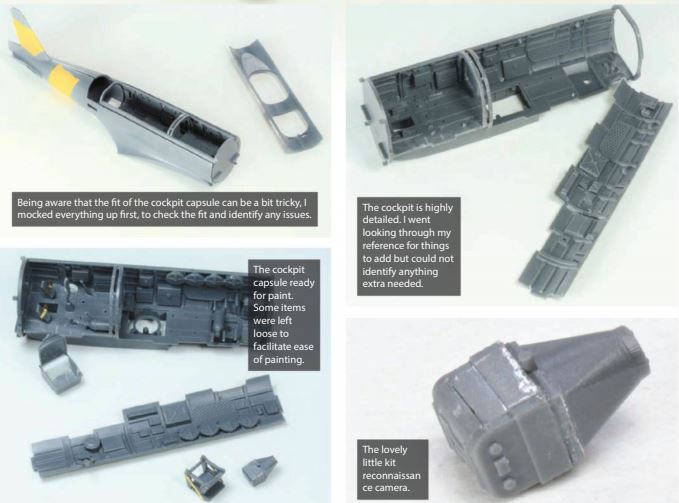 Once all the cockpit parts were assembled, I painted the entire interior black. The purpose of this, is that if the airbrush misses any parts while spraying the main colours later, for instance under items, then it will appear as shadow. Next, I mixed Tamiya Olive Green with a little Buff, to get a Mitsubishi interior green and sprayed the entire cockpit. I followed that immediately, with a lightened version of the mix with a bit more buff, for highlights. Next the details were painted with Vallejo acrylics and a fine brush. I use Kolibri Sable brushes from ANYZ for their excellent point and quality. The seat cushions and leather cases were painted with a mix of Model Color Flat Brown, and Flat Flesh. The canvas items were painted with Khaki Brown and white. Ammunition drums were painted with a mix of Metallic Black and white, and the cameras and cases were painted Rubber Black. The instrument panel and radios, and a few other items such as intercom boxes, were painted grey and washed with diluted Flat Black. When they were dry, the excellent kit instruments decals were applied with plenty of Mr Mark Setter and Mr Mark Softer. They are thin and settled very well. An oil wash finished off the interior, picking out details.