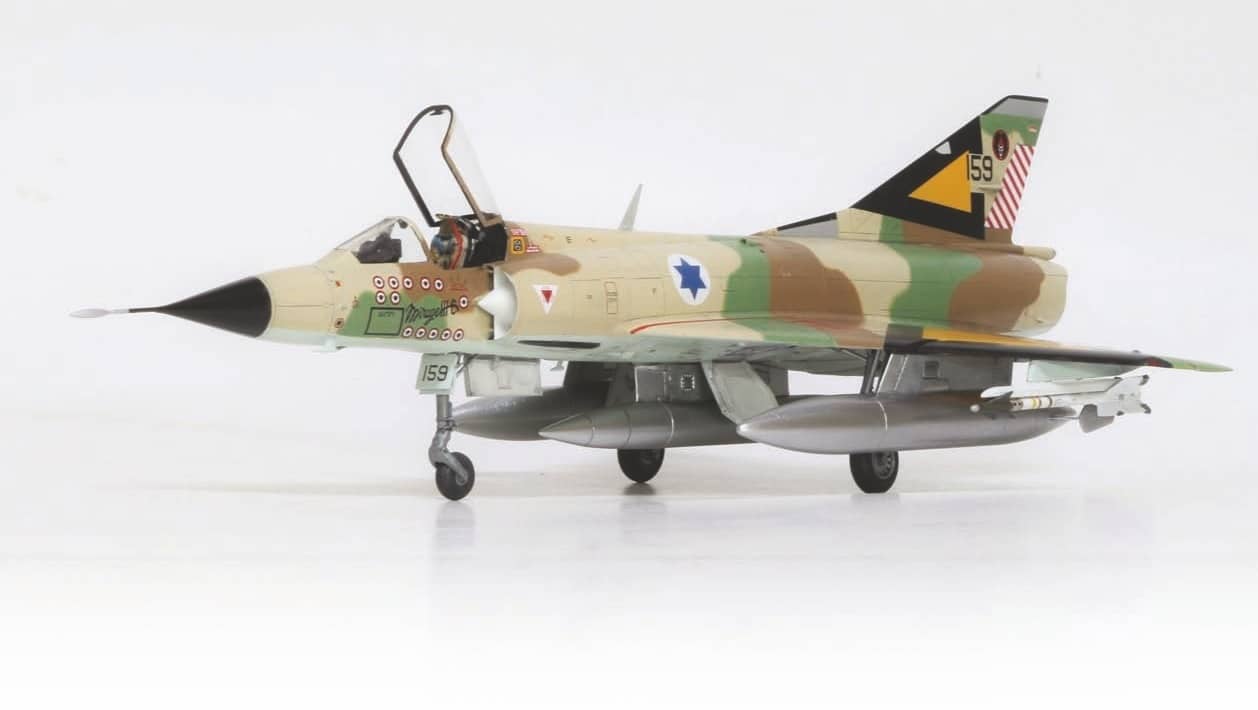 A chance meeting with the legendary IsraeliAir Force fighter pilot Israel Baharav ledme to build Eduard's reissued kit of their Mirage IIIC reissued kit, ‘Shachak’. The chance meeting took place several months ago while shopping for furniture with my wife. We couldn't decide on what sofa to buy, but I came away with a once in a lifetime photo with 12 MiG-21 air-to-air kill ace, Israel Baharav. Baharav's most noteworthy mission was not one of his numerous twin-kill missions, but a life-threatening event that occurred on the second day of the October 1973 Yom Kippur War. 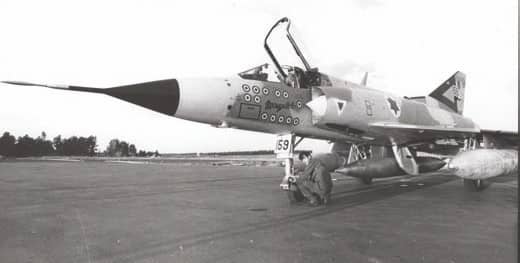 On the second day of the war, 101 ‘First Fighter squadron’ pilot Israel Baharav was scrambled for an extended CAP mission in the IAF's highest-scoring Shachak, tail number 259. Shachak 59 was heavily loaded with a pair of 1,300-litre wing tanks, an 880-litre centreline fuel tank, and a pair of wingtip mounted AIM-9G air-to-air missiles and a full load of rounds for the aircraft’s twin 30mm DEFA guns. 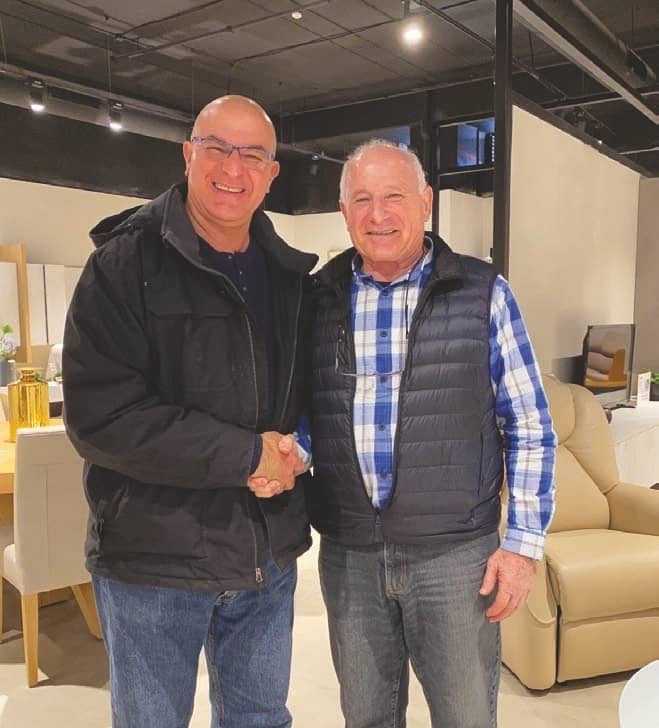 “The scramble siren sends me off at the head of a four Shachak formation. The airplane is still hot because it was landed from its previous mission only minutes ago. I strap in, start the [Atar 9B] engine and leave my gloves off until after I take off in order to save time. A scrambled take off is a flight towards the unknown, which always leaves a knot in my stomach. The take-off run begins as the airplane’s speed increases. I pull on the stick to rotate the nose up…and suddenly I feel the airplane pulling to the right. Unbelievable, the right tire just blew with the airplane’s speed too high to stop yet too low to take off. I continue with the takeoff as the runway below me quickly runs out of tarmac. The plane is too heavy, and I plan to drop the external fuel tanks as soon as the wheels lift off the runway. Maybe a few more kilograms of muscle on the throttle will squeeze out a few more pounds of thrust. Nothing, the airspeed indicator is stuck at 155 knots as the damaged machine continues its roll along the runway. I tug on the stick and feel the airplane lifting up just as I reach the end of the runway. The left-hand leaves the throttle and reaches for the external stores jettison buttons. I’m having difficulty keeping the airplane aloft. The airplane’s nose points up, yet the Mirage fails to pick up altitude. I find myself in a vicious circle - if I attempt to point the nose a bit higher to gain altitude, I’ll loose speed, yet at this speed I cannot gain sufficient height to jettison the external stores. The plane and I ran out of runway and hit the ground. I want to eject but couldn’t leave the controls for the fear that the airplane will tumble out of control. The landing gear tore off from the airplane as it began a violent skid on the uneven ground below. The shallow hills tear off the external fuel tanks and the plane continues its rough slide on its belly, like a crab walking sideways on a sandy beach. One of the wingtips begins to plow into the ground as I fear it will dig deeper and flip the plane over. I resign to myself that this will be the end of me as metal and flesh will become one. Suddenly I feel something pushing my body aft, the tail snags onto something, putting the plane to a stop. Just as I begin believing that there is hope, everything around me catches fire. The heat becomes intense and I try to push the canopy open to no avail. The intense heat just fuses the canopy frame to the fuselage forming a death trap. The intense heat begins to deform the acrylic clear canopy above me, and I punched out a hole thorough it with my bare hands. The melted plastic charred my hands as I make it out of the burning wreck. The air base's rescue crew finally came to my aid and doused down the Mirage that was ablaze.

The heavily damaged Mirage 259 was transported to Israel Aircraft Industries for a rebuild. The fire caused extensive internal damage and fuselage structural damage, especially in the cockpit area. Within a year's time Shachak 59 was rebuilt and returned to its squadron in October 1974, flown by Israel Baharav wearing the revised tail number of 159. 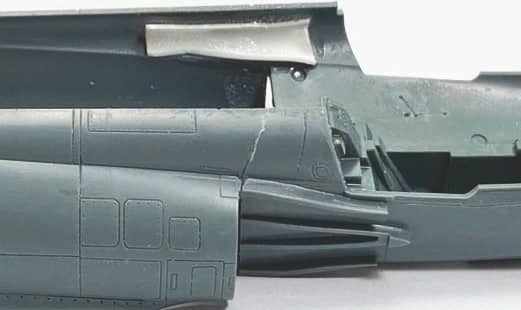