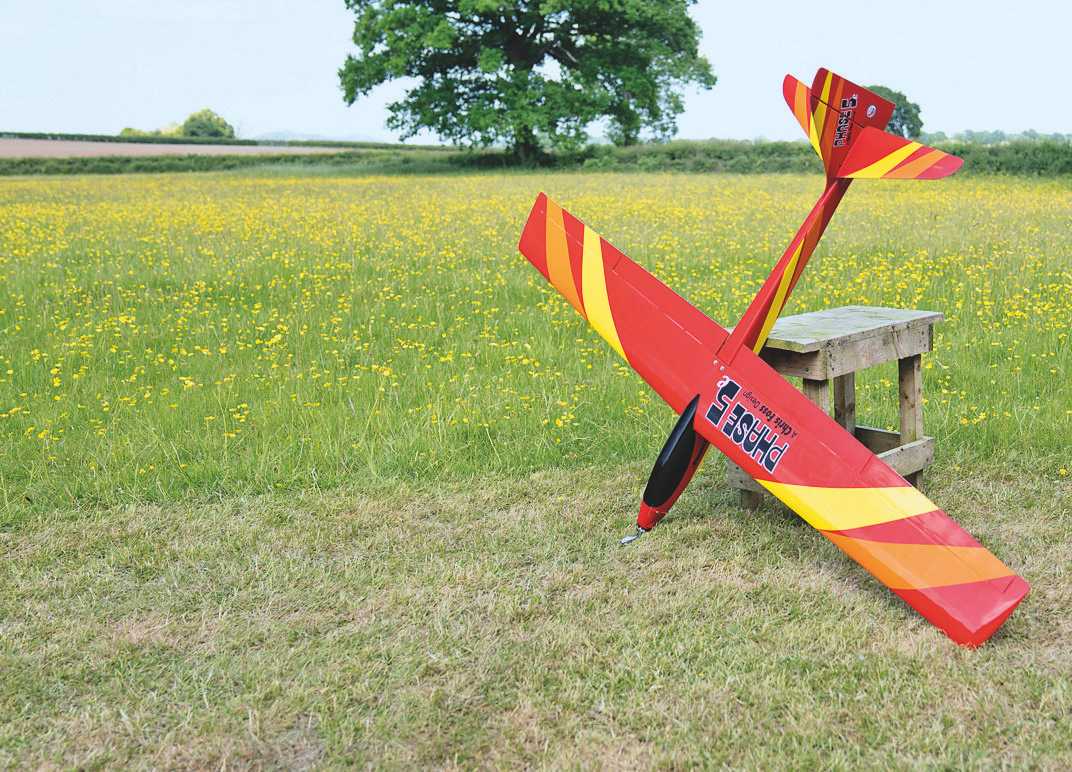 Following on from his build review in the last issue, Kevin Crozier gets Ripmax’s Foss soarer airborne

The easing of England’s lockdown restrictions came at just the right time for the second part of this review, with the reopening of my local flying sites occurring just days after I had put the final programming flourishes into the model’s set-up.

With only two people being able to fly at a time in those early days at my regular club, I grabbed a slot and persuaded my clubmate, Frank Skilbeck to come along and give the Ripmax Phase 5e a chuck. Maintaining a good two metres distance between us, I fitted the 3200mAh 4S LiPo and range checked the model before stepping back and letting Frank pick her up, sanitiser at the ready for when he had finished his launching duties. 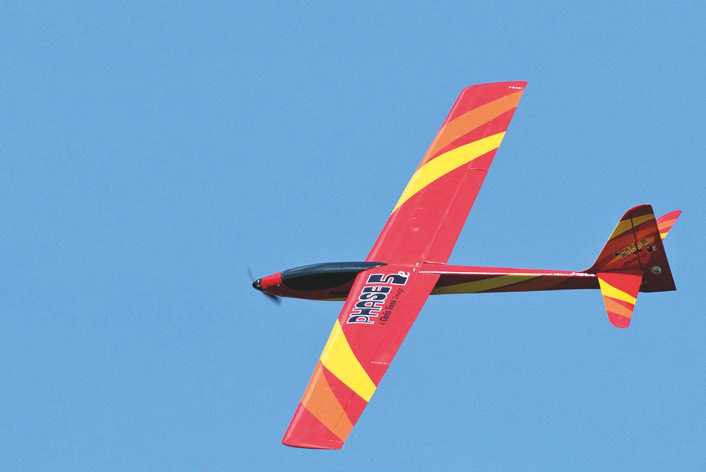 This model has a generous amount of underwing fuselage with which to grip as you give her a firm overhand throw into the air, so solo launches are easy. But there’s no sense in going it alone for a first flight in the unlikely event that the trims are wildly out, so I always like to recruit a trusted clubmate to give any new models, sans undercarriage, an initial ‘heave ho’, leaving me to concentrate on making any quick stick adjustments that may be necessary in those first seconds of a new model’s first flight. 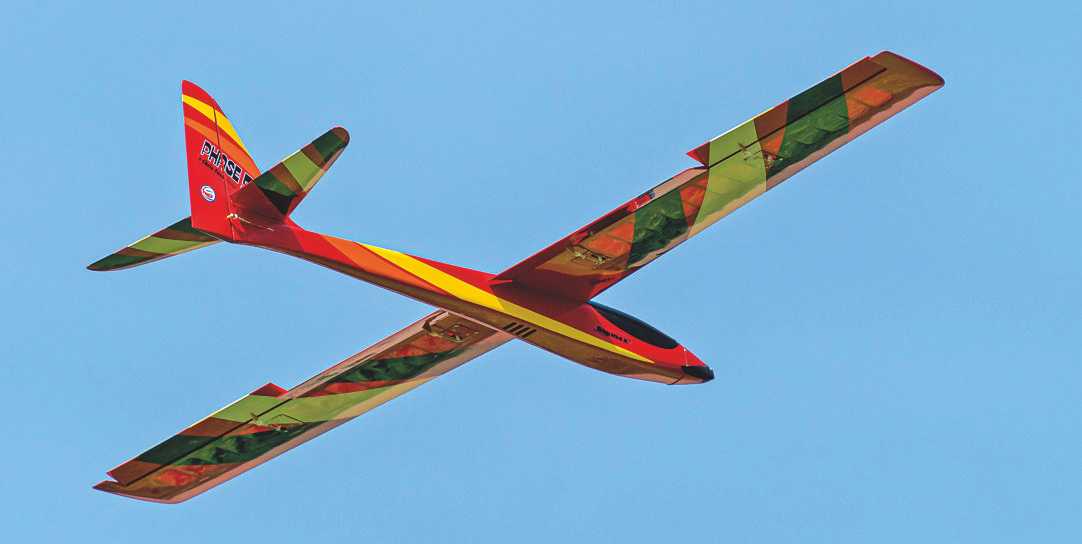 After a final check of all the controls, Frank held the Phase 5e aloft and I increased the throttle. Well before I reached full power, he felt it had sufficient urge to release and the bright red glider was well underway. As is the usual way of things any fears of a dramatic few seconds after the first launch were totally unfounded and the Phase 5e climbed away with little apparent trim problems. I was still some way off full throttle and was pleasantly surprised by the extra ‘oomph’ which that last bit of stick added to proceedings. The matching power pack, as recommended by Ripmax, sure does have some poke, the final section of the throttle arc kicking in like the powerband of a high-power motorbike. Nose up and she’s gone!

Once up to a decent height I cut the power and settled the Phase 5e into straight and level for trimming. Despite facing into a stiff breeze, she was gliding fairly fast, so first order of the day was to dial in some up elevator. She also had a slight tendency to wander to the left but a couple of clicks of right aileron soon cured that. 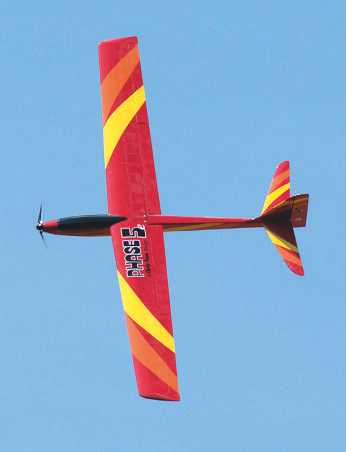 The rest of that first flight was spent exploring the aerobatic potential and grooving around just above the trees that surround the strip so that Frank could take some pictures. I set my radio to match the high and low rate settings shown in the manual, with an additional maxed out setting at just below the full rates possible until the servos started to complain, all operated by one three position flight mode switch.

On low rates the Phase 5 handles very nicely and these settings are perfect for stooging around searching for lift. Despite the breeze she bumped into a couple of areas of buoyant air and whilst not going up at an appreciable rate, she wasn’t coming down very fast either, so the signs were good for some enjoyable thermal action on a quieter day. 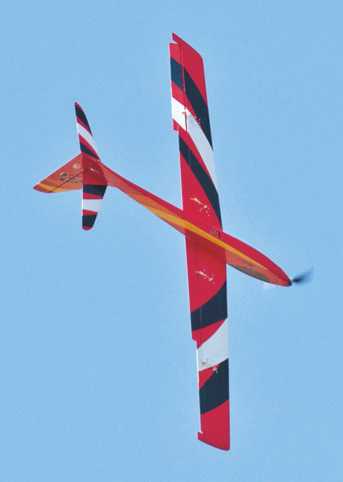