US or EASA – which ‘biennial' is best? 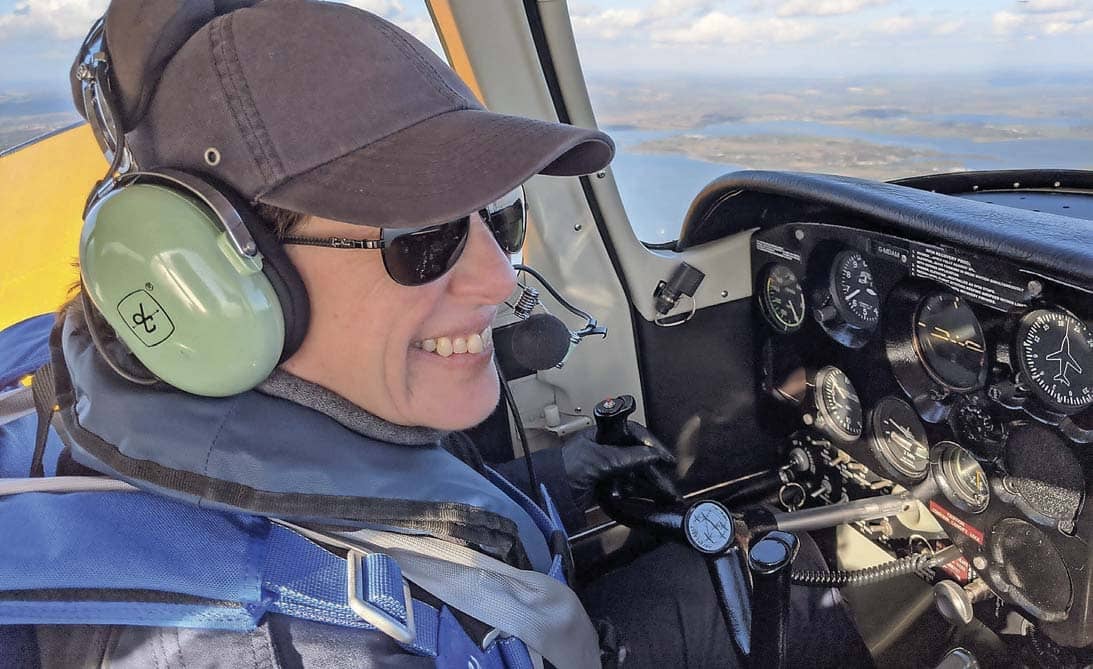 Under the FAA BFR scheme, US pilots must pass a test every other year. Over here, you can stay current simply by flying the minumum number of hours, one with an instructor. As the CAA prepares to leave EASA, can it learn something from the FAA?

Late last year we bought a wonderfully restored, bright yellow Swiss Fuji FA-200-180. Our intention was to use the machine in a new, African, joint venture. We registered the Fuji G-MDAM. She was due to have a little work done and an export C of A issued, and then to be shipped out to Africa ready to start work.

The project will eventually go ahead−it’s a compliance business−but right now the venture is at a juddering standstill and we find ourselves with a Fuji in an expensive hangar, sulking like an annoyed teenager. So, how to keep MDAM and Madam occupied, aloft and happy, and perhaps earning enough to cover MDAM’s fixed costs? That’s when I had a light bulb moment−let’s do some training in MDAM while she’s stuck in UK, and not just any old training, let’s do something for which there might be some new demand. I love a silver lining.

Madam, or Emma, is an American pilot through and through, although really she is Anglo-Irish (all flashing eyes, blarney and fighting temper). An unrivalled appetite for both barbecued chicken wings and the eponymous cartoon strip prove this beyond doubt. She lived in Florida where she learned to fly and became an Airframe and Powerplant mechanic, before fetching up in Uganda where for a decade she was a bush pilot and instructor. When we came home from Uganda she converted all her FAA privileges to an Irish EASA licence, but still retains her FAA certificate and ratings.

One of the things Madam could do in our post-Covid world was to offer her services to FAA certified British pilots for their Biennial Flight Review (BFR). There was a hitch though here−her own BFR was overdue, and without that she was unable to exercise any American privileges.

Lewis Kennington, a pilot at Eastern Airways in Humberside, was furloughed, and was more than happy to do Madam’s BFR. Like Madam, Lewis learned his flying in the States and he, too is secretly an American pilot (though apparently Yorkshire born and bred). How do I know this? Well, listen to the both of them, post-BFR, sitting on the grass outside the Church Fenton/ Leeds East control tower under the blazing sun. We might have been in Alabama. Two redneck pilots chewing the cud, country music wafting over the scene.

I realise many British pilots believe that American standards are less demanding and less precise than our own exceptionally high standards, but having both employed, and flown with pilots from over the pond I can report that while our cousins very often sound casual about aviation (and are certainly dismissive of some of our arcane practises) this is a calumny. Indeed, it is perhaps worth asking whether there are aspects of the American system from which we could learn. Flight reviews, in my view, are a case in point.

A real workout (when done properly)

I spent an age on the ground while Lewis put Emma through her paces. There’s nothing slipshod or casual about a BFR− not when it’s done properly. It is a real pilot workout. Eventually, the yellow Fuji appeared overhead, and with no other traffic the little four-seater whizzed around and around, demonstrating pretty much every way to land an aeroplane. Practice forced landing, short field landing, long flapless landing, elegant gliding circuits, soft field landing, and finally with Lewis trying out MDAM, a surprisingly standard landing.

The FAA system is similar to the EASA system in that a licence or airman’s certificate can only be exercised if its privileges are valid. The simple way of keeping an EASA rating valid in a single engine piston aeroplane (SEP) is to fly twelve hours, of which six must be PIC, and including twelve take offs and landings within the twelve months before the rating expires, with one of these hours flown with an instructor−this is set out in EASA regulation FCL.740.A(b) (ii). If more than two years have passed then it’s a renewal, not a revalidation

Less about paperwork, more about flying

An FAA pilot doesn’t have this option−there is no need for a set number of hours to be flown. Instead, a revalidation takes the form of a flight review (at least one hour of ground training and one hour of flight training) with an instructor, every two years. In FAA language this is officially a Flight Review, though since it is required every two years to keep valid it is almost always called a BFR by pilots. This is nearly the same as renewing an EASA SEP under FCL.740.A(b)(ii)−a proficiency check, but in the case of EASA that has to be done with an examiner, not just an instructor.

The flight review is entered in the pilot’s logbook and no forms are required to be sent to the FAA. Yes, it’s as simple as that− the FAA has the same process for revalidation and renewal and it doesn’t want to see the paperwork−America treats its pilots as responsible adults.

“What did you guys cover in your BFR?” I asked Emma, innocently. “Well, for a start it’s not a BFR−it’s a plain Flight Review,” she corrected me, rather sternly. I cowered. “It’s called a Flight Review because the FAA encourages pilots to keep improving their flying, and biennial would imply you only need to do it every two years, but the FAA wants you to do it more often−if that helps make you a better, safer pilot. That’s why the FAA dropped the word biennial.” Well, that told me!