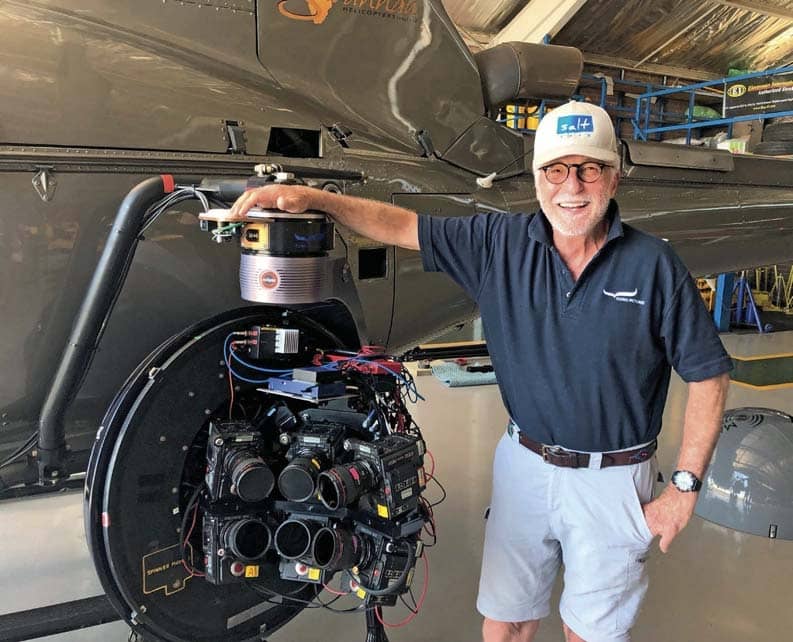 Whether it’s Superman, Bond or Mission: Impossible, Marc Wolff is the unseen hero flying and filming those unforgettable action sequences

I have waited more than forty years to meet this movie star. He has featured in more than two hundred films including the blockbuster franchises of James Bond and Mission: Impossible. Yet probably no moviegoer would recognise him−he is the highly respected film pilot and director Marc Wolff.

He first caught my attention when I watched the premiere of the 1977 Bond movie The Spy Who Loved Me, with a brilliant sequence featuring a white Lotus Esprit (I was working at Lotus at the time) being chased around Sardinia by a black JetRanger. The credits listed ‘Helicopter Pilot – Marc Wolff’. From then on, whenever I watched a film with aerial sequences, I would check the credits to see if he was mentioned. Chances were, the more exciting the movie, the more likely that Marc was involved.

His most recent oh-my-goodness movie was Mission: Impossible – Fallout (2018), which showcases Marc’s talents once again−superstar Tom Cruise flew many of the sequences himself, under Marc’s guidance. Marc also flew the camera ship sideways between the two Blackfriars bridges at roadway height to capture Cruise running along the roof of Blackfriars Station−check out the flightpath next time you are in the vicinity and marvel. (‘Fallout’ is now available on Netflix−Ed.)

With these movies in mind, I imagined he might be a larger than life character. I should have realised, actually that real pros do not need to shoot their mouths off, they simply let their work do the talking. My first impression was of a quiet, almost shy elderly and neat gentleman: once we started talking, his quick thinking, instant-recall memory and twinkling sense of humour shone through. 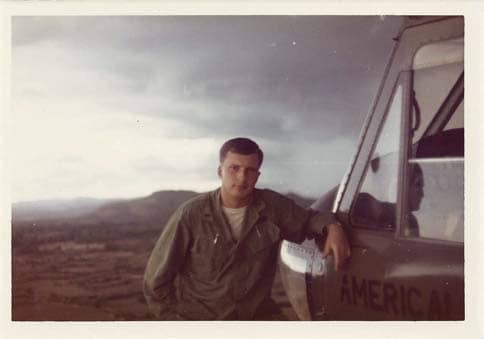 Born in 1947 in Chicago, he grew up in New Jersey. After studying industrial engineering for a year at university, he got bored and left, was conscripted into the US Army and served a five year tour of duty. He attended infantry officer training school, where he learned a lesson of life. During his training, his commanding officer threatened to fail him unless he changed his ‘lighthearted’ attitude. Marc says “Infantry school is tough, they aim to break you and rebuild you in their image. I tried to cope through humour, but I had to change and act more mature, or fail.” He was commissioned as a second lieutenant, and selected to attend the army’s intelligence school. Soon after, in 1968, he requested a change to go to flight school after experiencing being a foot soldier in the mosquito, leech and snake infested swamps of Georgia during infantry training exercises. His request was granted and he learned to fly helicopters. After graduation later that year he was posted to Vietnam where he spent a year conducting combat flight operations in South Vietnam as a pilot and helicopter platoon leader responsible for eight Hueys.

While in Vietnam he was promoted at twenty-one, becoming the youngest Captain in the US Army. After Vietnam he was posted to West Germany and given command of a mechanised infantry company comprising of two hundred soldiers and armoured vehicles. “I was out of my depth, too young and too inexperienced−I didn’t enjoy it,” he tells me. After a year in command he was transferred to a staff rôle in intelligence for the last part of his service. He received an honourable discharge in November 1971, having been awarded a Bronze Star for service.

On arriving back in the United States, another event changed the course of his life. “We were returning from Vietnam; some of my fellow Americans were pelting our bus from the airport with eggs. I thought, if that’s how we get treated I’m leaving this country,” he says. He stayed long enough to benefit from the training courses provided to ex-military personnel, which in his case was a course of advanced flight training at Flight Safety, Inc in Vero Beach, Florida. Here he gained his commercial fixed-wing pilot, instrument, multi-engine and flight instructor licences to go along with his commercial helicopter pilot’s licence. 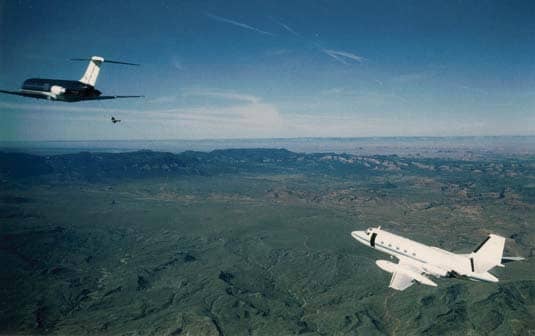 That same year, 1972, he moved to the UK where he did further flight training at the Oxford Air Training School, getting his ATPL(H) and some years later, just for good measure, a commercial balloon pilot’s licence.

He got a job with a specialist aerial-work helicopter company: “It was a great company to work for, as the flying was so varied; we got jobs in external load lifting, mapping, long line mineral surveys, infra-red powerline inspection, agricultural spraying and executive charter. I also flew the first London Police helicopter and did some aerial filming. I was doing work shooting TV ads including an award-winning Renault 4 ad with director Hugh Hudson [of Chariots of Fire fame], so I started meeting cameramen and directors who have become such a large part of my working life to this day.”

He resigned from his position as chief pilot and company director in 1976 to start his own business providing a comprehensive aviation service to the film and TV industry worldwide, which grew into the present day Flying Pictures (Group) Ltd. 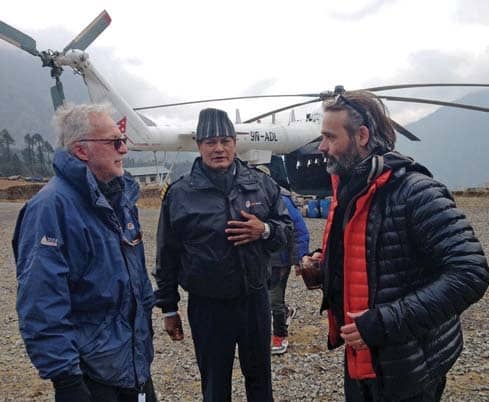