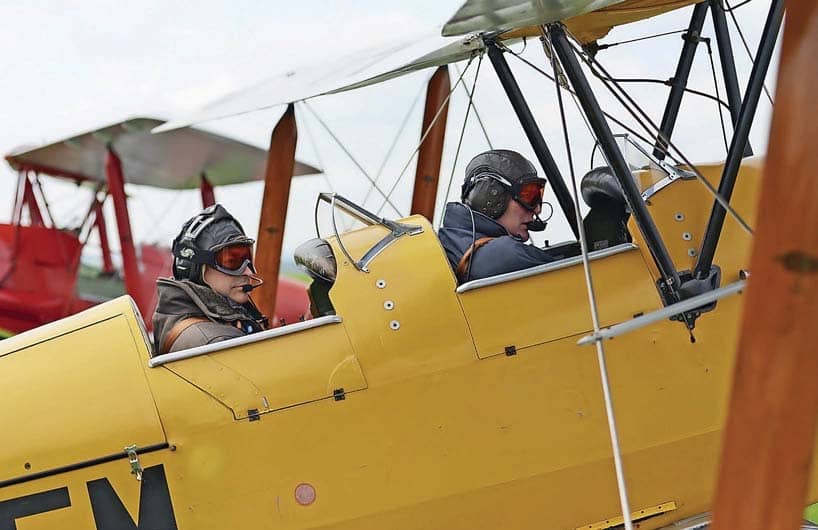 Safety Matters and Safety Briefs are based on the AAIB Bulletin and UK Airprox Board reports, with additional material from the US National Transportation Safety Board.

The passenger was an experienced commercial pilot who had decided to take up flying light aircraft again for recreational purposes. He did some revision with a training organisation and renewed his Single Engine Piston (SEP) rating on his Irish and UK ATPLs. About a month before the accident, he went to Pent Farm and met the owner of the Tiger Moth and it was agreed that they would go flying together at a later date. Subsequently, following an exchange of text messages, they agreed to meet at Pent Farm on 21 July 2019, the day of the accident.

The pilot and passenger pushed the Tiger Moth out from its hangar and discussed the aircraft. The passenger was not aware of the owner’s qualifications but had no intention of flying the aircraft solo or logging the flight time. The owner showed the passenger how to enter the rear cockpit and strap in. He was given a headset in a fabric helmet and was shown how to plug it into a battery powered intercom system but was told it would be difficult to communicate when flying.

The owner hand swung the propeller to start the engine and removed the wheel chocks before climbing into the front cockpit, and they tested the intercom, the quality of which was ‘just acceptable’. The weather was good with no low cloud and with visibility more than ten kilometres. They taxied on to Runway 25, with the wind directly down the runway at about ten knots, and the passenger carried out some taxiing before backtracking to the runway threshold.

They lined up and the owner briefed the passenger on the takeoff technique before carrying out a power and magneto check. They commenced the takeoff run using full power, and the passenger felt the owner help him on the controls to lift the tail before the aircraft became airborne at about 55kt. They climbed the aircraft at seventy, turning to the left before heading north.

The passenger carried out some turns before the owner, using hand signals because the poor intercom made communication difficult at higher power settings, directed him back towards Pent Farm. He also raised both hands to confirm to the passenger that he was not on the controls.

They did the pre-landing checks, which included unlocking the leading-edge slats and setting the trim lever just aft of the neutral position, before adopting the approach airspeed of sixty to seventy knots. The passenger felt the owner assisting on the controls, albeit without saying he was doing so, down to the landing.

Following a backtrack, they carried out a further two circuits at 800ft aal, before stopping for a break and returning to the parking area outside the hangar.

The passenger had flown the last of the circuits unassisted by the pilot. They discussed the flight and took some photographs before the passenger asked if they could do a couple more circuits. The owner happily agreed but mentioned he had to catch a train back to Belgium at 1600. The passenger had eaten a sandwich before the first flight but had not seen the owner eat anything, although he looked fit and well.

They went through the same start procedure and ensured the trim was set fully forward with the slats locked for takeoff. They did an engine power and magneto check and, when lined up, the owner warned the passenger about the proximity of a tree which was close to the right side of the runway.

They made a normal right hand-hand circuit with the passenger flying, and he unlocked the slats and set the trim for landing. The passenger offset the approach slightly to the right to give him a better view of the runway. The landing appeared normal and he did not expect any intervention, but after touchdown the owner said, “I have control” and applied full power. The passenger released the control stick but followed through lightly on the rudder pedals and, during the takeoff roll he locked the slats.