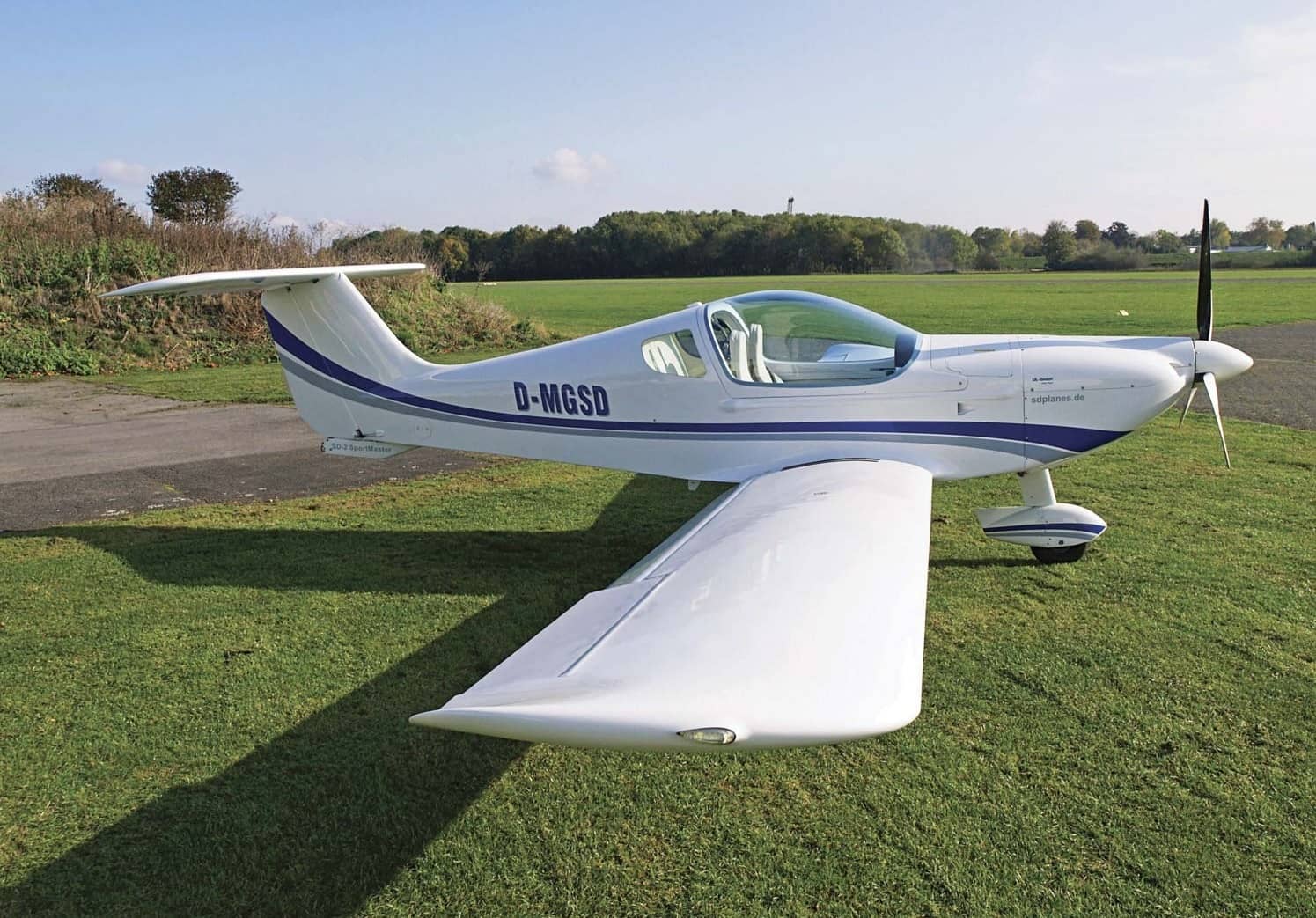 The best of both worlds: neatly designed, and constructed using a blend of traditional and modern techniques, Spacek’s top-performing two-seater is most definitely not ‘just another’ Rotax-powered European ultralight

Czech designer Igor Spacek has been active in the European ultralight field with his Spacek/SD Planes aircraft since launching the SD-1 Minisport in 2007. A decade later comes the SD-2 Sport Master, the numeric part of the designation standing for the number of seats.

While we have flight-tested the SD-1 (Pilot, December 2017) the two-seater is something of an unknown quantity, not yet available in the UK and rarely seen at airfields even on the Continent. For this reason we went to the German importer, Uwe Post in Hamm to see and fly the SD-2. This visit presented some real surprises.

If you had strolled through the exhibition halls at AERO in Friedrichshafen, you would have seen hundreds of similar ultralight two-seaters. Among this mass, Igor Spacek’s low wing SD-2 could easy be overlooked. Indeed, Uwe Post and SD Planes stood out primarily because of the sleek and distinctive single-seat SD-1. 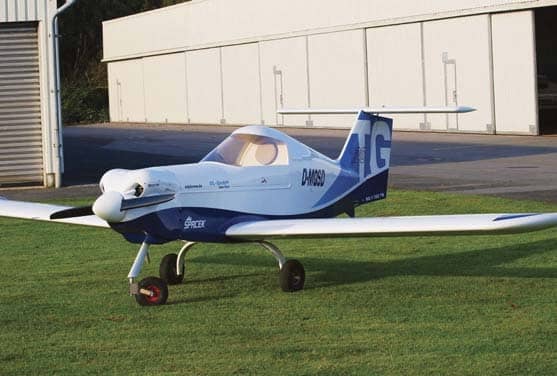 When I visited Uwe at Lippewiesen airfield (EDLH), Hamm in north-west Germany, he wheeled out from the hangar first Spacek’s original creation, the SD-1, and then the new SD-2. From a distance, the two aeroplanes look very different. To my eye, the single-seater has some similarities with Reno racers, with those sexy bumps on the cowling, while the SD-2 looks more like a down-to-earth UL two-seater. The two aircraft appear fundamentally different, but as you look closer you discover many similarities. For example, both aeroplanes have almost identical tail units and flying surfaces. When I asked about this, Uwe smiled and said “actually, the wings are the same− they’ve just been extended for the SD-2”.

Post is known to many in Germany as the former Flight Design dealer. He started his relationship with Igor Spacek in 2011 with the SD-1, which received German certification in the 120kg class in 2013 (in the UK it is an SSDR−a single-seat deregulated microlight−Ed). 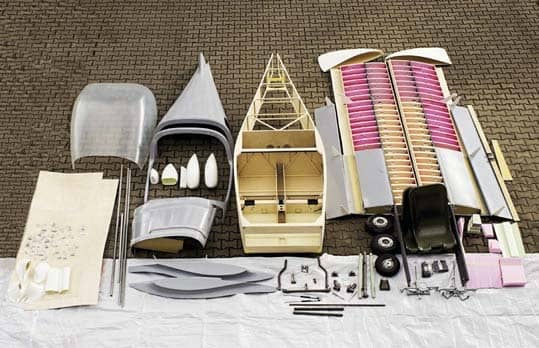 The single-seat SD-1 proved to be a fortunate choice for Uwe, as it almost immediately became a best-seller, as revealed by his demonstrator’s serial number, 194. SD-1 production has now topped 210, sold in kit form or as ready-to-fly (RTF) aircraft.

First conceived as a personal homebuilt project, the SD-1 drew so much attention it was quickly put into production as a kit of parts. Only later, when it was certified under German LTF-UL regulation could it be manufactured in RTF form as well. Initially the aircraft was available with a taildragger undercarriage but the tricycle gear version soon followed.

While a Hirth two-stroke unit could−and has−been used, the lack of reliable and affordable small four-stroke engines on the market-led SD Planes to develop its own engine, based on the proven Briggs & Stratton V-twin industrial engine (power output 24-33hp). In large part the success of the SD-1 was probably due to the low cost of the remarkably complete fast-build kit, which comes in at €12,000 before tax, the engine being included in the price!

This success encouraged Spacek to design the two-seater version, which made its maiden flight in 2016. The two aircraft share many parts. For the SD-2, Spacek took the SD-1 wing (Riblett GA 37U-A315 profile), extended the span from 5.98 to 8.60m and exchanged flaperons for classic ailerons and Fowler flaps. The tail unit remained almost identical: T-shaped, with an all-moving horizontal surface that has an electrically-actuated anti-servo/trim tab and is statically balanced. The tail is of similar construction to the wings: expanded polystyrene ribs attached to a composite spar and covered by a plywood skin. The fuselage was widened to give a 1.17m cabin width so that two people can sit side-by-side, and the small ‘racer’ canopy from the SD-1 gave way to a huge perspex dome, which gives the SD-2 a very different look. 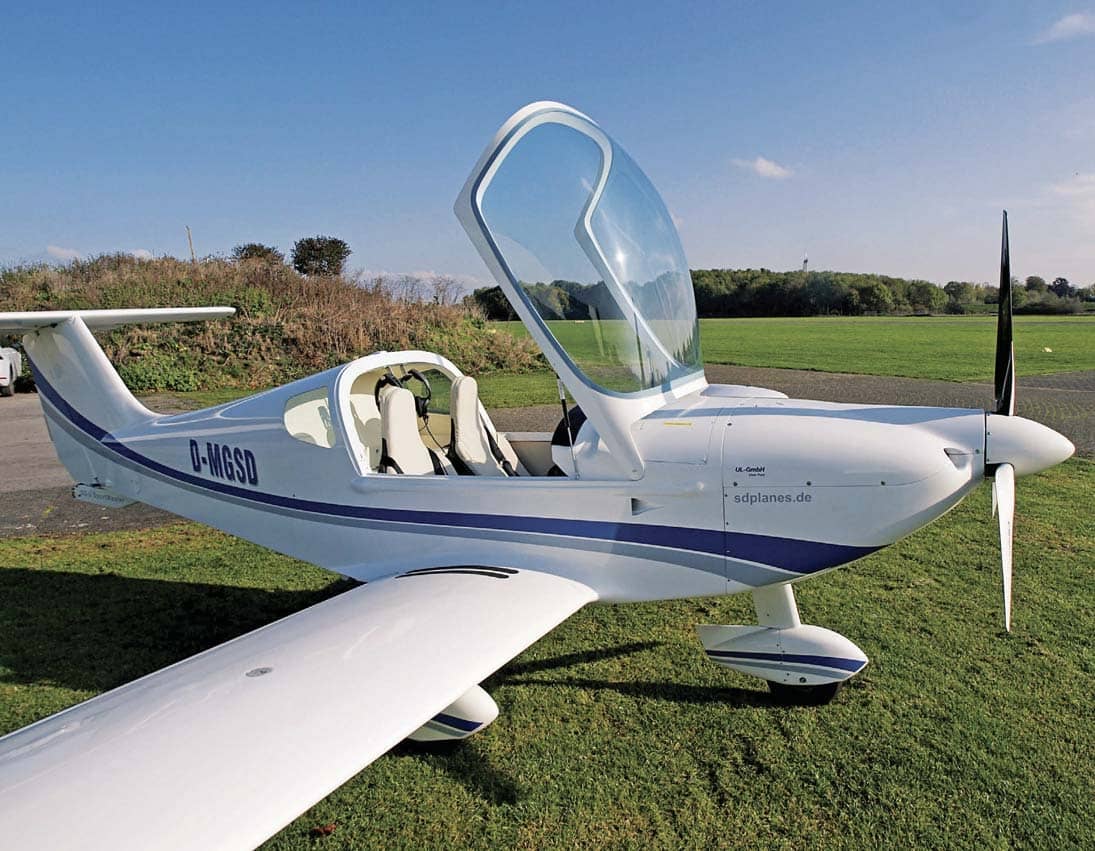 I can’t believe it’s not composite