An homage to the Moon watch 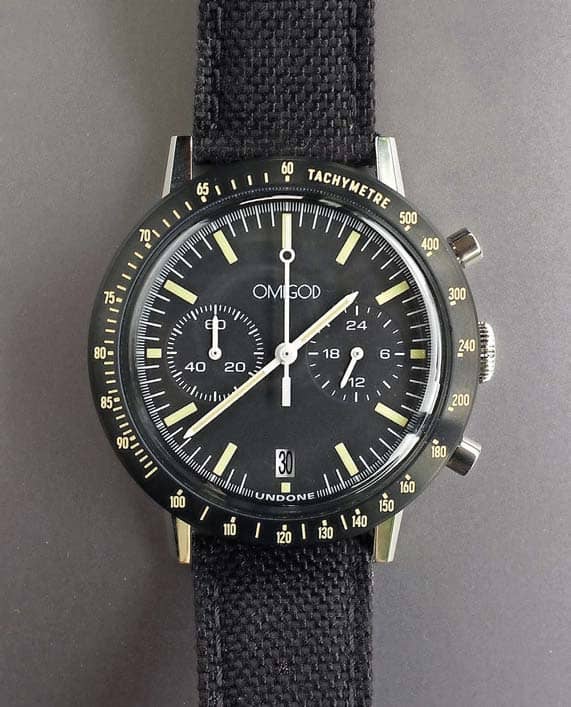 First taken into space in 1962 by Mercury astronaut Wally Schirra as a personal item, the Omega Speedmaster began its journey into legend in 1965, when it was qualified for space flight by NASA. The space agency invited ten leading makers to submit watches for testing at extremes of temperature, pressure and vibration. Four responded, one of them – US company Hamilton – comically falling at the first hurdle by failing to read the specification and sending a pocket watch. Two of the three remaining watches failed the high-temperature element (48 hours at 71°C followed by thirty minutes at 93°C) the Rolex stopping and the Longines’ crystal distorting, and only the Omega survived the complete sequence of tests.