THE BEST PRODUCTS WE'VE TRIED AND TESTED THIS YEAR 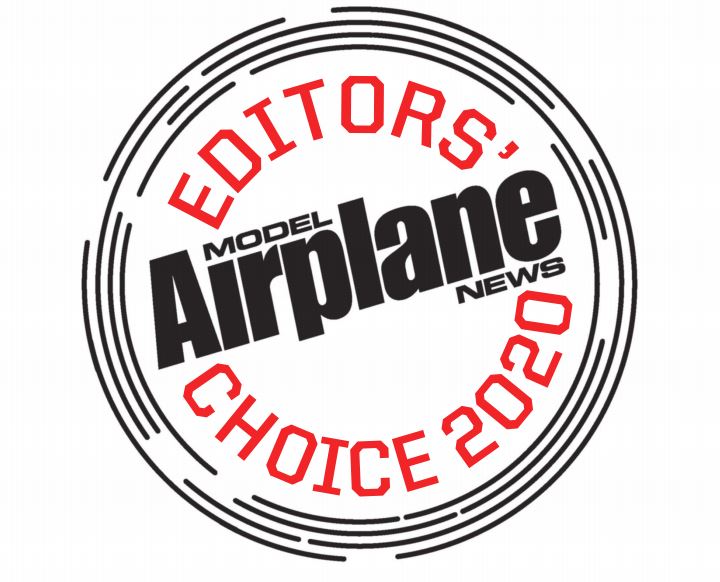 Each year, the Model Airplane News editors collaborate to select the products and models of the past year that deserve special recognition. We have the enviable job of trying out an amazing array of airplanes and drones and a plethora of related accessories and products from the RC hobby, and each year dozens of products are reviewed on the pages of our magazine. We evaluate design, construction, and—most of all—performance. So after much thought, consideration, and debate, here are this year’s winners.

PLANE OF THE YEAR - VQ WARBIRDS B-24 LIBERATOR

There’s just something elegant in seeing a multi-engine heavy bomber perform a low camera pass. One of the unsung heroes of WW II, the B-24 Liberator, is not often seen in RC form. This impressive 1/12-scale almost-ready-to-fly (ARF) model from VQ Warbirds is really an eye-catcher, and it is as exciting to see parked on the flightline as it is in the traffic pattern. 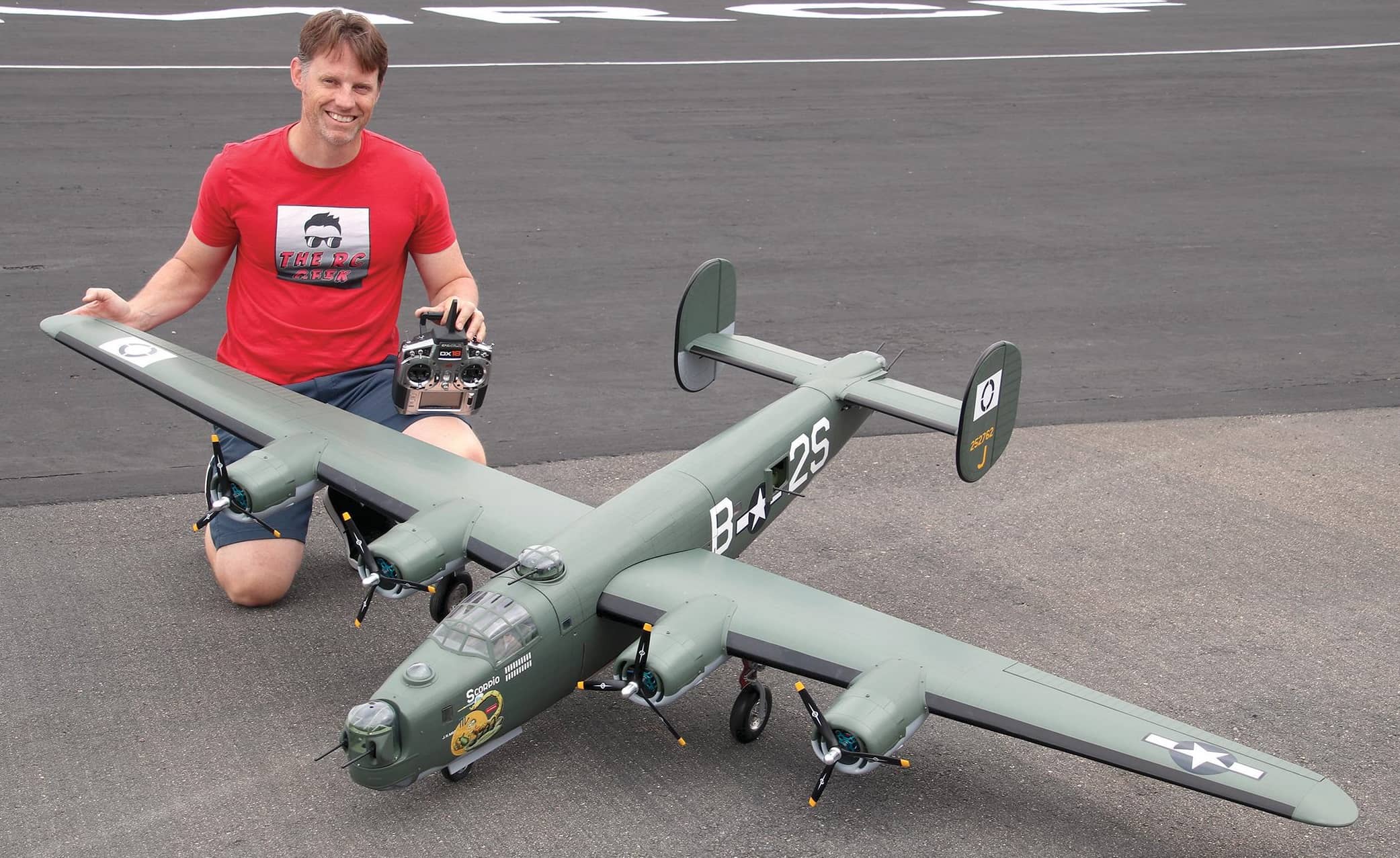 The B-24 is certainly not a small airplane to put together, but assembly is straightforward and everything comes clearly packaged, with significant bundles of hardware and parts. Scale details include Fowler flaps, roll-up bomb bay doors, multiple gun turrets, and dummy radial engines for the nacelles. The nicely covered model has a great assortment of panel lines and rivets printed directly onto the covering material, and the parts fit is very precise. 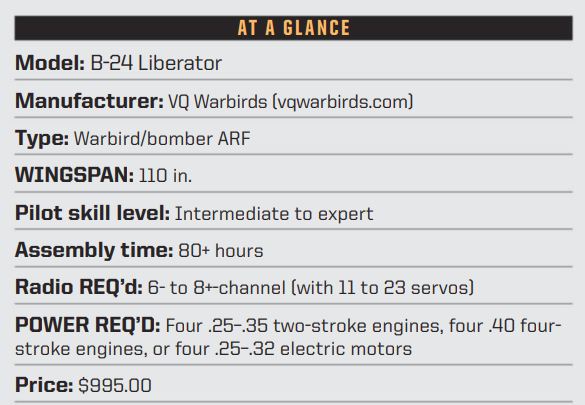 A graceful and beautiful warbird, the B-24 Liberator is extremely stable and very forgiving in the air. Even with all those propellers spinning in the same direction, there is no problem with torque during flight. The airplane feels much like a big trainer in the air. It cruises around easily, without any discernible pitch changes caused by throttle changes. The airplane tracks extremely true. Takeoffs and landings are undemanding and stalls are not an issue. 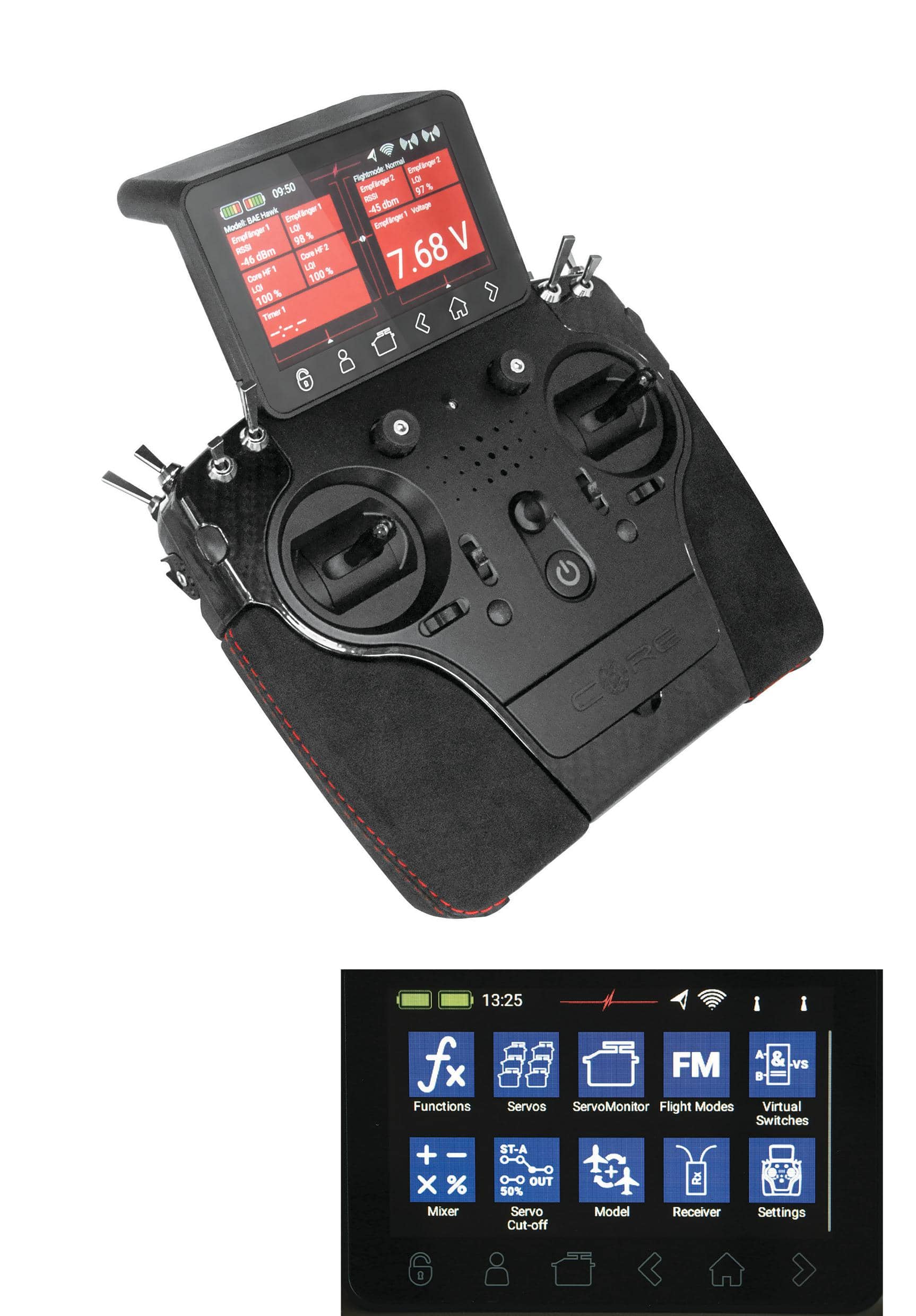 PowerBox-Systems is based in Germany and manufactures a line of high-end power distribution systems and multi-axis aircraft gyros. Power distribution isn’t required for your average aircraft but when you reach a certain level of cost, complexity, and size, there are many advantages. The PowerBox- Systems’ highly anticipated CORE radio, a flagship-level radio system, seamlessly integrates with the PowerBox power distribution and gyro systems. The CORE features 26 channels, and runs all of them at full 4096-bit resolution and all with a 10 ms frame rate for very low latency.