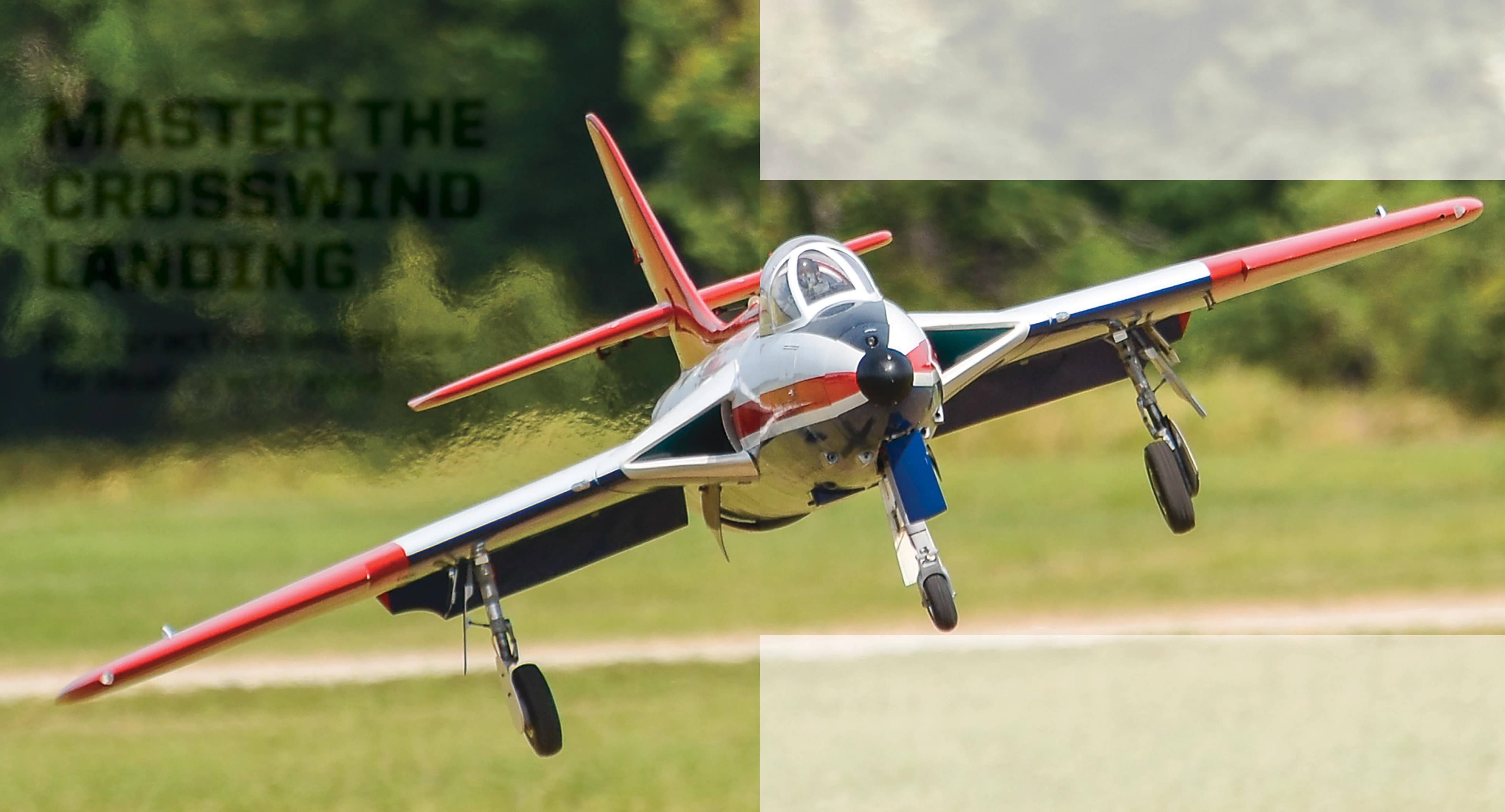 Best practices and advice for dealing with wind

Since the early days of RC flying, pilots have been giving landing advice, particularly if there is any sort of wind involved. However, some have recently been getting it backward when they state that during a normal landing, the ailerons should be used to keep the wings level and the rudder should be used to steer the plane as it approaches the runway. Trying to correct deviations greater than a few degrees with the rudder has, in fact, led to hundreds of full-scale fatalities and countless crashed models over the years. While this misplaced advice might be good for business for some (it leads to more replacement fuselages and airplanes being sold), it’s extremely wasteful and largely avoidable with proper instruction.

When listening to sport fliers, it’s obvious that the overemphasis on rudder during landing is due to the assumption that expert pilots use rudder a lot in general, especially to counter wind during aerobatics. Since a landing in wind supposedly requires more skill, the belief is that the key to good landings must lie in mastering the rudder like the pros.

The reality is that the pros primarily use the ailerons to line up and correct deviations during the approach to landing whether there’s a crosswind or not. If there’s a stiff crosswind, they will then use the rudder to smoothly “kick out the crab” right before the wheels touch, and then obviously continue using the rudder to steer after touchdown.

It is true that a pro will sometimes use tiny amounts of rudder during the landing approach to correct (hide) small deviations off of the centerline. However, if the deviation is more than a few degrees, it’s understood that correcting with the ailerons (i.e., banking the wings), is the most effective way to get back on course. As we say in full-scale aviation, “Use the ailerons to control drift (movement side-to-side), and use the rudder to align the fuselage parallel with the centerline at touchdown.” One exception is when it becomes necessary to mix or coordinate rudder with the aileron to prevent adverse yaw while making course corrections, such as when landing a flat-bottom airfoil trainer at slow speed.