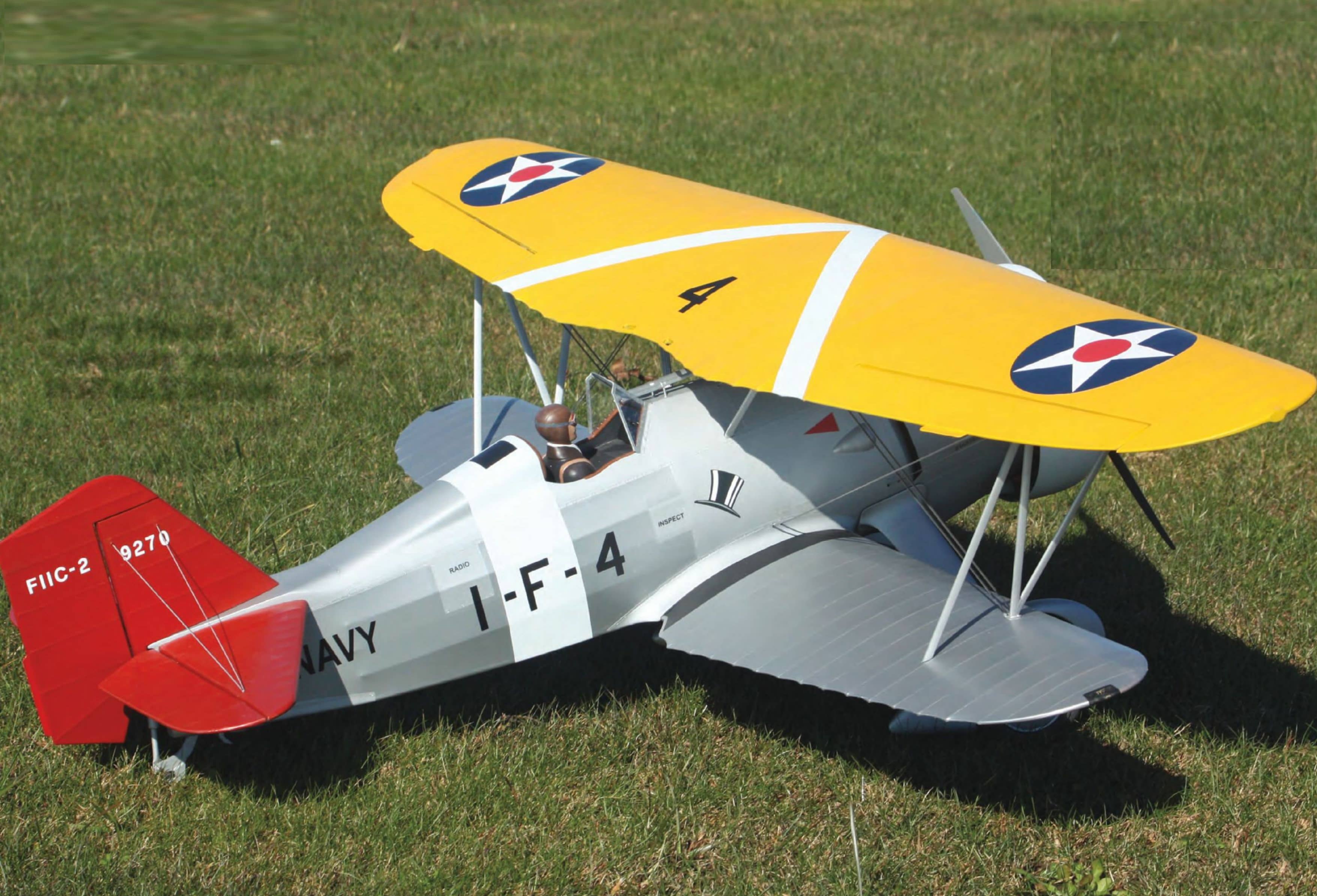 When we featured Jeffery Fiscus’s 44-inch span Goshawk as the “Pilot Project of the Month” in our July issue, we knew we had to get the inside scoop on how this gem of an aircraft came to life. Most often, the outstanding scale models we see are 1/4-scale and larger, so it’s a real treat to see such painstaking detail on a more miniature scale. A quick note to Mr. Fiscus and we had the beautiful detail photos you see here. And lucky for us, he was also happy to share the backstory of how he designed and built this little electric bipe. Here is our conversation: 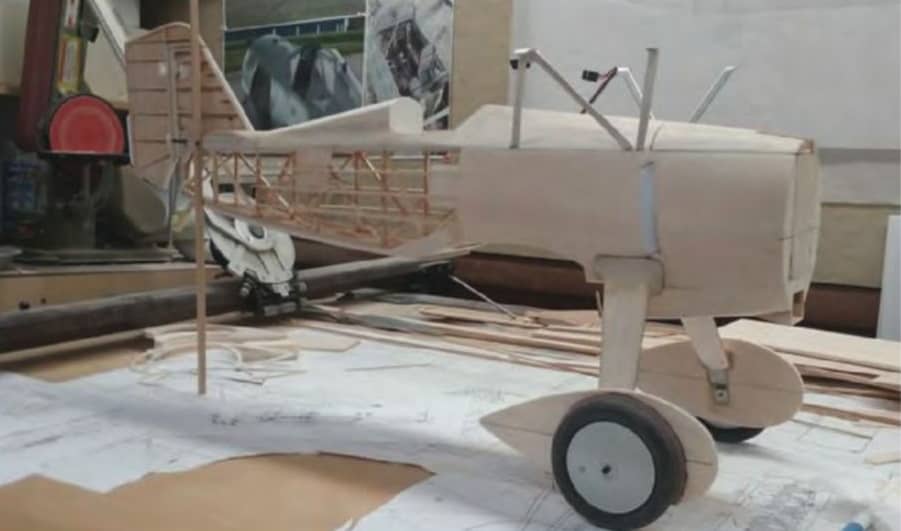 Model Airplane News: How did you get started in designing scale planes?

Jeffery Fiscus: I actually started designing my own models when I was a teenager. I always liked drafting and was very interested in aerodynamics. I would study plans in the magazines and adapt many of the design techniques I saw there to my own models. (Gordon Whitehead and Dave Platt are my favorite designers.) Initially, I designed and built free-flight then got into RC around 1975. I still have my original radio my Dad bought for me! I started designing sport models, mostly aerobatic types. After A&P school (I’m an aircraft mechanic by trade), I moved to Connecticut and after flying sport models for a few years, I started switching over to scale. I’ve always found the challenge of designing a workable scale model that replicates the full scale extremely rewarding. I first designed mostly .25- to .40-size WW I biplanes. After a few years, I started a larger scale Tiger Moth, a model of one I occasionally went for rides in at Old Rhinebeck. This was my first completely detailed model. It made it up to silver dope on the fabric when I stopped working on it, and ultimately I gave it away when we moved to West Virginia many years later. From this model I learned and developed many techniques that have served me well in my more recent projects.