The museums and tours that are keeping warbirds alive and aloft!

Every year, hundreds of airshows and flight demonstrations take place across the United States, showcasing the glory of aviation’s past. With so many choices available to enthusiasts wishing to see history come alive and take wing, we decided to provide our readers with a highlighted selection of museums and private organizations that preserve, restore, and fly classic military aircraft from every era since the dawn of fight. Some operate out of a home location, but many tour around the country to airshows—national and regional—bringing that glorious history to us. Some even offer rides in these exquisitely restored and preserved warbirds. This is by no means a comprehensive list—or even a ranking in the conventional sense. Rather, we’re offering a cross-section of some of the collections that maintain airworthy warbirds so that you can find a nearby location and experience these extraordinary machines in person.

Located on the grounds of Republic Airport in the town of Farmingdale, New York, the American Airpower Museum might seem oddly situated by today’s standards, sitting as it does on Long Island, just a scant 30 miles from the heart of New York City. But during World War II the site was home to Republic Aviation, where more than 9,000 copies of the burly Republic P-47 Thunderbolt rolled off the assembly line and onto the very runways where the museum now stands. More than a dozen warbirds spanning WW II through the Vietnam era are on display in and around the museum's hangar. In addition, the museum offers a Flight Experience (ride) in some of its restored aircraft, including a T-6 Texan trainer, a WACO biplane, and a D-Day reenactment in its C-47 Skytrain.

The Class of ’45 is unlike most of the other organizations on this list in that it is built around just two aircraft: the F4U-4 Corsair known as Korean War Hero, and a P-51D Mustang named Quick Silver. Both planes were built in 1945 (hence the name), and according to the founders, the idea for Class of ’45 came about when the pilots of the Corsair and Mustang (Jim Tobul and Scott Yoak, respectively) were watching practice flights at the 2013 Wings over North Georgia event. They had a stroke of inspiration—why not perform a formation flight together to honor the history of both the planes themselves and the Air Force and Navy personnel who originally flew and maintained them! Since then, the inspiration has expanded to formation demonstrations at more than a dozen events per season, where fans of these immaculately prepared warbirds can see them in all their glory. 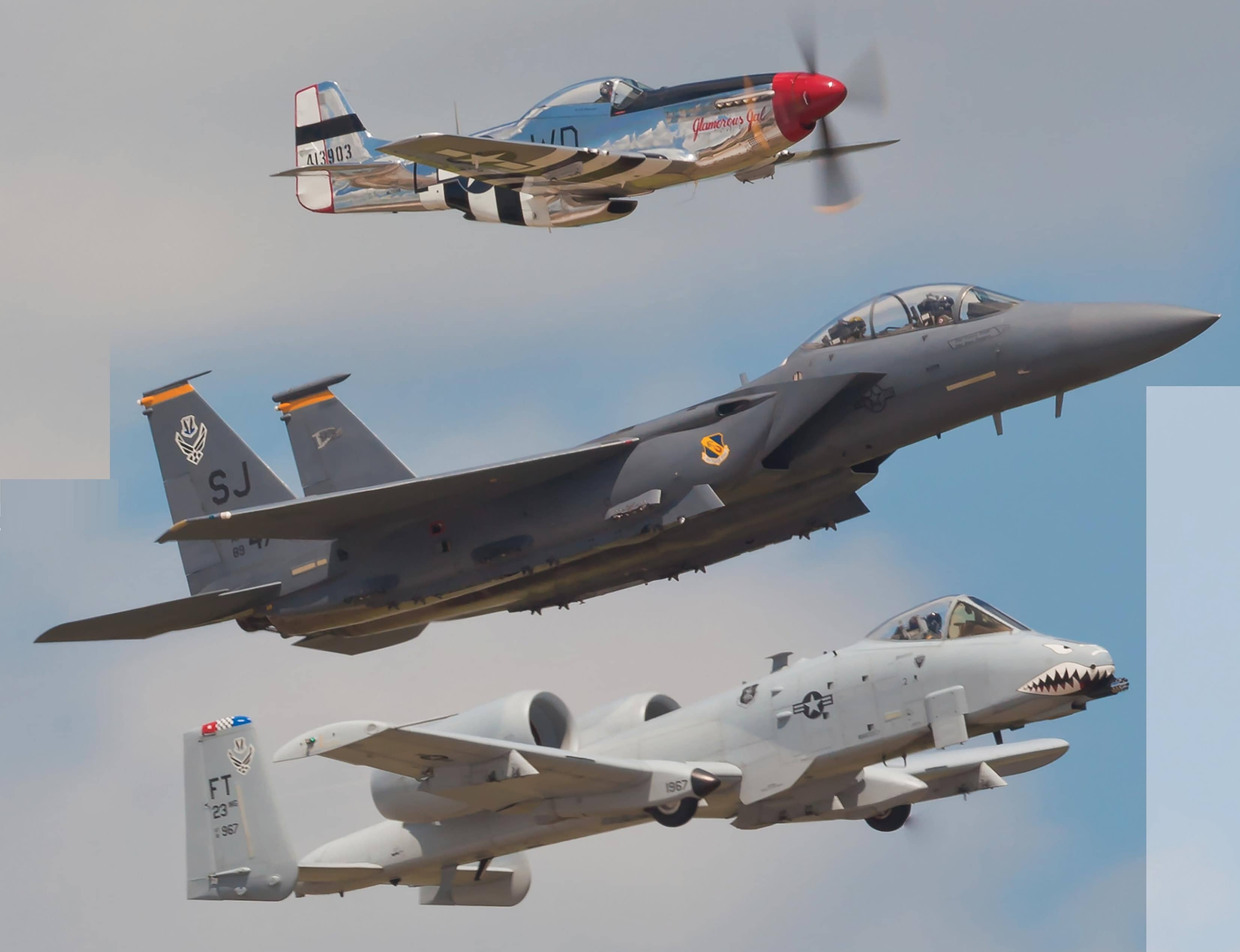 The mission statement of the Collings Foundation emphasizes the organization’s focus on promoting living history and direct participation as a means of learning and appreciating our nation’s history. It’s hard to imagine a more visceral form of living history than feeling the thrum of powerful engines as a beautifully restored warbird swoops past—unless it’s experiencing those same sensations from inside the aircraft during one of the flight experiences that are a centerpiece of the Foundation’s Wings of Freedom Tour! They offer flightline walking tours aboard the B-24 Liberator, and individual one-on-one instruction at the sticks of a dual-control P-51 Mustang. As 2020 progresses, the Collings Foundation will be adding more locations and flight opportunities.

Don’t have an aviation museum near you? No problem! In many areas the CAF will bring one to you and set it up on the runway of your local municipal airport. That’s the idea behind the AirPower History Tour, which includes an impressive squadron of vintage military aircraft to explore firsthand, and you can even take a ride in some of them. The lineup varies from event to event, but the fleet includes a PT-13 Stearman open biplane; a T-6 Texan; the famous P-51D Mustang, Gunfighter; and two rare and exceptional bombers: the B-24A Liberator known as Diamond Lil, and what the CAF bills as “the World's Most Famous Flying B-29 Superfortress,” known as Fifi. For 2020, the tour has more than a dozen stops at local airports and big air shows around the country, and when the bombers are not on tour they can also be visited at CAF’s home base, the Vintage Flying Museum, on the grounds of Fort Worth Meacham International Airport. 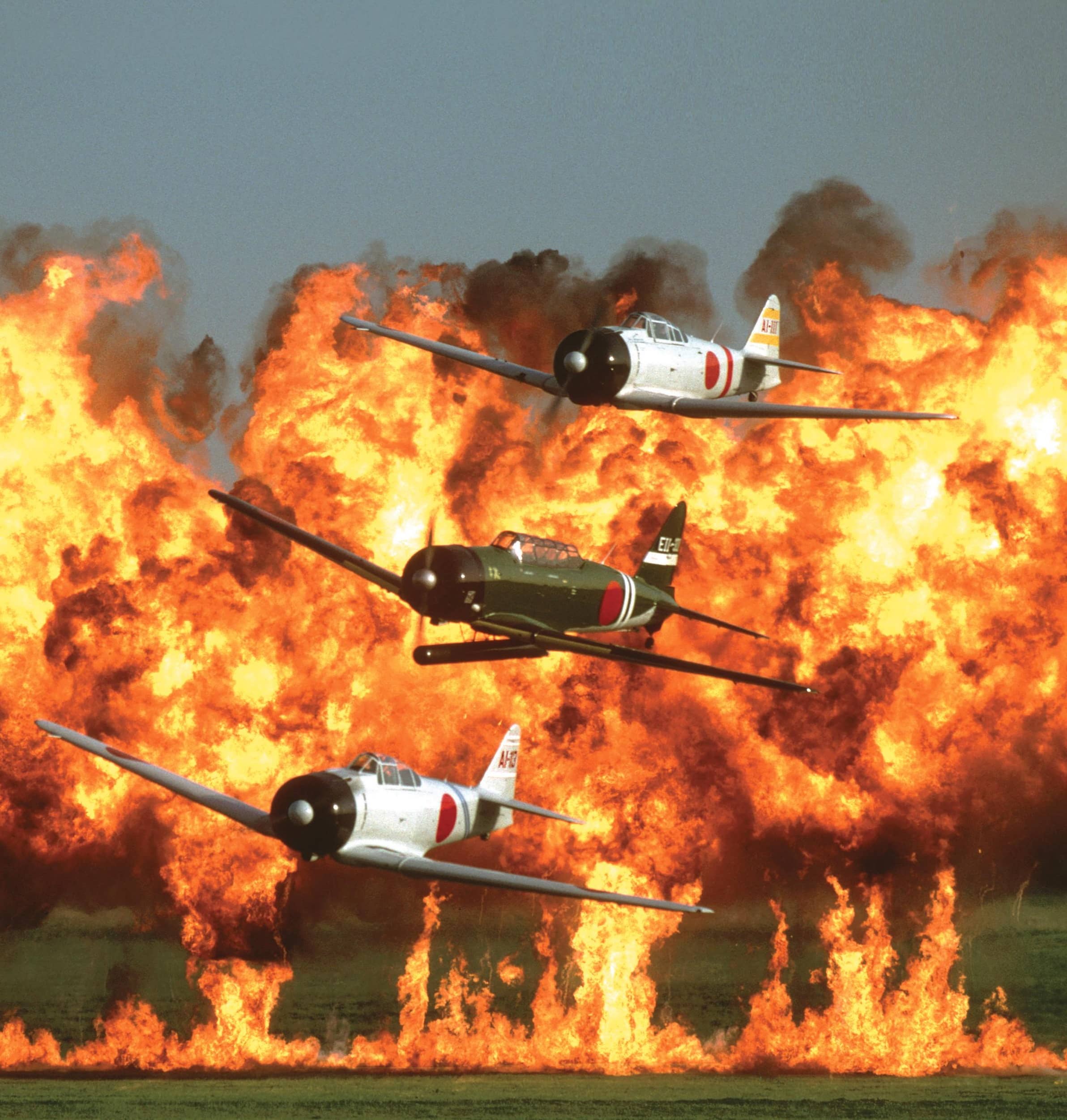 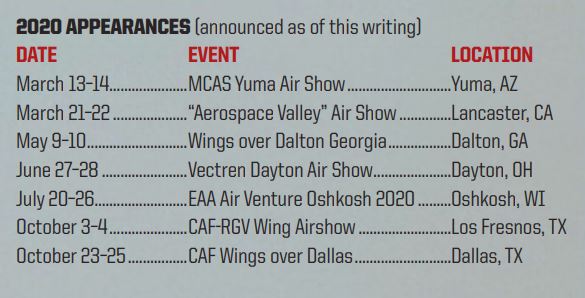