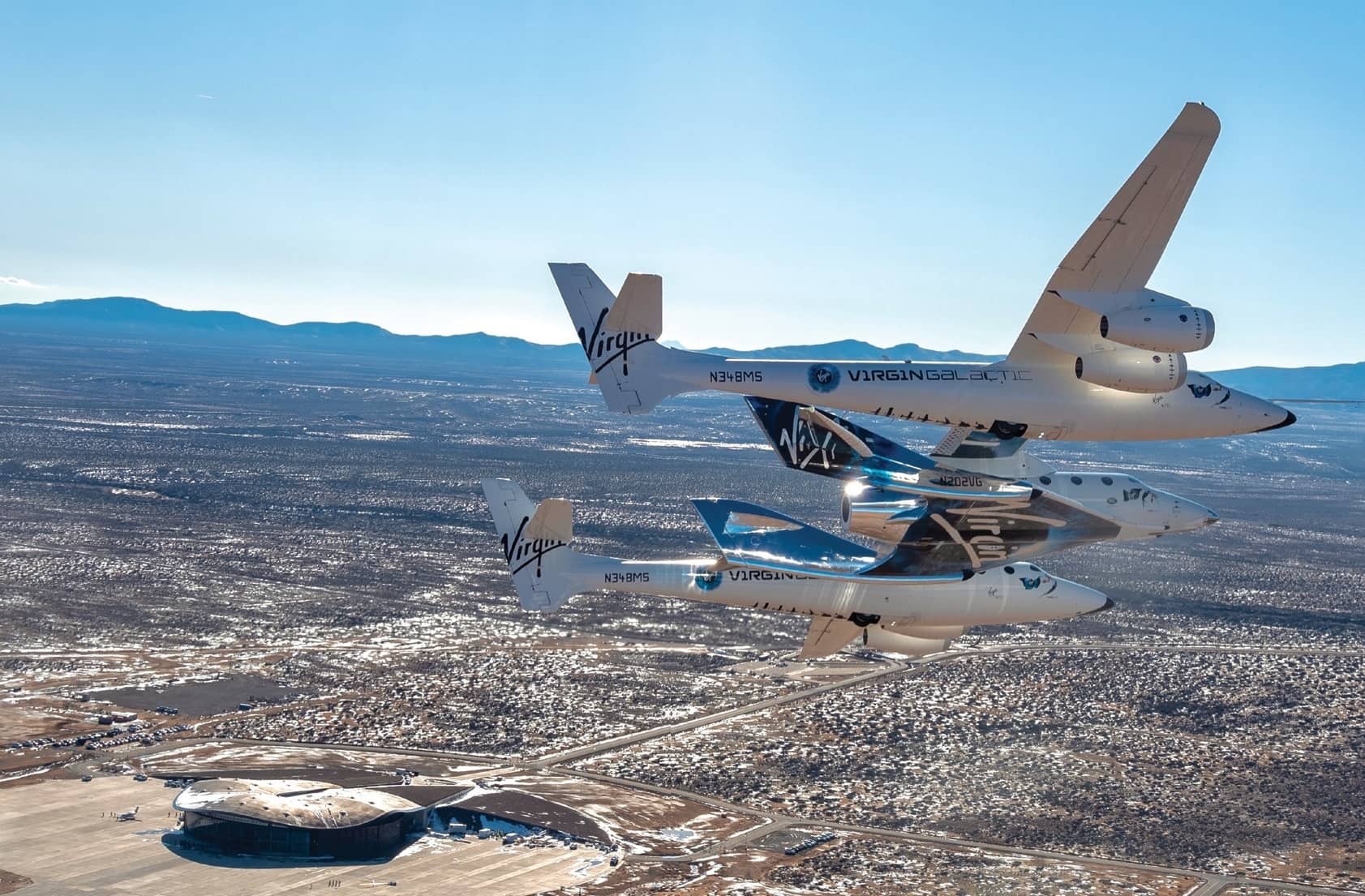 Virgin Galactic has successfully completed another vital step on its path to commercial service, relocating SpaceShipTwo, VSS Unity, to its commercial headquarters at Spaceport America’s Gateway to Space building.

VSS Unity, attached to the carrier aircraft, VMS Eve, made the journey from Mojave, to the new facilities and provided an opportunity for engineers to evaluate Unity for over three hours at high altitude and cold temperatures, a longer period of time than is experienced during missions to space. These environmental evaluations of system performance are difficult to replicate at ground level, making captive carry missions a vital component of VSS Unity’s flight test plan. The flight also provided an opportunity for pilot training and familiarisation.

“New Mexico is going to be the world’s launchpad for commercial space flight,” New Mexico Gov. Michelle Lujan Grisham said. “We will have a genuine Space Valley in Southern New Mexico, a hotbed of innovation and achievement and space tourism development.”