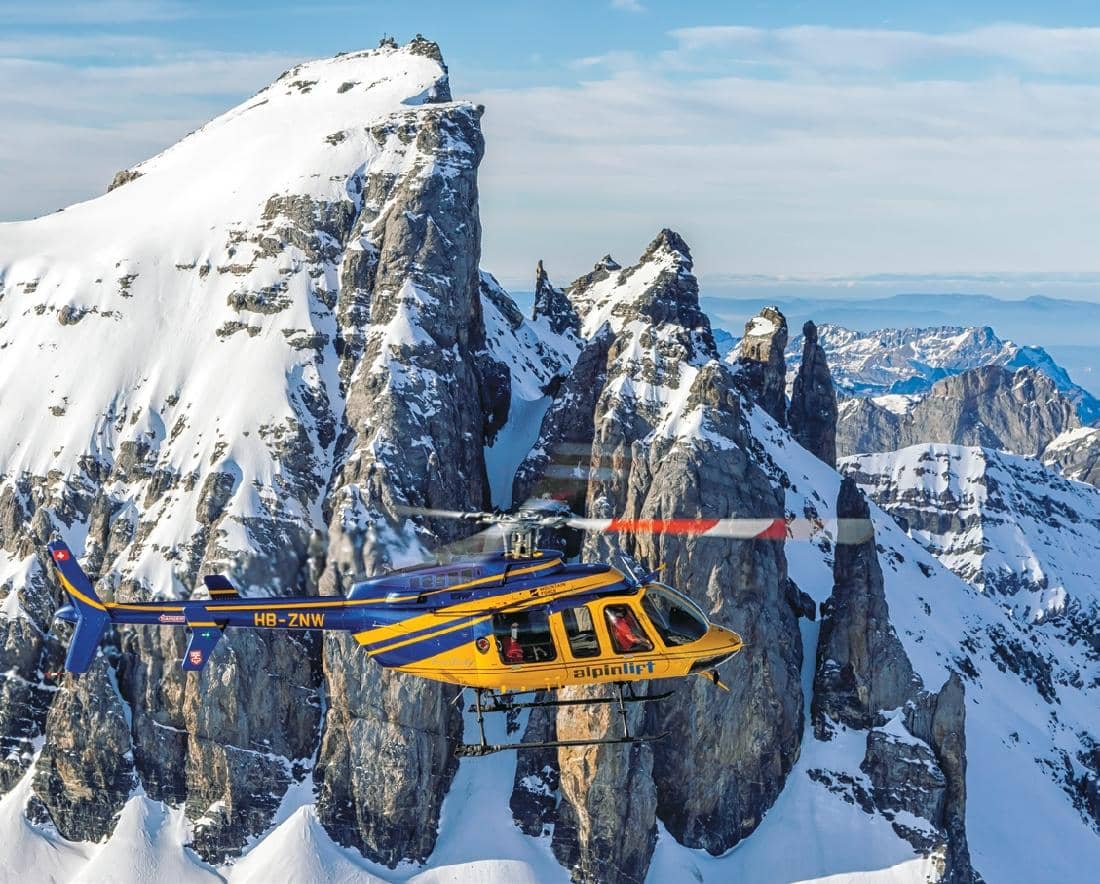 In the Swiss town of Buochs there is a small airfield which houses a Bell 407 GX operated by Aplinlift Helikopter AG established in 2005 and based at Buochs Airport ever since.

From this base, they provide many services such as flying as a VIP taxi, sightseeing tours of the Alps, and transporting off-piste skiers to mountain tops. Due to the airport's location in the Swiss Alps, many of these services are frequently used since ground vehicles have difficulty navigating the mountains.

Alpinlift also runs a flying school from Buochs Airport. Students can attain their type rating in the Bell 407 GX, learn to fly in the mountains, or learn to fly with sling loads. To help train their students, the company owns a full-motion helicopter simulator. In 2013 Alpinlift acquired a single engined Bell 407 GX helicopter and became the first operator in Switzerland to own a helicopter of this type. They have wrapped the Bell 407 GX in a distinctive yellow/blue colour scheme which is highly visible in white snow. The company has previously operated a SA 315B Lama and an EC.120B Colibri helicopter.

Fitted with a Rolls Royce engine, the Bell 407 GX is a highly capable machine and along with the consumer uses listed above, it also has the capability of carrying out specialist operations when the need arises.