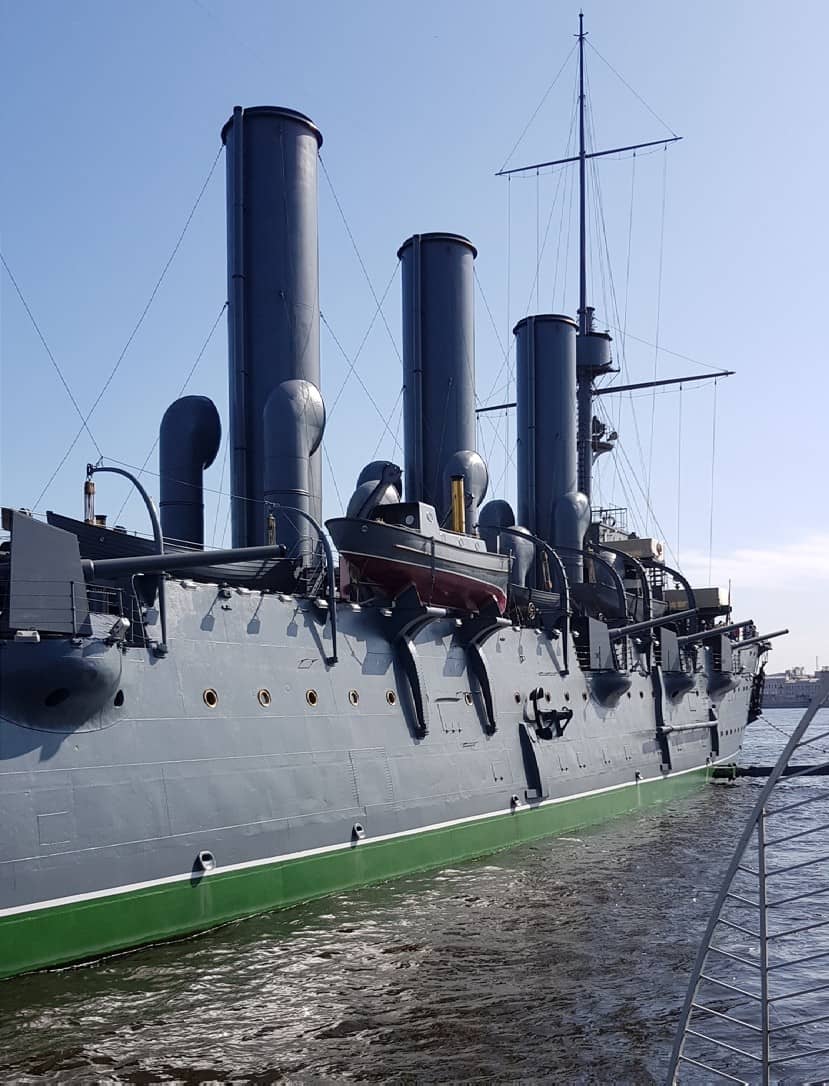 On the night of 7-8 November, 1917, a salvo was fired giving the signal for the storming of the Winter Palace bringing the Bolsheviks to power in a coup that changed world history. That blank shot came from the protected cruiser Aurora, symbol of the Russian Revolution and the oldest surviving ship of the Russian Navy, having fought during the Russo-Japanese War of 1904 1905, WWI and the Great Patriotic War when her cannons were used to defend Leningrad.

Still bristling with armaments, the famous Aurora is permanently moored as a branch of the Central Naval Museum at the Petrograd embankment on the Neva River, as well as a training vessel for the Naval College.

The history and background of the museum ship is located throughout six rooms with about 300 museum objects including model ships, paintings, objects of seamanship and life at sea, documents and photographs depicting the unique role it played in Russian history. Artefacts such as uniforms and equipment as well as the documents, are representative of the ship's role from its first service in the Russo-Japanese War, its integral role in the October Revolution, and as the cruiser’s contribution to the defence of Leningrad (later the city became known as St Petersburg) during the lengthy German siege of the city in World War II.

A video of the Aurora’s participation during the Bolshevik Revolution is shown in one room. The clip is from Soviet director Sergei Eisenstein’s October: Ten Days That Shook The World. 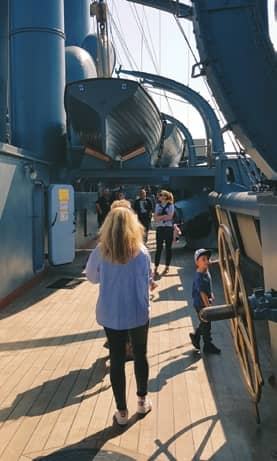 Below and above deck

Multiple rooms below deck are dedicated to life upon the ship as well as the ship’s service throughout historic events. When construction began in the late 19th-century comfort was not on the Imperial Navy’s mind with the result that anyone taller than about six foot will need to watch their heads. On the upper deck visitors can get an up-close look at the ship’s features, the boats, a variety of armaments including fourteen 152 mm guns, and more. During the Siege of Leningrad these weapons were removed from the ship to participate in the city’s defence. 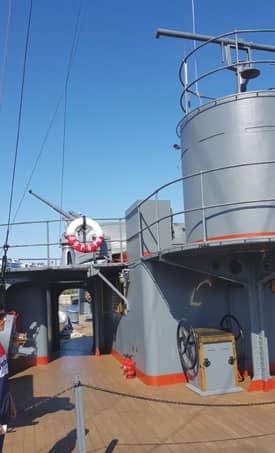 Russians are very aware of the fact that Aurora fired the shot that started the Bolshevik Revolution, but its full history encompasses much more. The cruiser is regarded as one of the most heroic and unsinkable warships in Russian naval history.

Aurora was built between 1897 and 1900 by the New Admiralty in St. Petersburg and joined Russia's Baltic fleet in 1903. Measuring 126.8 metres in length, 16.8 metres in width, the ship weighs a staggering 7 600 tons. It was able to maintain a speed of 20 knots and could travel independently for up to 1440 sea miles. It was one of three Pallada-class cruisers, built-in Saint Petersburg for service in the Pacific.

Soon after completion, on 10 October, 1903, Aurora departed Kronstadt as part of Admiral Virenius's reinforcing squadron for Port Arthur. While in the Red Sea, still en-route to Port Arthur, the squadron was recalled back to the Baltic Sea, under protest by Admiral Makarov, who specifically requested Admiral Virenius to continue his mission to Port Arthur with only seven destroyers allowed to continue to the Far East.

After her detachment from the reinforcing squadron and her arrival back to homeport Aurora underwent new refitting and then ordered back to Port Arthur as part of the Russian Baltic Fleet. On the way to the Far East, Aurora sustained five hits with light damage from confused friendly fire, which killed the ship's chaplain and a sailor, in the Dogger Bank incident.