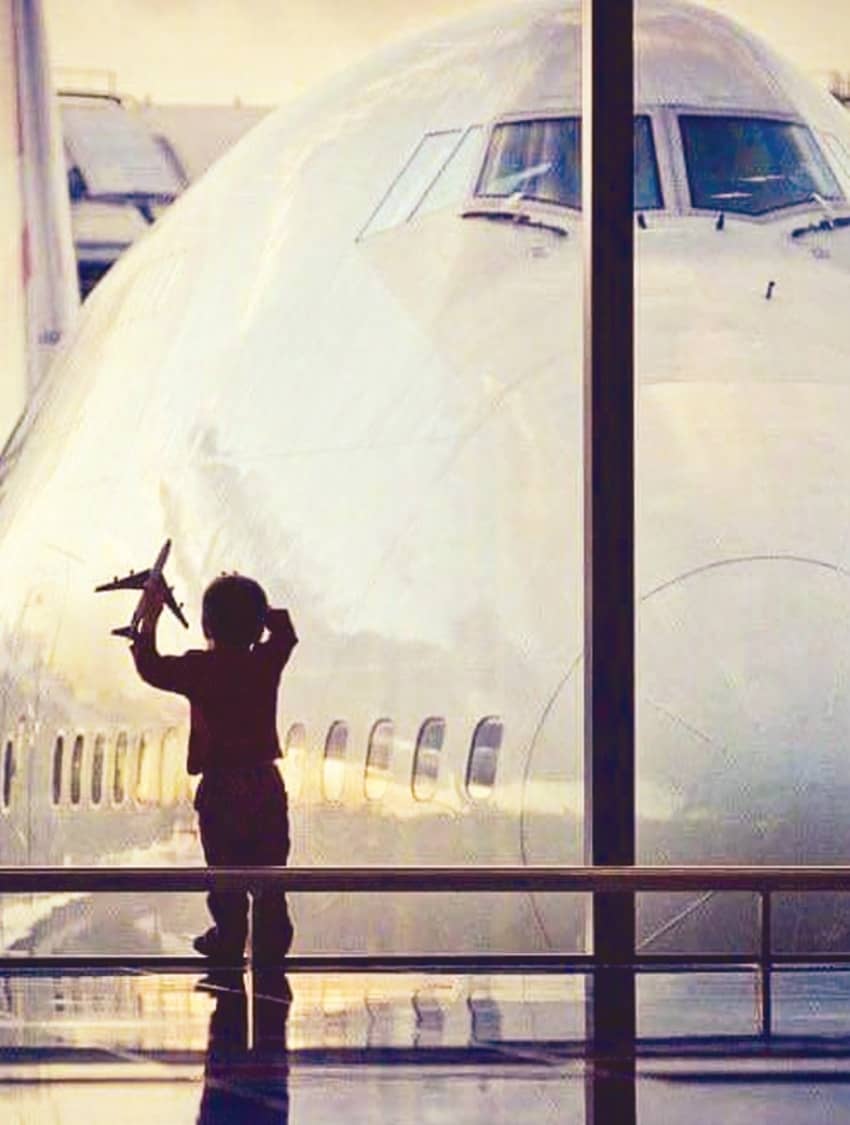 This is the mantra by which a young Zimbabwean lad put himself through school, flight training and the drive to eventually become a pilot with arguably one of the safest airlines to travel in the world. and is also providing innovative safety solutions to the aviation industry

For Gerald Chiweshe as a small boy, growing up in Africa, with little to no money, food or opportunity, there was one constant - his parents never gave up on him. Even though his father had no money to pay for flight training, he knew that helping to foster the dream in his son was enough.

“By the age of three it was evident that I was born with a flying DNA in my veins.

I had an obsession with anything to do with aeroplanes, wings, wheels, shapes, clouds, noises, smells and everything in between. From this very early age my father noticed that I had a growing passion for aeroplanes, so he instructed my mother to no longer speak to me in Zulu and Shona, but instead to only speak to me in English.

I became my father's favorite son as he would take me to the airport in his free time, and we would spend countless hours aeroplane spotting. At first he would stand with me, pointing out all the aircraft, he knew all the different makes, different airlines and their destinations,” Gerald reminisces. “Before he realized it my knowledge had grown so much that it surpassed his because during his beer and bathroom breaks I would have somebody next to me giving me more information about these fascinating aircraft.”

By the age of 14, Gerald and a high school friend took their bicycles and rode them to a little airfield called Charles Prince Airport, Mt Hampden, in Harare. This gave me the opportunity to see, feel, smell and sit inside a real pilot’s seat for the first time.

The kindest man on earth

It was at Charles Prince Airport that he met someone he describes as the “kindest man on earth.”

“Hugh Mundy was a flight instructor, examiner and pilot, basically a sky God in my eyes. He asked if we wanted to go on a shakedown flight in an airplane that had just come out the maintenance hangar. Of course, we said yes, We went up in this little airplane, a Cessna 175, took off and did some touch-and-go’s take-off and landings. Then before our final landing, Hugh asked me to take the controls of the aircraft, which I did. He began to give me instructions, and talked me down to my very first landing!”