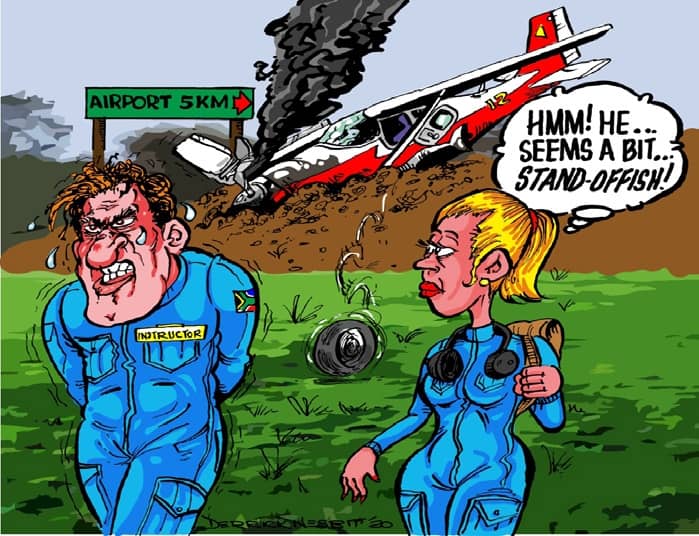 I didn’t find flying easy in the beginning; in fact, I found it extraordinarily difficult.

I think some people thought that I was a hopeless case from the beginning, one of those few people who simply shouldn’t have tried to learn to fly! In my worst moments, I wondered if that were the case. But I’ve realized over the years that most of my problems early on were due to ... let’s say ‘inadequate’ instruction. I’m trying to be very fair here. After all this time I genuinely bear no hard feelings towards the main participants in the saga which I’m about to relate. I’d simply like new students, and others, to be able to learn from my experiences if at all possible.

I decided to learn to fly fixed-wing aircraft more or less on impulse, jamming on my car’s brakes and screeching to a halt outside a local flying school which I’d never realized existed. I had done no research, and I didn’t realize that I needed to. After all, it was a flying school, wasn’t it? They taught people to fly, didn’t they? And I wanted to learn to fly; I’d thought about it for years, but I’d never quite got around to it. So I went in and booked a trial lesson.

I thoroughly enjoyed that trial lesson, and I so ended up booking a few more hours. At first, I flew with the CFI and looking back, I realize he was very good indeed. However, he realized early on that I wasn’t a natural pilot. “You’ll take more than the minimum hours to complete the course,” he told me. “Is there any problem with money or anything if it takes you longer?” There wasn’t, and I didn’t mind. After all, I was enjoying the course, so what was the rush? I was happy for it to take as long as necessary. However, soon afterward the CFI left and I found myself flying with a fairly new instructor … let’s call him Joe.

Joe was the sort of instructor who unfortunately exists everywhere. He had the bare minimum FI requirement of 200 flying hours. He didn’t like instructing, and I don’t think that he liked people very much. But he wanted to be an airline pilot, and this was the only way he could afford to do it. But I didn’t know all of this then of course. So I flew with him, and we got on more or less OK. That is until I came to try to learn to land.