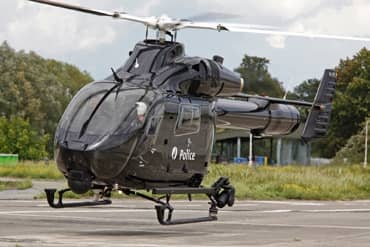 Many of the 657 exhibiting companies and 18 000 industry professionals were shocked the news of the accident in which Kobe Brant, US basketball hero, and eight others were killed.

However, the tragic event took nothing away from the success of this years Heli Expo. The sight of 60+ aircraft exhibited by many of the world’s top manufacturers displayed over 1 million square feet of space was a sight to behold with some new models attracting great attention.

Taking place over four days in the Anaheim Convention Centre, the event gave thousands of visitors from around the world the opportunity to focus their attention on every aspect of the rotorcraft industry. Spread across the breadth of the centre, attendees and exhibitors got close-up looks at the 62 aircraft on the show floor, including such advanced machines as Airbus’s Vahana proof-of-concept testing vehicle, and ranging from small to large, those awaiting certification and those that have many flight hours behind them. Other display aircraft included several remotely piloted vehicles.

There was something for everyone, whether it was in search of a helicopter, there was sure to be one suitable for a buyer’s needs. Needing safety training, meet vendors or suppliers of parts and services, or obtain professional education, all were available at Anaheim. This year training was especially popular with some 150 education courses, technical briefings, workshops, forums, meetings, and seminars.

As is usual there were new concepts to be seen with Bell Helicopters perhaps outshone many of its competitors with its full range of civilian helicopters and particularly the Bell 412 EPX and Bell 525 which are still pending the certification process. Bell is, in fact, collaborating with Wintershall Dea Norge AS, a Norwegian Oil & Gas operator with the aim of enhancing operational safety to the North Sea, by supporting the Bell 525. The 525 is attracting a lot of attention from major oil companies.

Making its Heli Expo debut was the super-medium Bell 525 Relentless which is still undergoing. FAA flight testing will conclude after about 2 000 hours of flying. Bell also has new technology available for its commercial helicopters such as the IFR capability that allows all-weather operations without any reduction in multi-mission capabilities. 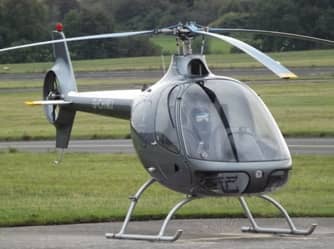 Bell plans to vertically integrate aircraft production, flight operations and nearly everything in between, in order to grab a large piece of the nascent electric vertical-take-off-and-landing (eVTOL) air taxi industry. Bell anticipates thousands of eVTOLs operating within some major cities. The company says choreographing operations such operations, with each aircraft flying around 2 000 hr per year, can’t be done with human personnel.

Apart from the groundbreaking announcement of its acquisition of Kopter AG, Leonardo it seems has signed several contracts with the Air Force and the Navy disclosing they would provide them with the MH-139 Grey Wolf and the TH119 which will become the Navy’s prime aircraft for training. Pratt & Whitney Canada is also part of the deal as they will provide both helicopters with their engines, the PT6-B and PT6-C. P&T celebrated the 50 years in service of another derivative of the PT6, the twin pack PT6-T.