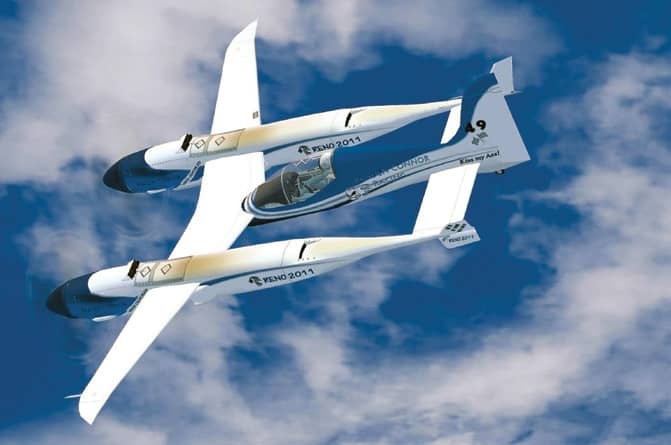 Warbirds, fighter aircraft with no real purpose post-World War 2, proved that they were definitely not ready to be sent to obscurity. Collectors had snapped up many of them but some a new career as competitors in the Reno Air Races when they started up again in 1964. However, there was a downside to this for collectors as warbirds cannot fly without spare parts and the Reno racers were using them all.

By the early 90's aircraft collector and aviation enthusiast, Bob Pond, had become concerned about the situation. He decided to fund a new modern high-tech plane as he was fely that each year valuable and historic aircraft were being crashed and destroyed at the races, with many engines being damaged or wrecked beyond repair. Named Pond Racer it was hoped that it would be an alternative to vintage aircraft like the P-51 Mustang and the Hawker Sea Fury, and as fast and spectacular in the air as the warbirds. The task of building the Pond Racer fell to well known Burt Rutan’s business, Scaled Composites.