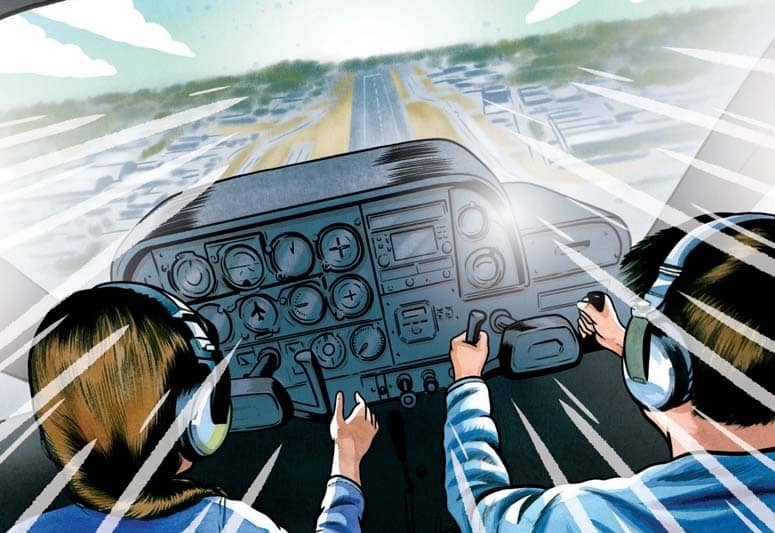 I learned about instructing from this.

I was providing flight instruction toward a commercial rating with a student whom I had recently helped obtain her instrument rating. We were flying my own Cessna Cardinal RG, and we had already flown together a great deal. In fact, she actually handled the airplane better than I did in most cases, especially landings. Because she was getting close to the check ride, every takeoff and landing was either a simulated soft field or maximum performance one, since those would be check ride items.

With most aircraft, max-performance takeoffs call for rotating at a specific airspeed, then climbing at V X until all obstacles are cleared, and pushing over to VY and continuing in a normal climb. That’s not the case in a Cessna Cardinal RG, though. The POH shows V X to be 72 knots and V Y 82 knots. However, the maximum-performance takeoff calls for rotation at about 55 knots, then climb at 62 knots until all obstacles are cleared, which is a full 10 knots below V X and feels close to V SO. Then push over to 72 knots, clean up the airplane and continue to 82 knots, then normal climb out. It also calls for 10 degrees of flaps and leaving gear down until all the obstacles are cleared and obtaining 72 knots.

Because of this very slow airspeed on initial climb, we practiced this at an altitude where a stall could be easily handled several times before using the procedure called for in the POH right off the runway. The airplane would climb with a very high deck angle just as the POH indicated, and it worked well. We did this many times and were always impressed at the performance of the airplane using this technique. There was no reference in the POH as to why this low airspeed was specified or why it was safe to use. My own thought was that there is no such thing as a specific V X when gear is down and flaps are at 10, and the POH does note that the pilot shouldn’t raise either until after pushing over to the published V X, so in fact, that 62 knots was equivalent to V X when in that configuration.