WHERE THE LION ROARS 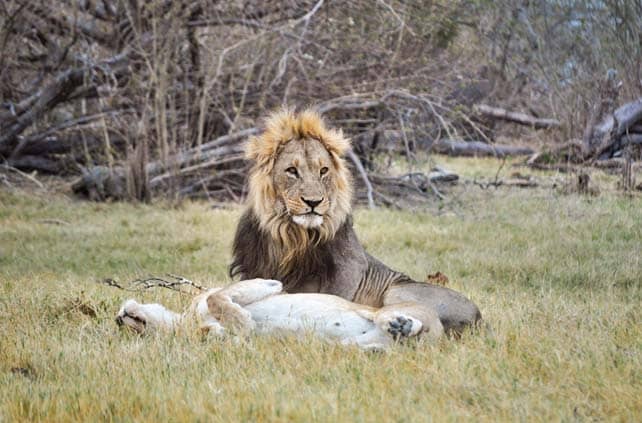 FLYING WITH MACK AIR IN BOTSWANA

It was a blindingly bright afternoon on the edge of the Okavango Delta—warm and sunny on this July winter day. Our Land Rover Defender chugged along the dirt track that paralleled and crisscrossed a reedy canal, occasionally turning muddled and confused among a profusion of game trails trampled through the ocher sea of grass by ever-present herds of impala, lechwe, sable, kudu, and the massive 6-ton African elephants that eyed our Landy like a smaller interloper that might potentially need to be a runoff. Our attention, however, was focused on the tree line to our left. We stopped every few minutes, and my eagle-eyed wife Dawn scanned the bush with her binoculars.

Twenty minutes before, we’d passed a Toyota 4Runner coming the opposite direction, carrying a South African father and son who told us they’d spotted an elusive cheetah stalking along this tree line. We’d seen most of the other notable species of African wildlife over the past two weeks but desperately wanted to see a cheetah. As I turned onto a side trail that meandered toward the tree line, I heard a familiar drone over the rhythmic thump of the Land Rover’s diesel engine. It was a Mack Air Cessna 206, scribing an arc a thousand feet overhead. We were east of the bush camps, so they were likely on a sightseeing tour. Had they spotted the big cat for which we were searching? I thought back to three days earlier, when we’d flown over this very area in another Mack Air 206.

I’ve been blessed with a fairly stable aviation career despite starting it during one of the most tumultuous periods in a chronically unstable industry. I made a few lateral moves but always of my own volition, was never furloughed, and made steady, if stately, progress down the well-worn flight-instructing to freight-dogging to regional-airline to major-airline paths. But along the way, I always kept a few practical Plan B backups in my pocket—plus a couple fantasy options in case things really went to hell in a handbasket. One of these longstanding fantasies, partially fueled by a monster thread on the Professional Pilots Rumour Network website, was to hitch a ride to Maun, Botswana, and land a job flying piston singles into the African bush.

This is actually a viable option for time building among adventurous young European and South African pilots, but few American pilots find their way to Maun. To me, whose only experience on the continent at the time was a short visit to Cairo, it seemed like a terribly romantic idea. Sub-Saharan Africa existed in my mind as an abstraction—a cartoon, really—a dual image imprinted by National Geographic and the nightly news: on one hand, a primeval paradise unsullied by the touch of man and, on the other, a dark continent filled with poverty, conflict and dysfunction. My curiosity woefully lacking, I had no plans and no great desire to go see the place for myself. 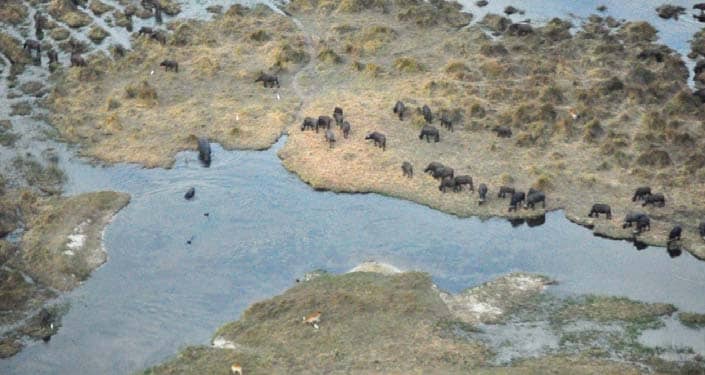