WHAT THE FAA LADY SAID 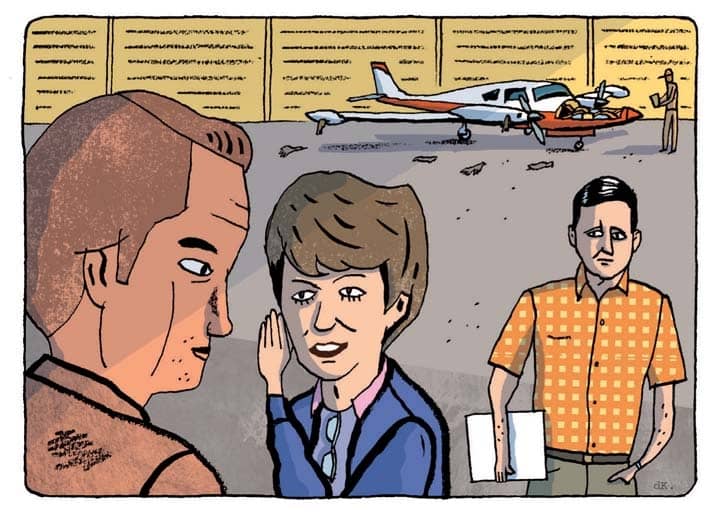 LEARNING TO KEEP MY MOUTH SHUT

Gallipolis is a town in extreme southeastern Ohio—not to be confused with the World War I battle site on the Gallipoli Peninsula in Turkey. This one got its name in 1790 when some Frenchmen (“Gallia”) established a village or city (“polis”) across from where West Virginia’s Kanawha River joins the mighty Ohio. They’d been discovered as stowaways on an Ohio riverboat and unceremoniously put ashore in what was then Native American territory. It’s probably most famous today as the site of the first Bob Evans restaurant on his farm in nearby Rio Grande.

I’m not sure if this is a history lecture, or if it’s a lesson on how—and how not—to deal with betrayed friendships, how insurance claims can work and the importance of discretion. Maybe, as my letter of reprimand stated, it’s about why FAA inspectors cannot allow “ private negotiations…or personal economic experiences [to] influence their professional responsibilities.”

I did—and stirred up a hornet’s nest.

In the grand tradition of putting aerodromes in picturesque but inappropriate places, the Gallia-Meigs Regional Airport (KGAS) sits down on the river. Landing west means crossing a big highway and bridge over the Ohio River, and with 11-foot crops and brush growing up to the edge of the runway—not to mention all that water—it’s a favorite hangout for deer and birds. Lots of birds.