The Case of the Absent Avgas 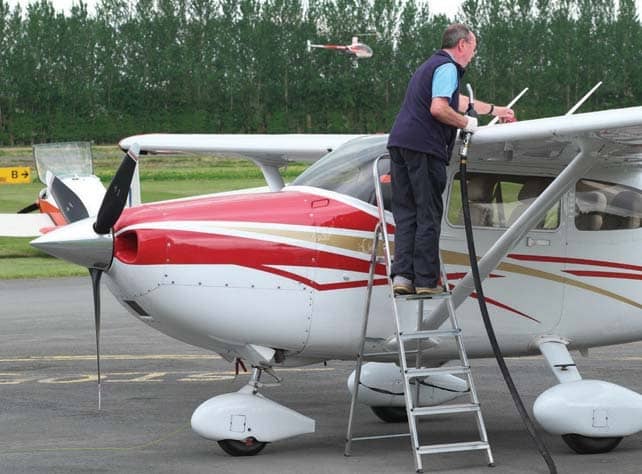 Can fuel supplies be legal and still inadequate?

Some accidents are preceded by warning signs. The takeoff into the teeth of an impending thunderstorm, the pilots smelling of alcohol, the stuffing of the last bag into an airplane already almost tipping over onto its tail—onlookers shake their heads or hold their breath. But some accidents arrive entirely without warning, and it is hard to know what or whom to blame.

A doctor, 67 years old, and a friend flew in a club Cessna 182E Skylane from Clemson, South Carolina, to Orlando, Florida, to pick up a crankshaft. The weather was fine and the flight apparently uneventful. After completing their errand at Orlando Executive, they took off for a 35-mile hop to Massey Ranch in Edgewater, possibly to get fuel there for the return trip. The price of fuel was substantially lower at Massey than at Executive, and they could save a hundred bucks or so.

According to the National Transportation Safety Board’s report, on the day before the flight the doctor, as the pilot, had fueled the 182E with 21.1 gallons (or 21.3—both figures are in the report) from a self-service pump at Oconee County Regional in Clemson. Because the pilot was making a longish trip the next day, he would probably have topped the tanks; the nonround number of gallons suggests that he did.

The two wing tanks of the 182E together hold 65 gallons, of which 5 gallons are unusable. This airplane was equipped with a supplemental 18-gallon tank behind the rear seats, from which fuel could be pumped to the right-wing tank, but there is no reason to believe that it was in use.