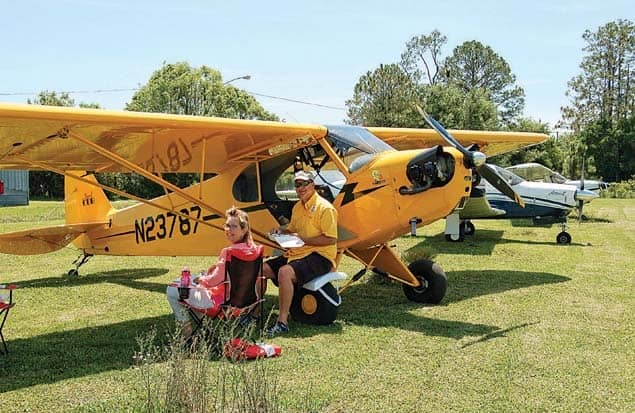 AVOIDING THE CORONAVIRUS AND A GOPHER TURTLE

One of the most common questions asked of me as an airline pilot—and now as a former one—is, “Did you ever have any really close calls?” My coy response is usually, “The espresso maker on the Triple Seven quit just as we reached our North Atlantic oceanic entry point after departing from London.”

The inquiries emanate from a respectful and innocent perception that my “always” glamorous career was mostly routine but sometimes fraught with the perils of flying a potentially flawed monster jet airliner through the stratosphere. The question really involves threat-and-error management, a term that most of us had never really defined until the airlines and the FAA directed that the concept be included in our training.

For the most part, my colleagues and I thought we were doing the job all along, ensuring the safety of our passengers and crew by simply upholding recurrent training criteria and adhering to standard operating procedures. So, when we were introduced to a color-coded concentric circle that offered a methodology to visualize the intrusion of threats and errors—with green being normal, yellow being a potential problem and red being a serious threat—we skeptically accepted the new model as a tool to better assist in managing a safe flight.

Though I would not characterize the unceremonious spool down of the right engine on our Boeing 767 while en route from New York’s LaGuardia to O’Hare in Chicago as a “close call,” it was certainly an illustration of TEM. The event occurred around the time I was contemplating the eyewatering amount of sodium in the cheese omelet that made an appearance as my crew meal. I was halfway through breakfast when Capt. Jack and I were rudely interrupted by caution lights on the engine-indicating and crew-alerting system’s screen. My immediate reaction was to rapidly toss the breakfast tray behind me onto the jumpseat. Jack did the same, albeit while depositing some hot coffee into his flight bag. We were entering the yellow zone.

With a hint of annoyance in his tone, Jack announced, “Crap, we lost the right generator.”