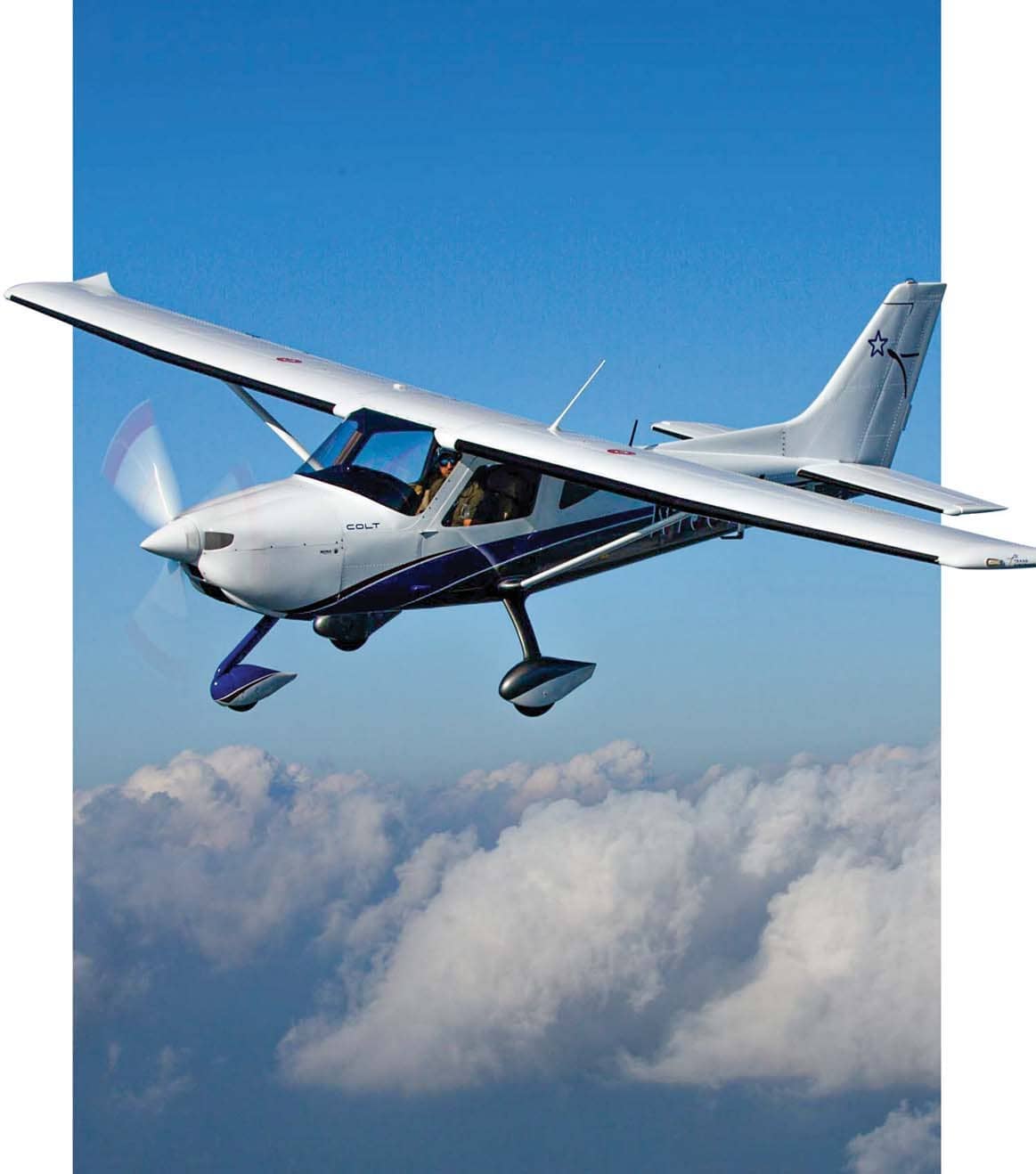 CAN THIS LSA BECOME A REAL 21ST-CENTURY TRAINER?

Dan Johnson told me, “The first light-sport airplane arrived in the US in April 2005. The first two FAA-accepted special light-sport aircraft were announced…almost exactly 15 years ago.”

Johnson reviews recreational aircraft and posts those reports on his site, bydanjohnson.com. A flight school needs to use an S-LSA in order to operate a light-sport aircraft in commercial operations—and that’s one of the target markets for Texas Aircraft Manufacturing’s new Rotax-powered Colt S and SL models.

The simple approval to operate the new two-place airplane at a flight school is not the only hurdle Texas Aircraft is facing. Johnson added, “Outside of the LSA world, many pilots I’ve spoken to believe these aircraft are too lightly built to hold up in flight training—one of the most demanding of all flight activities.”

Texas Aircraft Manufacturing, based at the former Hondo Army Airfield—now known as South Texas Regional Airport—about 35 miles west of San Antonio, remains focused on winning orders from flight schools. Considering the Colt is a brand-new design created with a modern glass cockpit and comfortable cabin, I had to wonder why a flight school wouldn’t consider it. After all, the primary new training airplanes being sold in the US today—the Cessna 172, designed in the 1950s, and the Piper PA-28, created in the early 1960s—took shape decades ago, though the avionics, engines and interiors have certainly been updated. To date, Piper has built nearly 40,000 of the four-place PA-28 model, which remains in production, while Cessna created about 31,500 of the two-place 100 hp 150s. Production of the 150/152 model ceased in 1985.

Plenty has happened to airframes and avionics in past 35 years—changes Texas Aircraft Manufacturing has taken advantage of, not to mention the expertise of the company’s design chief, Caio Jordão. The Colt SL, approved for both day and night VFR flight, includes a Dynon SkyView HDX avionics suite, including synthetic vision and an autopilot. The airplane retails for $167,000. Today, the almost certificate Piper 100i, with Garmin G3X Touch avionics and a GFC 500 autopilot, sells for about $289,900; a four-place Cessna 172S— the smallest of that company’s single-engine airplanes, featuring Garmin’s G1000 NXi— lists for $411,000. Seems like a no-brainer if the decision to buy one of these technically advanced airplanes is simply based on price.

Texas Aircraft CEO Matheus Grande said, “The Colt is much less expensive to conduct any repair work on, especially if you’re working with an all-composite aircraft.” If a local school has the availability of automotive gas on-site, so much the better, according to the Texas Aircraft folks, because using that fuel eliminates 50-hour oil changes and spark-plug cleaning made necessary by use of 100LL. The company believes a flight school with an in-house mechanic could easily tuck away just $23 per flight hour for maintenance and views the Colt as a modern-day version of the Cessna 150.

One element of the earlier Cessna trainers that has not been completely remedied in the Colt—or any other similar two-place airplane—is useful load. Both the Colt and the 150 post an almost-identical useful load of 485 and 489 pounds, respectively. Fill up the Colt with fuel, and the weight of the people in the cabin will need to shrink pretty quickly. Scott Musselman, the company’s customer-engagement contact, said the Colt is a good cross-country airplane when a student or pilot is solo. With two average-size folks aboard, pilots should plan on carrying no more than about three hours of fuel with a reserve, approximately 18 gallons. Another concern for any flight school is the cost of insuring a fleet of Colts—especially in the current marketplace where rates have been rocketing skyward. 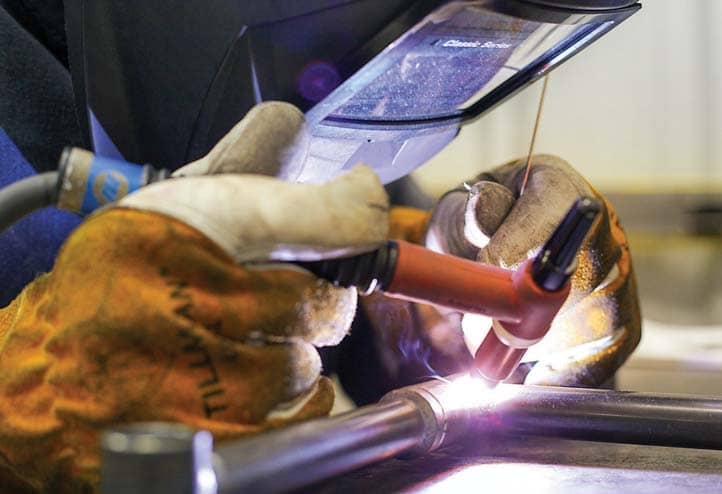 Jordão, a mechanic and pilot turned-designer, hopes the company is a few steps ahead of the naysayers. Known to some as the god of the Brazilian LSA world, Jordão created the successful line of Inpaer airplanes in that country, such as the Conquest 180 that formed the basis for—and bears a striking resemblance to—the new Colt. There are approximately 400 Conquest 180s flying in Brazil.

Jordão’s experience in Brazil taught him that “if you build lighter landing gear, for instance, and something happens on landing, the whole airplane is usually destroyed.” (Because Jordão answered in Portuguese, my interview was translated by Scott Musselman.) The new Colt includes “seriously strong landing gear for that very reason,” Jordão said, adding that Colt customers will appreciate the strong airframe, which includes a chromoly survival cage that encases passengers, as well as a standard Galaxy Rescue Systems ballistic parachute on the SL (GRS chutes are built in the Czech Republic). Jordão said the Colt has a useful airframe life of 6,000 hours. 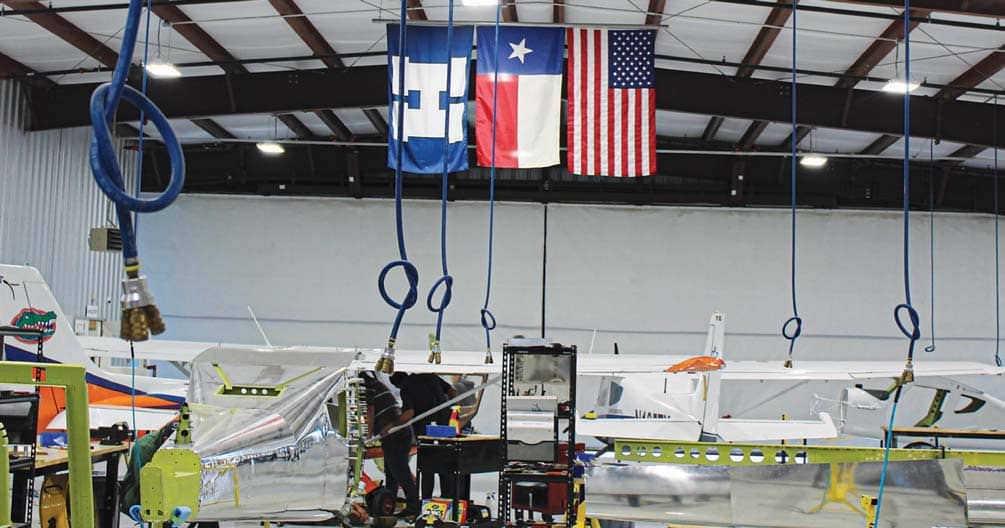