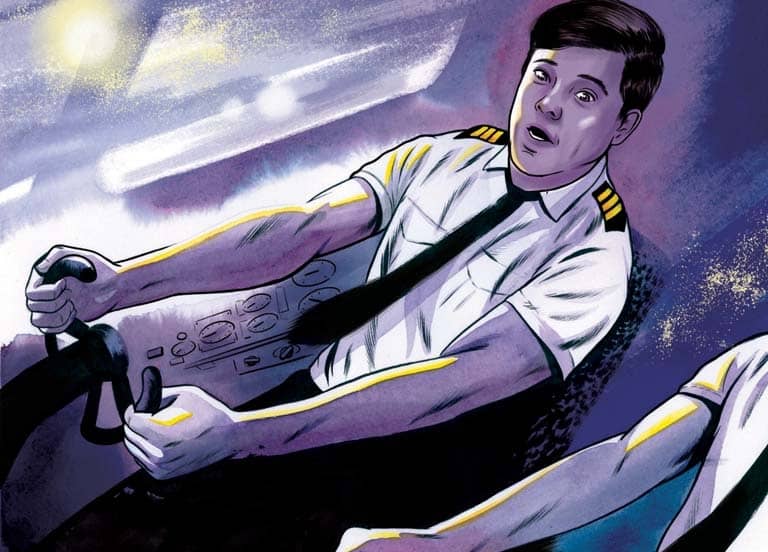 In an airplane, surely cheap thrills are better than costly thrills—but, frankly, a safer atmosphere in the cockpit may be boring thrills. Boredom in an airplane is good.

I begin to sound cynical here when, in truth, I feel that our best experiences in airplanes can fall somewhere between serenity and a luminous exaltation. Here I want to tell you about yet another kind of airborne thrill I once suffered.

When I was a wet young pup back in the 1970s, I flew for a dirtbag commuter airline I’ll call “Moonglow Airways.” I was a copilot on the Douglas DC-3 and the Martin 404 at a time when both of these airplanes were already perceived by many as geriatric refugees from the old airliners’ graveyard. I was a copilot on the DC-3 for the first year and was then given a very abbreviated checkout on the Martin. I was so new to the airplane, I could work the checklists only in a rather halting manner.

It was Friday morning on December 22, 1978, sometime before most airlines began to practice the enlightened model of crew resource management that finally got all the pilots talking with each other freely so as to engage the minds of everybody on the flight deck.

In those days, we operated on the “captain as God” model of crew interaction. The captain dictated his instructions to the underlings (and yes, the boss was almost invariably male). The subordinate officers were then expected to reconfigure the airplane on command, talk with ATC and otherwise sit quietly on their hands.

A stream of horrific accidents occurred during these years before crew resource management appeared throughout the industry. Many of these tragic accidents could have been prevented if the lower-ranking pilots had felt free to speak up with appropriate assertiveness when threats to safety arose.