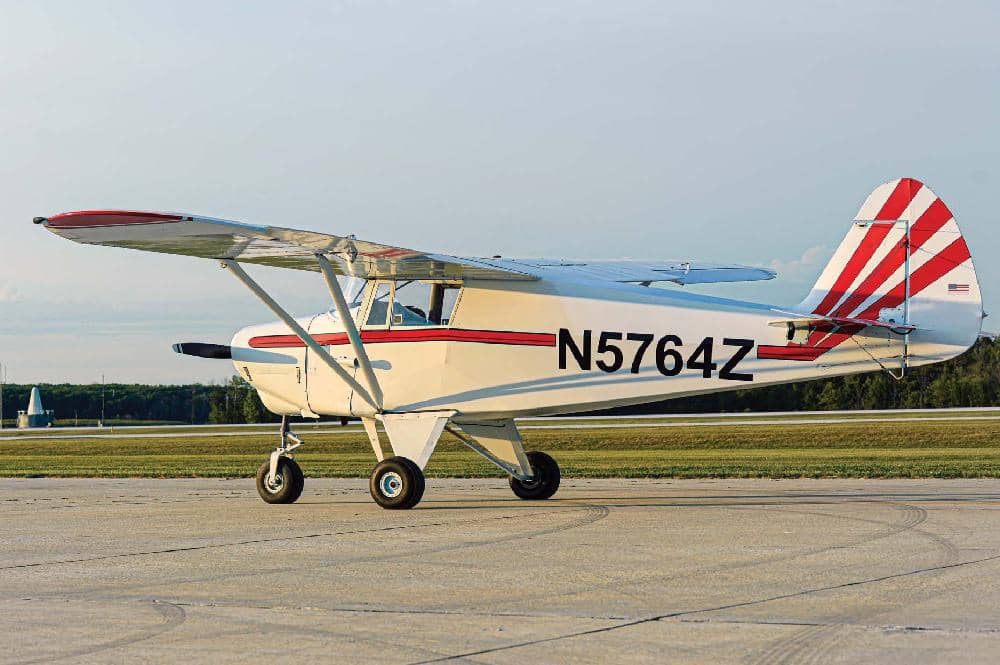 BROWSING THE WEB in search of an airplane to buy is not unlike taking a stroll through your local bookstore; the newest and trendiest items tend to be featured prominently, with substantial fanfare. Carbon Cubs, Kitfoxes and Cessna 170s dominate social media and are featured front and center, while commanding ever- increasing prices on the usual classified sites. But hiding in the quiet, less-traveled aisles toward the back of the store, treasures can be found: older, less-flashy editions that, while frequently passed over, nonetheless faithfully continue to provide wonderful experiences.

Such is the case with the Piper Colt. Often overlooked as a lower-powered, less-capable version of the more common Tri-Pacer, it’s easily brushed aside by many shoppers. At first glance, its awkward-looking landing gear conveys an unbalanced, top-heavy presence. Further investigation reveals a capacity of only two people on board, with a baggage area in place of the Tri-Pacer’s rear seats.

While many write off the airplane as a contender at that point, an astute shopper takes a closer look, and the Colt reveals itself as a thoroughly underappreciated approachable aircraft.

When Cessna introduced the 150 in 1958, it didn’t take Piper long to realize they didn’t have a direct competitor and, thus, were losing potential sales. At the time, they lacked an economical two-place trainer with side-by-side seating, and with the introduction of the Cherokee 140 still a handful of years away, they needed a stopgap measure.

The Colt was their solution. Using the Tri-Pacer as the starting point, Piper got to work simplifying it in an effort to reduce costs and offer aggressive pricing. They kept the tricycle gear, but removed the rear seat and door and modified the shape of the rear fuselage. Out came the flaps, rear windows and second fuel tank. Sacrificing horsepower for thrift, they chose the 108 hp Lycoming O-235 in lieu of the Tri-Pacer’s 125 to 160 hp options.

The result was a lighter-weight PA-22 that, at $4,995, was nearly half the cost of a Tri-Pacer and was $2,000 less than Cessna’s 150. Piper ultimately built approximately 2,000 examples between 1961 and 1963 before bringing the Cherokee 140 to the forefront as their inexpensive two-seat trainer.

Because Piper produced so many fewer Colts in comparison to the commonplace Tri-Pacer, their presence in classified listings follows suit. Though they’re far less common, there always seems to be one or two listed for sale.