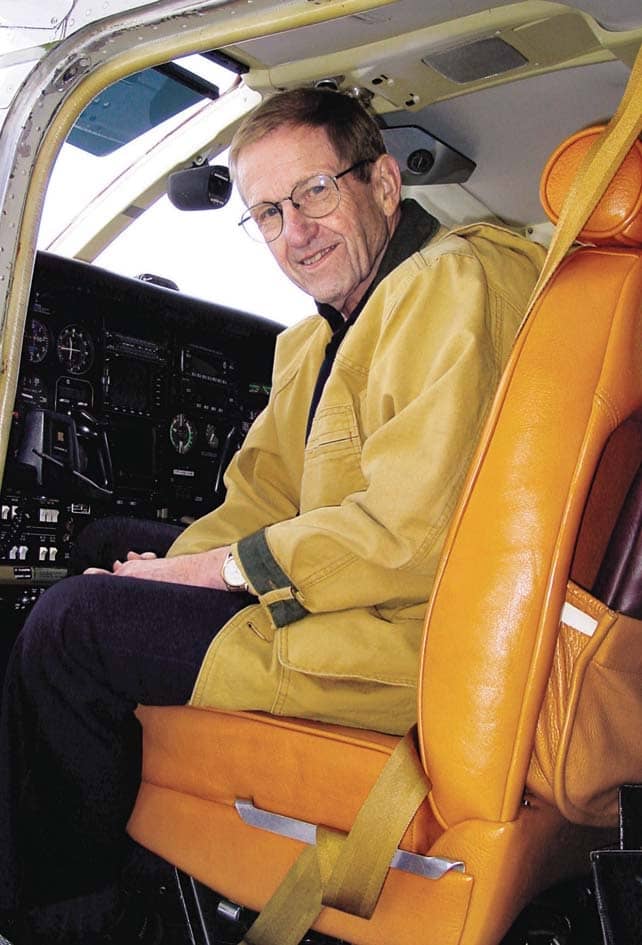 The pursuit of a good touchdown

DICK KARL
From the very beginning, my children were instructed to greet each landing with praise. As long as the crash didn’t dislodge any loose teeth—or, later on, their retainers— it was expected that they would utter an obligatory congratulation. Today, my grandchildren make a big point out of yelling, “Nice landing, Pop,” as I shut down. They may actually mean what they say.

This custom began out of desperate need. I have never been a good “lander.” Though I pored over articles by Richard Collins about how a stabilized approach produced soft landings, I never seemed to master that last inch and a half of touchdown. While in the Army, I bought a used Beechcraft Musketeer in 1971. I was so sorry at landing that I commissioned a friend to stand next to a rural runway and photograph the Musketeer on approach and landing. The photos looked just like ones in the magazine, but the actual experience in the airplane was jarring. For a while, I became so frustrated with bounced and porpoised landings that I retracted the flaps at the first hint of contact with the ground.

Subsequent airplanes—Cessna 210s—didn’t help. The 210s were nose-heavy, and I never did achieve that paintbrush feeling of a gentle runway caress. Just getting the airplane on the ground on the centerline somewhere near the aiming point was about the best I could do. Even that was only on occasion.

Years later, the legendary Collins went out of his way to take me from White Plains, New York (KHPN), to Syracuse (KSYR). Now I would see if he was as good as his writing implied. A brisk crosswind bounced us around, but at just the last second, Collins straightened out the green-and-white P210, lowered the left wing, and we kissed the pavement. “OK,” I thought. “It is possible.”