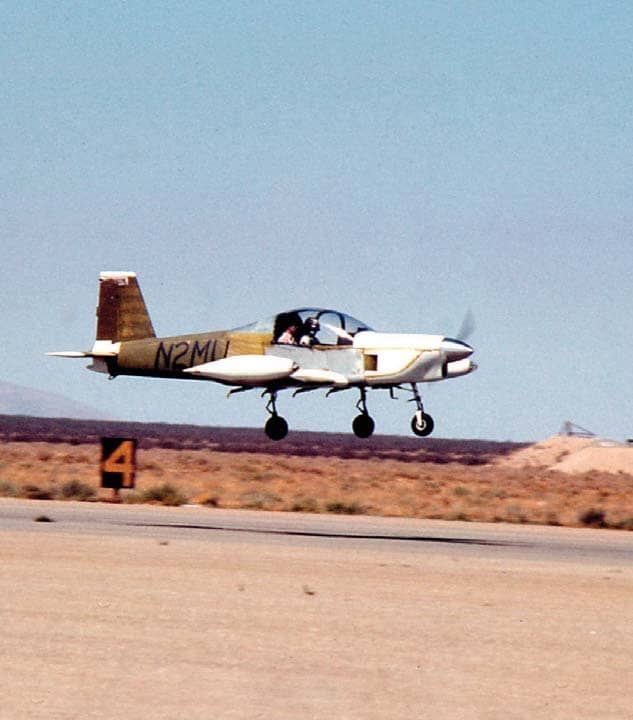 It’s best if the climactic moment is not also your last.

My friend Longbridge has been working for years—these things always take far longer than you think they will—on a Lancair 320 with a lot of airframe mods, the most conspicuous of which are a double-slotted Fowler flap, enlarged empennage surfaces, and leading-edge cuffs on the outer panels of the wings. And then there are the powerplant things—some engine and cooling mods, electronic ignition and so on.

He finally got it finished a few months ago. Then he hired another pilot to do the first flights.

I was surprised. First of all, Longbridge is an experienced pilot himself. He has modified and tested a series of airplanes, all of which he got to go faster and stall slower. So it’s not as if he were a stranger to flight testing. But, to my mind at least, there was the jus primae noctis aspect of the thing. Don’t you want to be the first?

He said three things had entered into his decision. He had no stick time to speak of in Lancairs, the airplane was heavily modified, and he had not flown in the past 15 months.

This got me thinking about first flights.

I did the first flights in both of my homebuilts, which were original designs and therefore of unknown quality. I never even gave a thought to having someone else do them. I suppose the same rashness that made me think I could create an airplane made me imagine I was equal to whatever surprises it might spring on me. (A seven-minute video of the first flight of my second airplane can be found on my YouTube channel—my first upload. It’s rather boring but gets livelier at the end. This wasn’t strictly a first flight, though; I had made three long hops on what is now the Mojave Air and Space Port’s 10,000-foot runway the day before.)