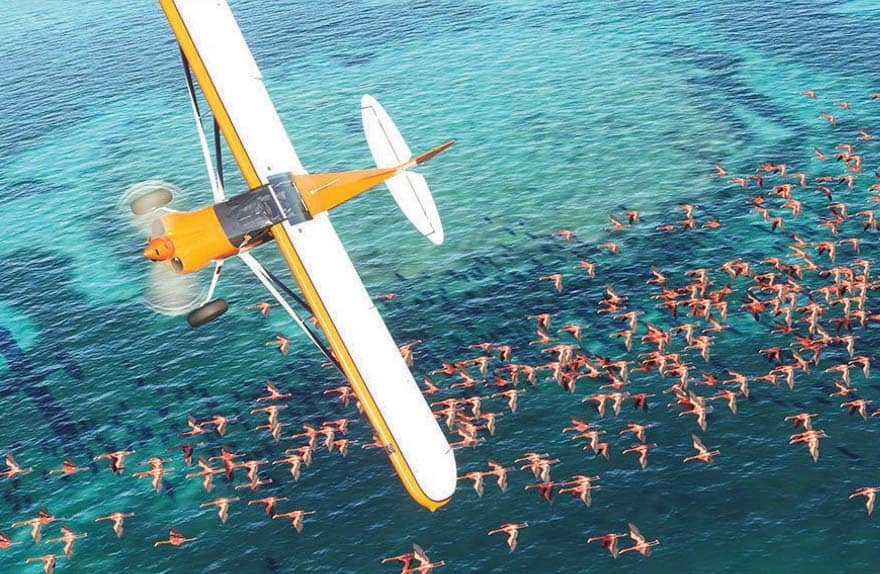 The next generation of aviators

Did you ever fly out of Meigs Field in downtown Chicago before it closed? It’s one of those airports you will never forget—if you were lucky enough to visit before the painful closure in 2003. But ask just about any pilot today who learned to fly in the late 1990s or early 2000s, and memories will flood back to the view from the departure end of Runway 36 at KCGX—preparing for takeoff in Microsoft Flight Simulator. For many, including me, this was the first introduction to the excitement and freedom of general aviation.

After mastering the traffic pattern over Lake Michigan and buzzing the Hancock building and Sears Tower, it was only natural to switch over to Patty Wagstaff’s Extra 300S and fly the BFGoodrich-sponsored aerobatic airplane for some high-performance inverted maneuvers. Most of us had no idea what we were doing, but thanks to an inexpensive yoke or joystick and the family computer, we learned more about airplane control, flight instruments and aerodynamics than we likely realized at the time.

There’s no question that the countless hours of joyriding around the US in Flight Simulator led me to choose a career path in aviation. And I can say for a fact that the experience and knowledge indirectly gained from manipulating the controls of the Cessna 172 and studying the instrument panel trimmed off more than a few hours of the time it took to earn my private pilot certificate in 2000.