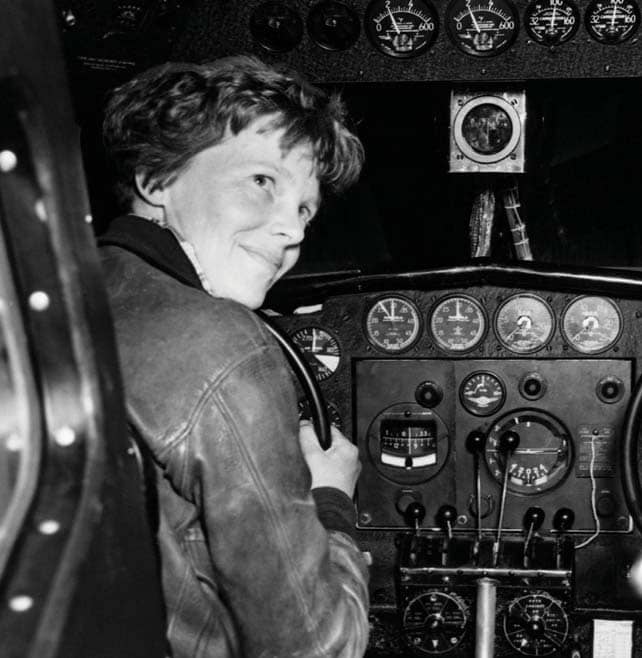 Luck is no substitute for fuel.

Three-quarters of the globe behind them, Amelia Earhart and her navigator, Fred Noonan, now had only the Pacific Ocean left to cross. They took off midmorning from Lae, Papua New Guinea, on July 1, 1937, bound for Howland Island, an 8,200-foot-long, paramecium-shaped speck halfway to Honolulu. A runway had been carved out on the uninhabited island for their use. Fuel awaited them, and the US Coast Guard cutter Itasca stood by with radio-direction- finding equipment. Earhart would navigate by pilotage and dead reckoning until nightfall; they would then rely on Noonan’s celestial navigation until the sun rose an hour before their anticipated arrival. Thereafter, Earhart would dead-reckon again.

They reached the vicinity of Howland Island and then disappeared.

The belief that they still had several hours’ worth of fuel as they approached Howland Island—and that their Lockheed Electra could therefore have ended up anywhere within a wide radius that included a number of other islands—spawned a thousand fanciful alternatives to the obvious, and prosaic, explanation for their disappearance: They failed to find microscopic Howland, ran out of fuel, were swallowed by the Pacific.

In the course of weeding out old papers, I came upon a 1999 study of some technical aspects of that fatal flight. Its thesis was that the fuel duration of 24 hours commonly attributed to the Electra was incorrect for several reasons and that the real figure was probably between 20 and 21 hours. This meant that when the Itasca last heard from Earhart, 20 hours and 13 minutes after takeoff, her fuel was, as she herself reported, running low, and the Electra could not have reached any land other than Howland or the nearby— and even smaller—Baker Island.

The authors, a professor and a graduate student from Caltech, note that to begin with, the high daytime temperature at tropical Lae would have made the fuel less dense. Fuel is stored by volume but consumed by mass, and so the flight duration provided by the fuel—1,100 gallons— would have been half an hour less than expected. Furthermore, the calculated range of the airplane did not take into account the effect of altitude on specific fuel consumption.