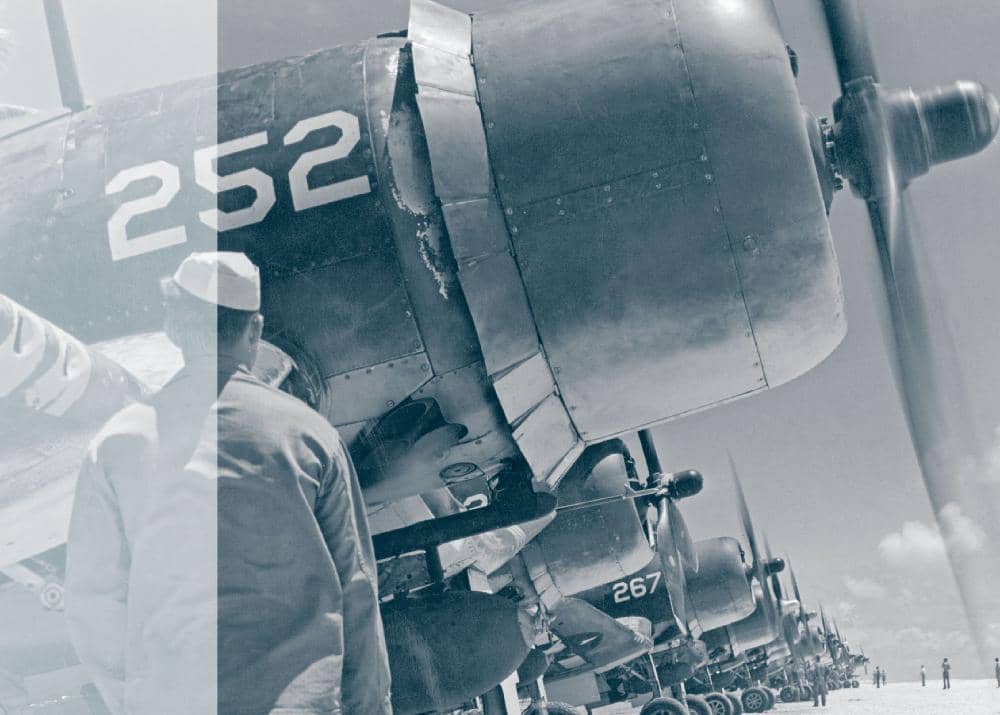 THE CORSAIR WAS ONE TOUGH BIRD

ERIC HAMMEL
“I had never seen so many Japanese fighters in one group.”

Chimu fighter strip was on the portion of Okinawa closest to Japan. My squadron, VMF-224, had been sent to Chimu from Yontan Airfield for the purpose of early interception of aircraft in the event of enemy attack and for mounting fighter sweeps over Japan itself. On July 2, 1945, we flew our Corsairs equipped with auxiliary belly fuel tanks from Chimu on a sweep to Kyushu. Our goal was to draw the Japanese fighters into the air and engage them in a dogfight. I led one division of four planes from 224 and Major Mike Yunck of VMF- 311 led a division of four from his squadron. The other three pilots in my division were Second Lieutenants Lowell Truex, Denver Smiddy, and Schleicher.

It was a beautiful, bright-blue-sky kind of a day, and our flight up was uneventful. When we were well over the landmass of Kyushu, we began flying back and forth, generally on a north-south axis at 20,000 to 21,000 feet altitude. On one of our southern legs, shortly after we arrived on station and with Mike’s flight off to my right, I was searching the sky in all directions. Suddenly, I saw a tremendous group of Japanese fighters about 3,000 feet below. They were streaming from dead ahead and back toward my seven or eight o’clock position. I had never seen so many Japanese fighters in one group since my days on Guadalcanal, and it was the first time that I ever had altitude advantage in the entire war. I identified those planes as Zeros as soon as I spotted them. 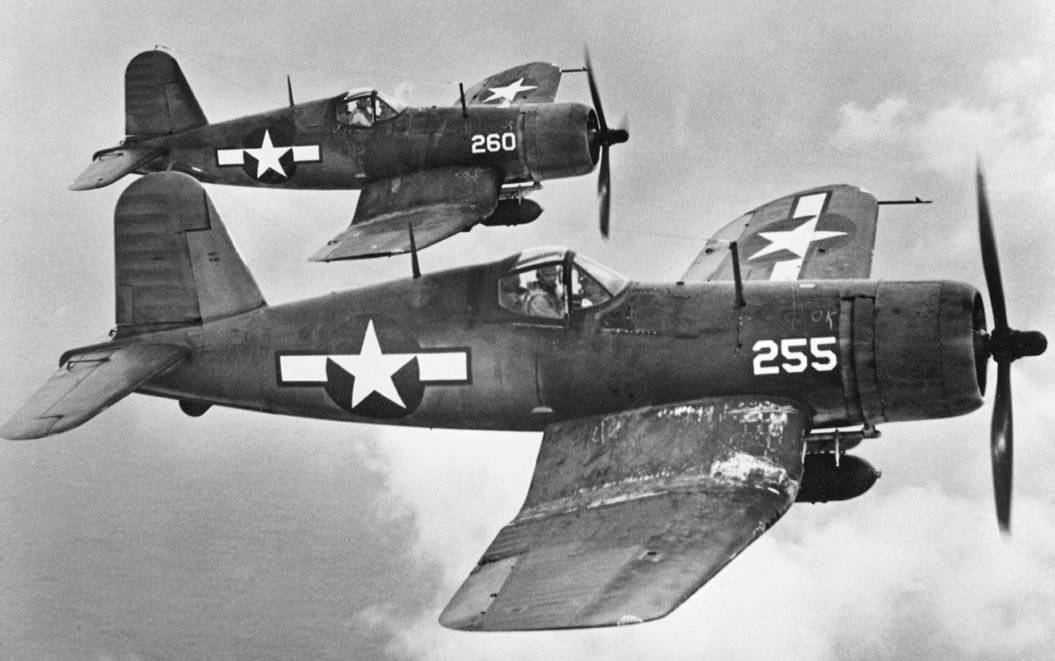 I “tallyhoed” and told everyone to drop their belly tanks. Just as I made my release, someone radioed: “You dropped your tanks, Joe.” I rocked my wings—the attack signal— and rolled left almost into a split-S. Then, all four of us made a nearly vertical dive right down into the formation.

Mike Yunck’s division attacked this large fighter formation when we did, so our attack amounted to eight Corsairs engaging what we estimated later to be about 80 Japanese fighters. Maybe it was forty under my formation and forty under Yunck’s, but in any event there was certainly a big group of them.

The Japanese fighters seemed to be very shiny, as if they were unpainted with the original aluminum showing. They were flying in just about perfect formation. As we dove on them, I couldn’t perceive whether they spotted us yet. Most of the formation had passed beneath us before I attacked with my division, and they had not made any move that would indicate they had seen us.