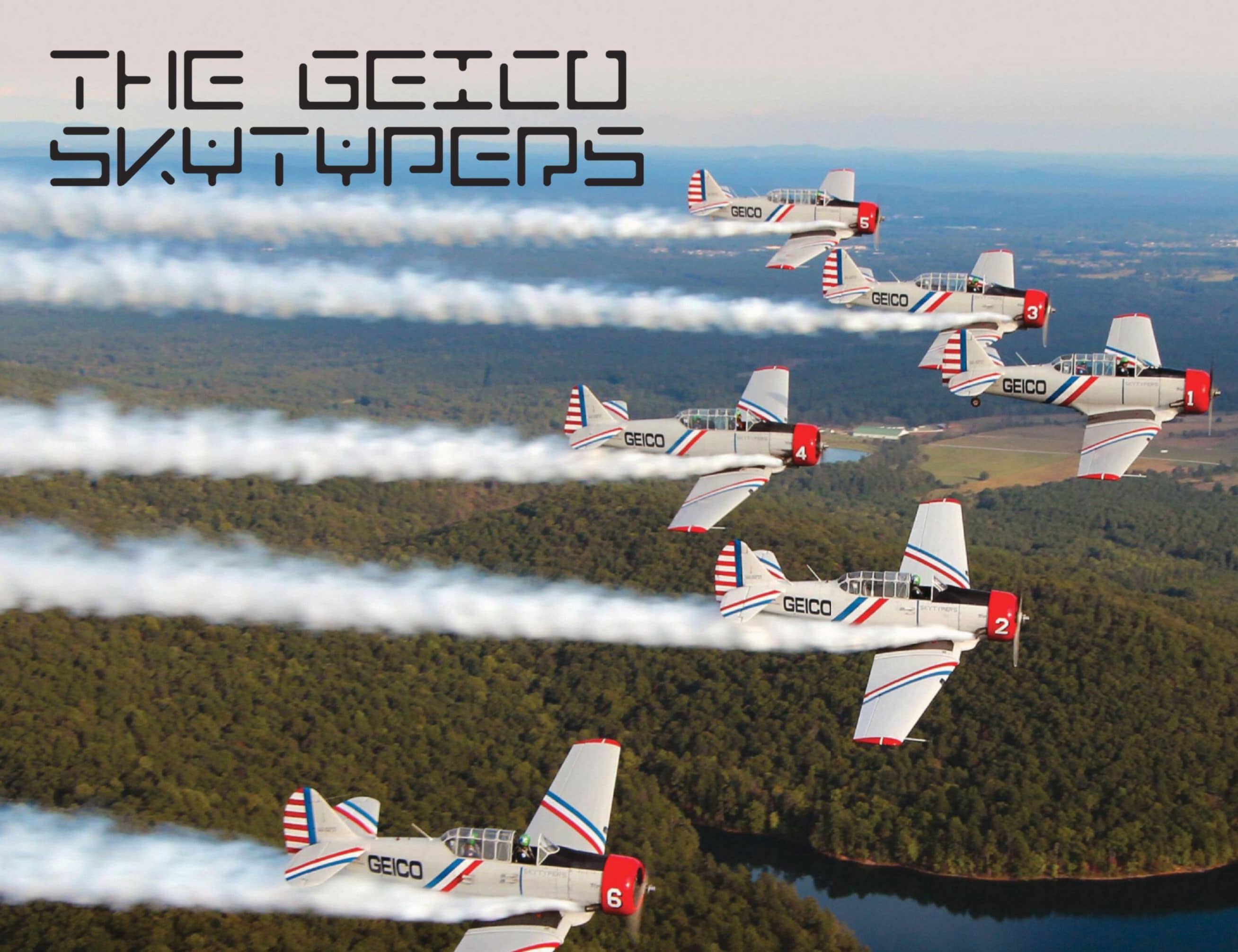 The family-run business that changed the skywriting industry forever!

A precision flight squadron made up of six WW II vintage North American SNJ-2s, the world-famous GEICO Skytypers Air Show Team performs exciting flight maneuvers at many top airshows across the country. One of the most widely recognized airshow teams, the Skytypers have been thrilling crowds for decades, and can often be seen in GEICO commercials with an airsick GEICO gecko flying backseat!

The Skytypers began operation in 1932, when a little-known beverage company hired Andy Stinis (pictured here) to perform skywriting to promote its product. That company was Pepsi-Cola, and for the next 22 years the company used skywriting as its best mass advertising medium. In 1946, Andy developed what he called “skytyping,” a faster, more advanced method of skywriting using multiple aircraft to create more complex displays and messages in the sky. Skytyping produced a high-quality image, with messages that were clearer at long distances and stayed intact much longer. In 1964, Andy was awarded the patent for computer-controlled skytyping between multiple aircraft.