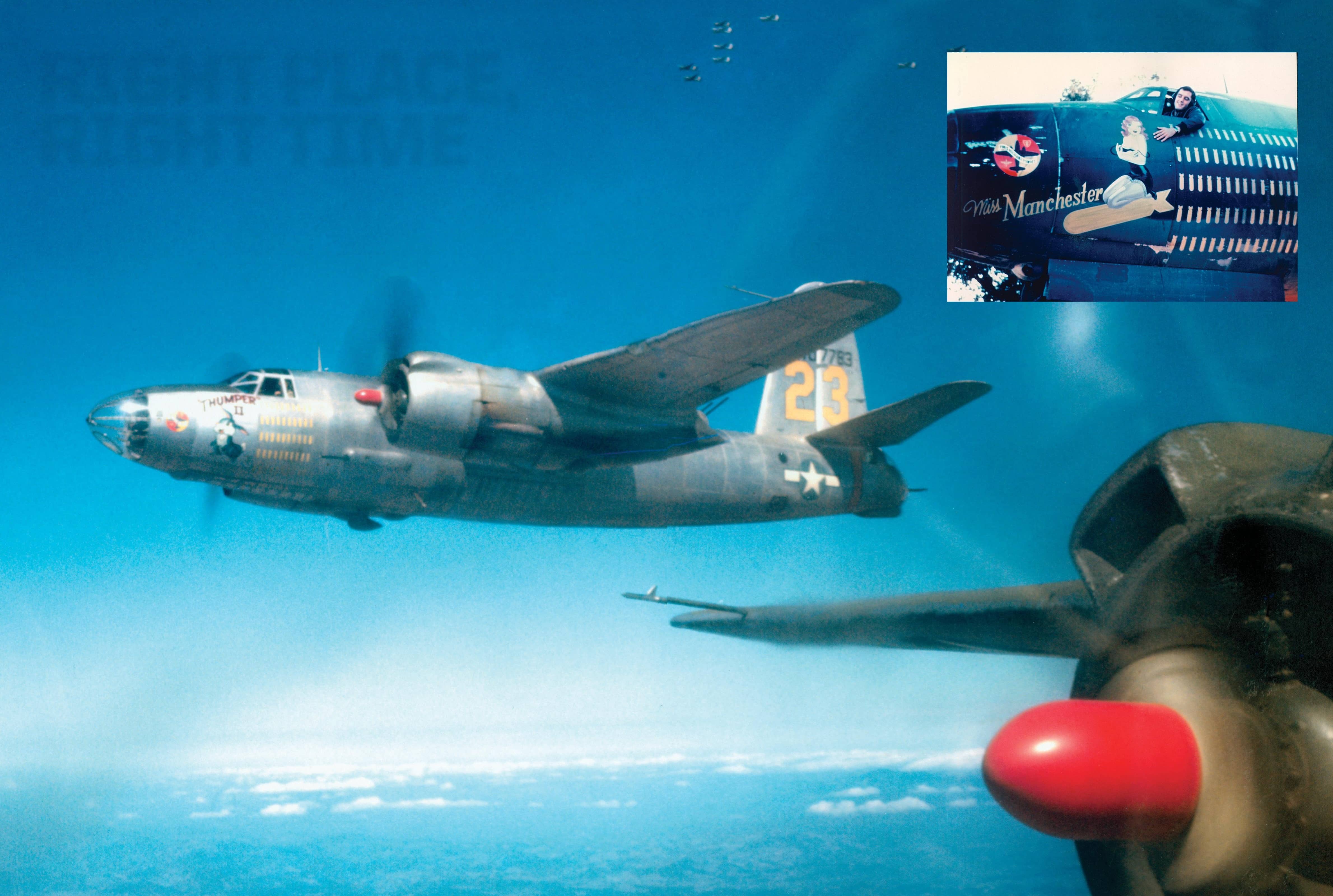 How luck and fate allowed me to survive my missions.

Christophe and Isabelle Laniece live in Grenoble, France, and they are both physicians. They also happen to be world-class sailors. In August 2006, they drove to Marseilles with their son, Cami, and daughters Elsa and Charlotte, and there they embarked on a 10-day cruise on the Mediterranean Sea that would cover 1,200 miles—on a catamaran! Jane, Charlotte’s pen pal from Philadelphia, was with them.

On the first leg of their odyssey, the twin hulls of their sleek vessel carried them east past Toulon to the tip of the island of Corsica and then south along the coast. Charlotte’s friend, Jane, is my granddaughter, and when Jane told me about her adventure, it occurred to me that they had sailed directly over some of our U.S. aircraft that had ditched in the Mediterranean during WW II. Thierry Willaey lives in Provence. He belongs to a SCUBA club and combines his love of diving with his interest in those underwater relics from WW II. One of his group’s discoveries was the remains of a Martin B-26 that had ditched 50 meters off the coast of Corsica in water just 13 meters deep. Initially, they had identified it as a plane from the 17th BG, and their findings, including the N number on the plane’s vertical stabilizer, were published on the Internet. Franz Reisdorf, historian for our 320th Bomb Group, saw the article. “The ‘N’ number was 43-34234,” Franz said, “and it stuck in my mind. I finally looked through my slides, and there it was: N 43-34234, on the tail of Lt. Robert Dinwiddie’s aircraft that got hit on August 22, 1944, over Vergato, Italy.” The French were pleased to get this positive identification. Franz was excited when he called to tell me about the find, and it got me thinking back to those incredible days more than 60 years ago, when I was a 20-year-old pilot flying on that mission.

It was in summer of 1944 that our crew graduated from training flights to combat missions. After a 10-day boat trip across the Atlantic, we languished in Camp Canastel, a replacement depot in Oran, North Africa, for almost a month. At last, on July 4, a battle-worn, olive-drab B-26 arrived to ferry us to our new base on Sardinia. We were in awe of the pilot, whose A-2 jacket sported 40 yellow bombs in neat rows of 10, one for each mission he had flown!

The trip from Oran to Sardinia was 600 miles and took three hours. We had been assigned to the 441st BS, 320th BG, flying off Decimomannu, a unique airfield on the south tip of the island. “Decimo” was a huge dirt field, six oiled-down lanes wide and just over 8,000 feet long. Two bomb groups were based there, and we shared the field with the 319th. Each group had a complement of 96 Marauders, and takeoffs and landings were in formation. On missions, the 319th pilots took off six abreast at one-minute intervals and the 320th three abreast at 30-second intervals. Without ever seeing it happen, I was positive I would never be able to do this. 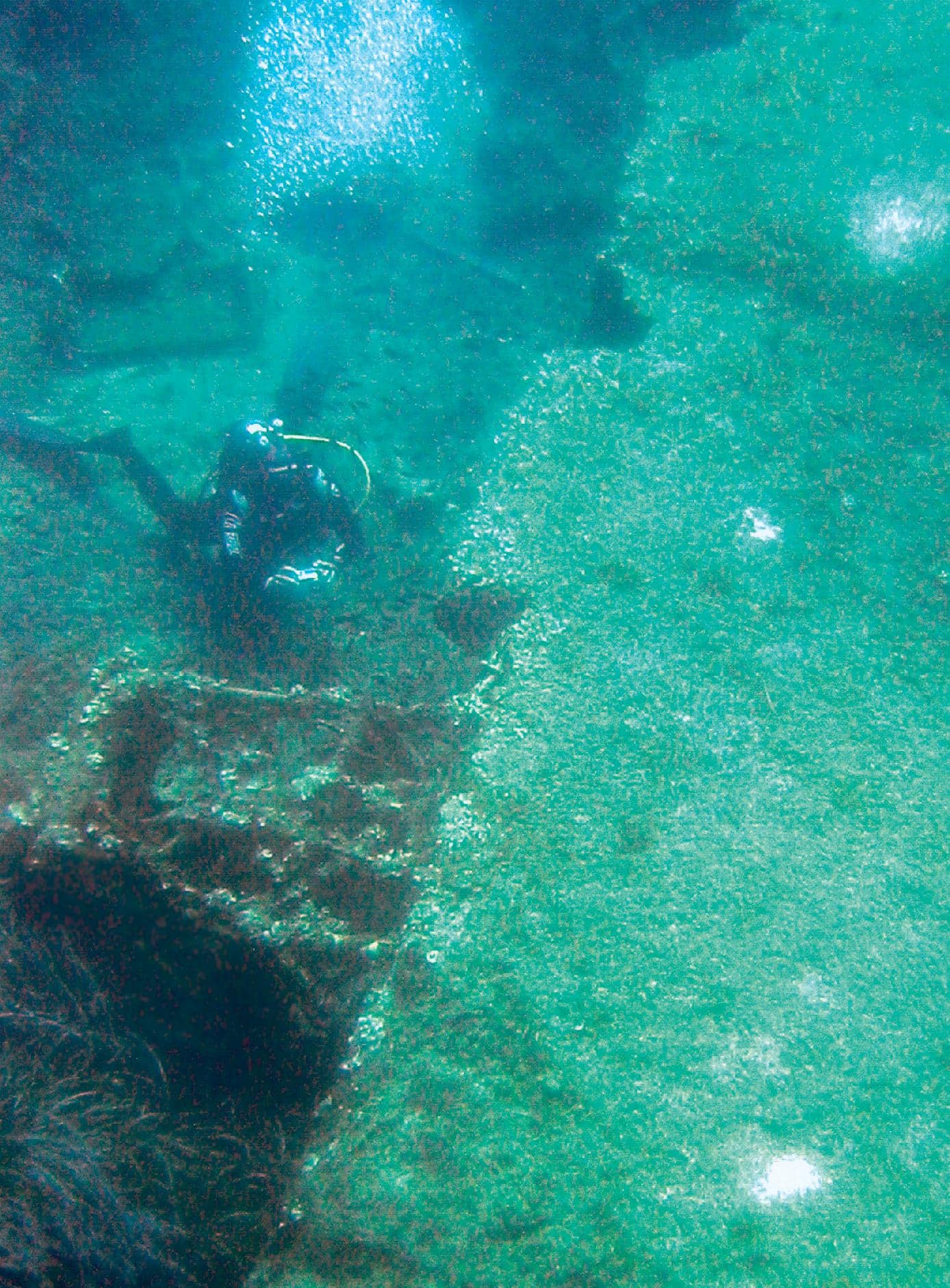 Our squadron area was a mix of tents and “casas,” houses built with mud bricks. The casas were painted in happy, pastel colors, and they had stoves, electricity and even showers. The showers were gravity-fed from either 55-gallon drums or fighter drop tanks mounted on the roof and solar heated, which provided hot water. The old-timers lived in the casas, while we “short-timers” lived six to a tent. There was a definite caste system, and the number of missions a crewman had was the currency. 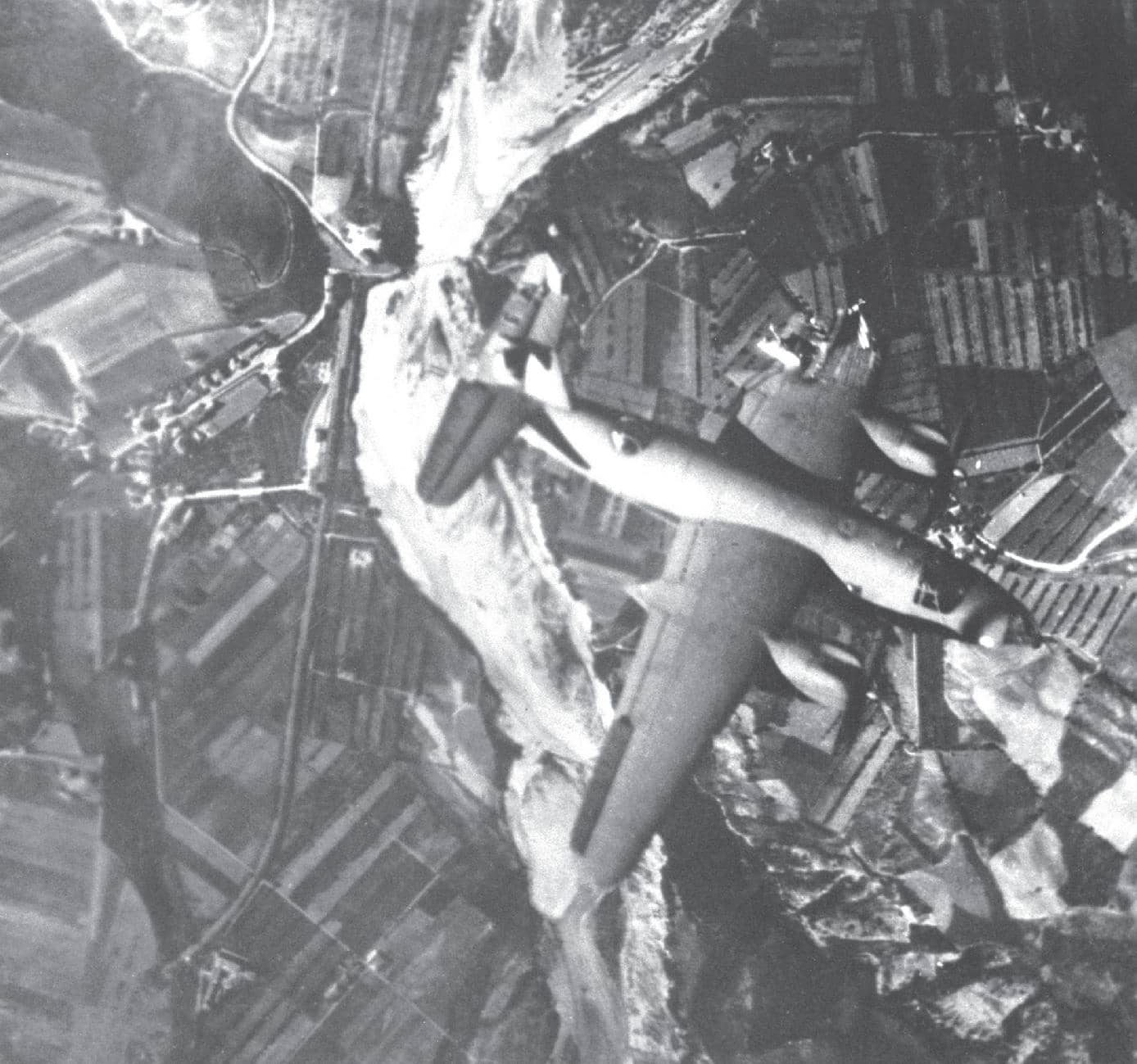 On July 10, I was scheduled for my first mission, flying with Lt. Hubbard, who was flying his 61st. When I met him at the plane, I sensed that he was less than pleased that his copilot was a “newbie.” In the formation, we were on the left-wing of the group lead in an 18-plane formation. Each B-26 carried eight 500-pound demolition bombs to be dropped on a railroad bridge south of Marzabotto, Italy.

The summer days were long, and we didn’t launch for this five-hour mission until 1448 hours. Focused on my copilot duties, I didn’t get to watch our lead ship in the formation takeoff. The Decimo strip was so bumpy, I had to plant my right foot on the vibrating instrument panel to monitor the gauges, while Hubbard never took his eyes off the lead ship. We climbed out at 160mph, and with one sweeping turn, completed the join-up. We headed almost due north up the middle of Sardinia and then along the east coast of Corsica. When two six-ship flights of Spitfires joined us as our fighter escort, I felt as though I was part of a newsreel. Spitfires! They were based on Corsica, and it was the first time I had ever seen one in flight.