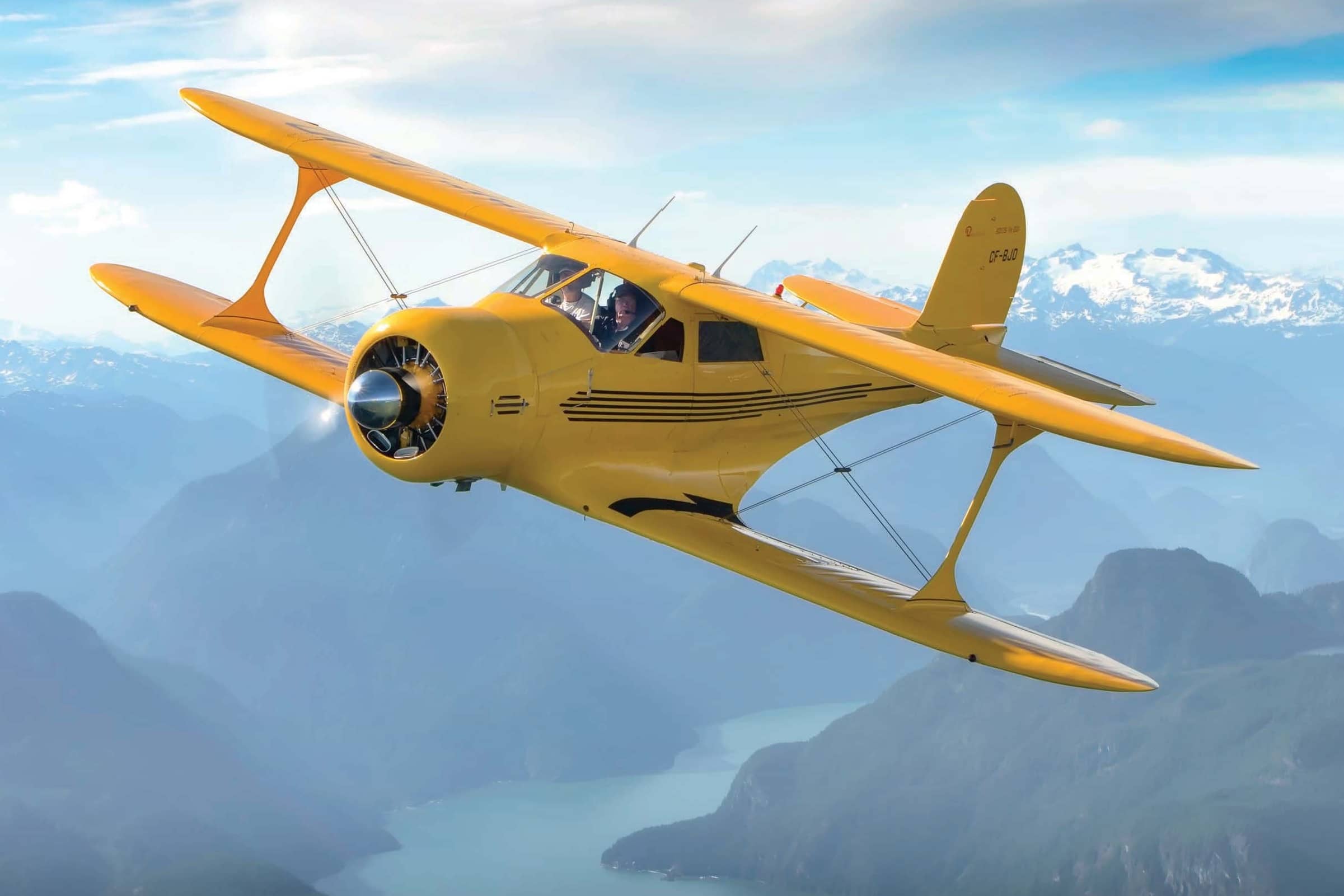 A Canadian Staggerwing Gets a New Life

The classic Beechcraft D17S Staggerwing first appeared in 1937 and was a follow-on design for Walter Beech of the original fixed gear Model 17 of the early 1930s. It was considered to be one of the finest and fastest aircraft of the time. It was expensive, with prices quoted between $14,000 and $17,000 U.S. depending upon the engine selected. A complex aircraft with retracting gear and a comfortable cabin large enough for five adults and some baggage, it had a top speed near 200 mph, which appealed to the wealthy businessman in need of fast, efficient transportation. This Canadian registered Staggerwing, CFBJD, was manufactured by Beech in the spring of 1938 for the Imperial Oil Company in Quebec. Imperial ordered the seaplane version as indicated by the model number, SD17S. Two major differences in the seaplane version are the fuel system and the addition of a right side cabin door. There were three fuel tanks instead of the four normally found in the landplane configuration. There was a tank in the lower right wing and two belly tanks making it easy to fuel from a dock without the need to climb ladders to fill upper wing tanks. 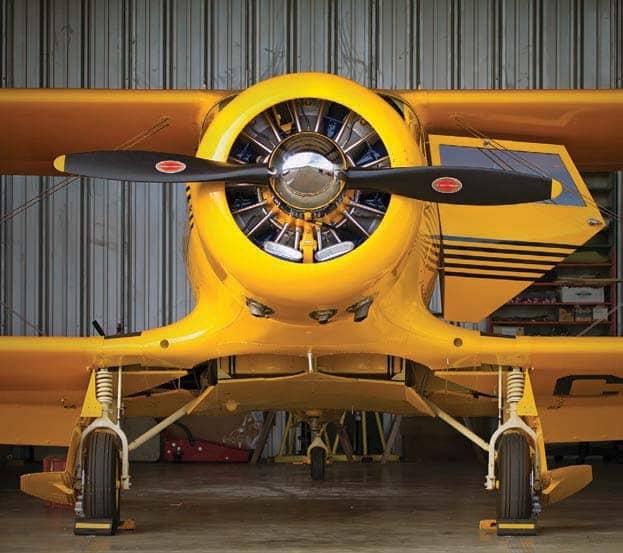 The airplane was delivered to Canada from the factory in Wichita, Kansas to Fairchild Aircraft in Longueil, Quebec where it had a set of Canadian made EDO WA-4665 floats installed. Six weeks later, the wheels were reinstalled but in August 1938, brake problems caused the plane to overshoot the runway and collect the airport boundary fence in the process. The damage included a bent propeller and also required the replacement of the front spars and a number of nose ribs in both lower wings. The airplane was back in service seven weeks later. 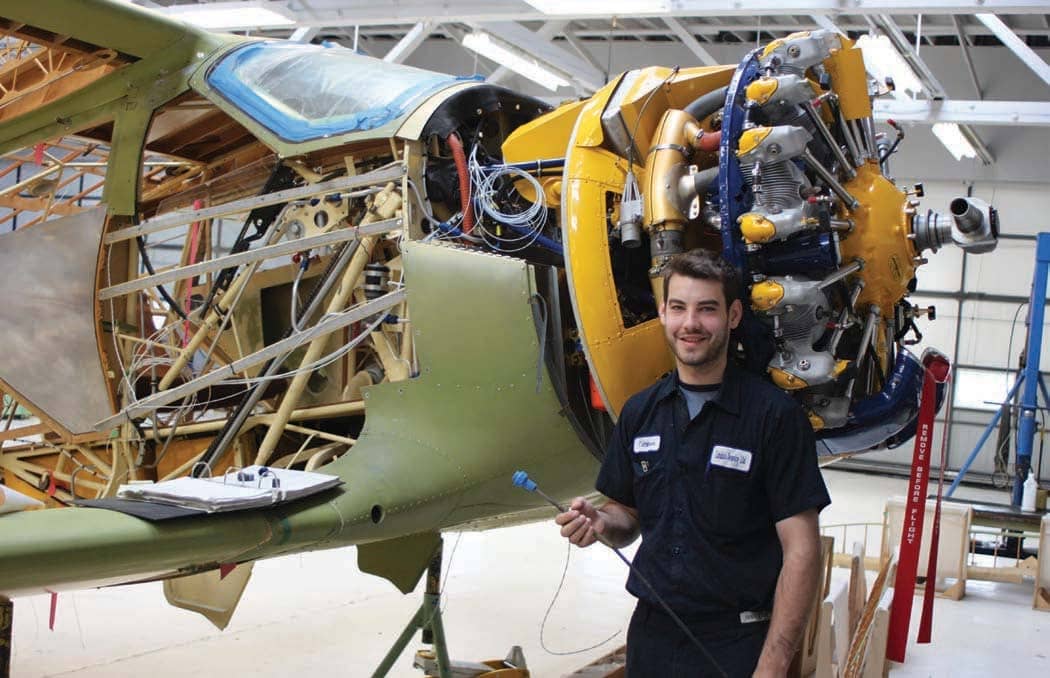 Imperial operated the plane as an executive transport for the next 10 years. For nine of those years the primary pilot was a well-known Canadian bush pilot, T.M. “Pat” Reid. According to the logs, it appears that BJD was Pat’s personal airplane as he flew it 417 times for an estimated 600 hours between August 1938 and September 1947.

In 1954, Pat and his wife Marjorie were passengers in a Trans-Canada Air Line’s Northstar when their aircraft was struck by a locally based RCAF Harvard. Thirty seven lives, including Pat and Marjorie, were lost that day. Imperial Oil declared the BJD surplus in 1948 and sold it to Northern Wings in eastern Quebec in 1948. Northern Wings operated the Staggerwing until late in 1955. During that time, the aircraft appears to have led a difficult life, as letters between the owners and the Department of Transport attest. 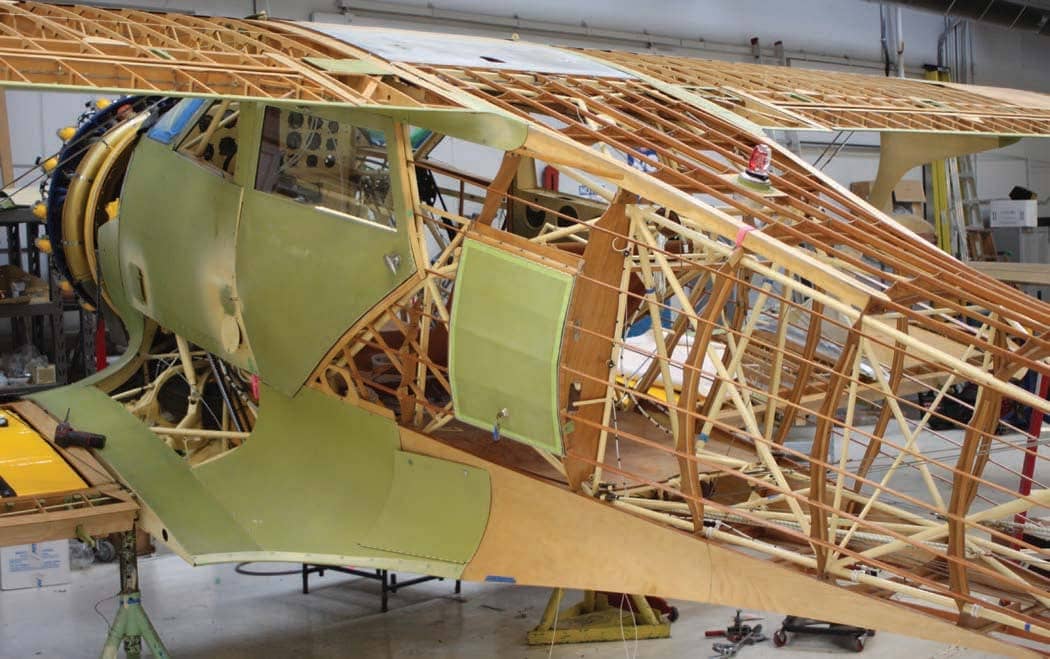 They took BJD out of service in 1955 and stored the disassembled airframe in a hangar at Sept Iles for the next 14 years. The airplane saw approximately 16 years of service and had accumulated a total of just 2,761 hours.

In 1969, the remains of BJD were sold and flown as cargo in a Curtis Commando (C46) to Montreal, where it was picked up by the new owner, Ron Uloth. The floats arrived in Montreal later in 1970 by barge. The fuselage was stored at a technical college and the remaining parts were stored in various garages in the Montreal area. All were eventually moved to Kemptville near Ottawa 21 years later in 1990.