A Daring Rescue under Fire.

The early morning light glittered on the whirling propellers of 48 82nd FG P-38J Lightnings as they taxied for takeoff at Foggia-11/ Vincenzo airfield in southern Italy. “Tail-end Charlie” in group commander Col. Litton’s flight was Flight Officer Dick Andrews, a 100-hour P-38 pilot who had celebrated his 20th birthday the day before and was looking forward to his first strafing mission. Just behind in the pack of Lightnings was 23-year-old Capt. Richard “Dick” Willsie, the 96th FS’s operations officer and one of the most experienced pilots in the group, for whom this would be his second shuttle mission to Russia. Neither could know that this mission— Willsie’s 60th and Andrews’ 10th— would enter the history books in a way that has only been matched twice since. Following D-Day, June 6, 1944, the air war in southeastern Europe reached a crescendo as the strategic bombing campaign of the 15th Air Force struck the Ploesti oil refineries and other important targets in the region. With the promised Soviet ground offensive hitting Germany’s Eastern European allies, it looked as though the Eastern Front would crack, leading to Germany’s defeat.

Commencing in 1943, Gen. Henry “Hap” Arnold, commander of the Army Air Forces, had tried to get Stalin to allow AAF bombers to fly from England and Italy to the Soviet Union on “shuttle” raids that allowed them to bomb previously unreachable targets. If the shuttle raids could be carried out successfully, it was hoped this would lead to the use of bases in Siberia for bombing Japan. The Soviets had erected roadblock after roadblock, delaying the possibility of such operations through months of negotiating. 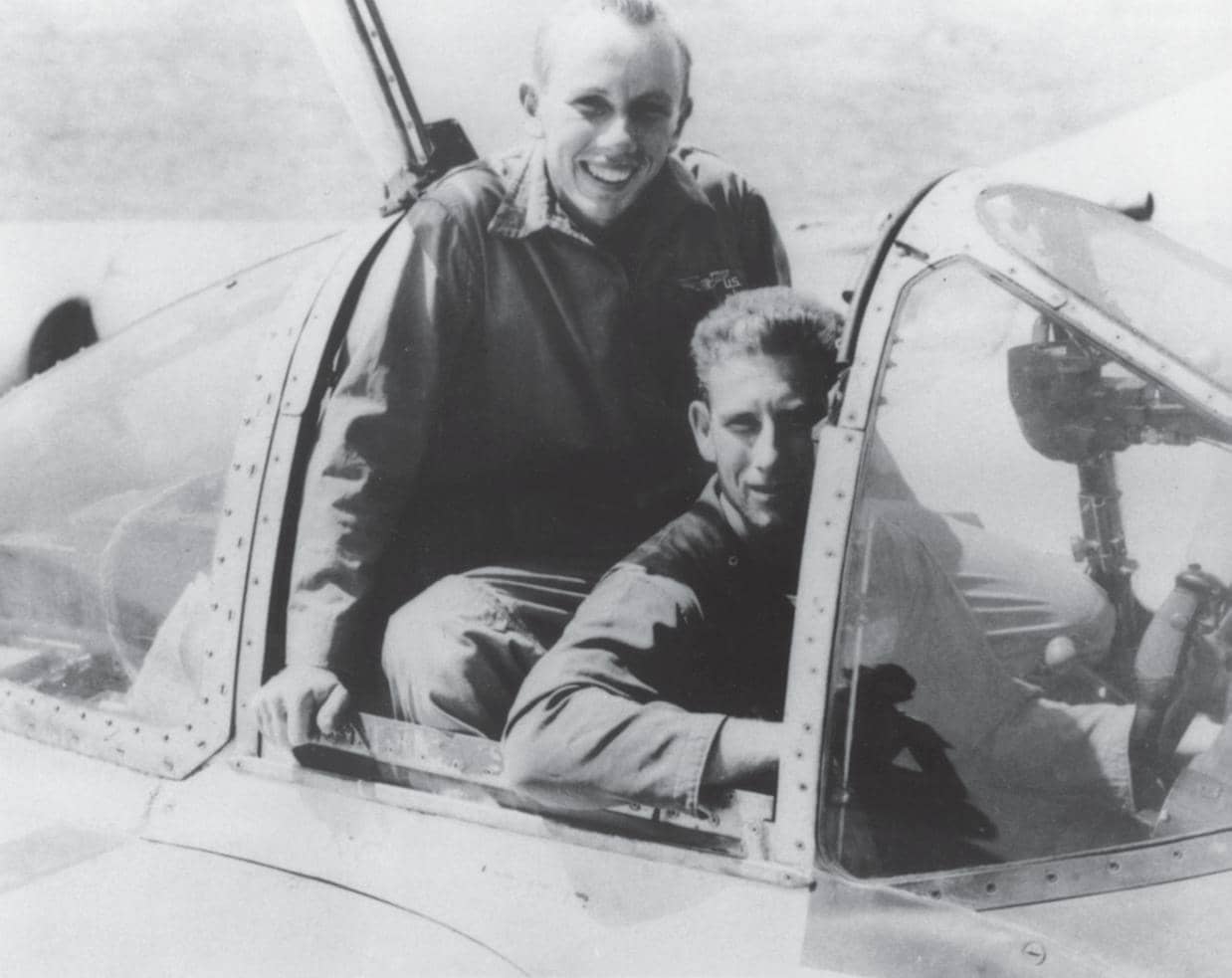 As D-Day approached and the Soviets prepared for their offensive, military and political diplomacy achieved a breakthrough; Stalin agreed to allow operations from bases in the Ukraine. American ground crews soon arrived at Poltava, Mirgorod and Piryatin to prepare the way. The shuttle raids were known as Operation Frantic—an apt description of Arnold’s attitude.

On June 2, 15th Air Force B-17s escorted by 325th “Checkertail Clan” FG P-51s, bombed targets in Hungary before proceeding to the Ukrainian bases. Operation Frantic I concluded on June 11, when the B-17s bombed targets in northeastern Romania on their return flight, while B-24s flying out of Italy struck Constanta. Nothing truly militarily important had been achieved, but the principle of shuttle-bombing was established.

On June 21, 1944, 114 bombers and 70 8th Air Force fighters participated in Frantic II; bombing a synthetic oil plant in Ruhland, eastern Germany, the B-17s landed at Poltava, while 4th and 352nd FG P-51s—led by Don Blakeslee who used dead-reckoning navigation with a map and a stopwatch— landed at Piryatin within 10 minutes of ETA. The Germans, surprised by Frantic I, sent snoopers to follow the Americans and bombed Poltava that night. They destroyed 43 B-17Gs and damaged another 26 badly, while 15 P-51 were destroyed; Poltava was one of the most successful Luftwaffe strikes against the 8th Air Force of the entire war.

It would be a month before the next mission, Frantic III, sent 76 P-38s and 58 P-51s on a sweep across Romania on July 22, 1944. Their ground attacks against German and Rumanian installations were described as “devastating,” with the fighters destroying 56 German and Romanian aircraft before heading on to Mirgorod. During their three days on the Eastern Front, the Mustangs and Lightnings struck a German airfield in Poland, before returning to Italy via Romania on July 26 that saw another 20 Axis aircraft destroyed.

On August 4, Frantic IV, a “rerun” of Frantic III, composed of the 31st and 82nd FGs, was the mission Andrews and Willsie were set to fly.