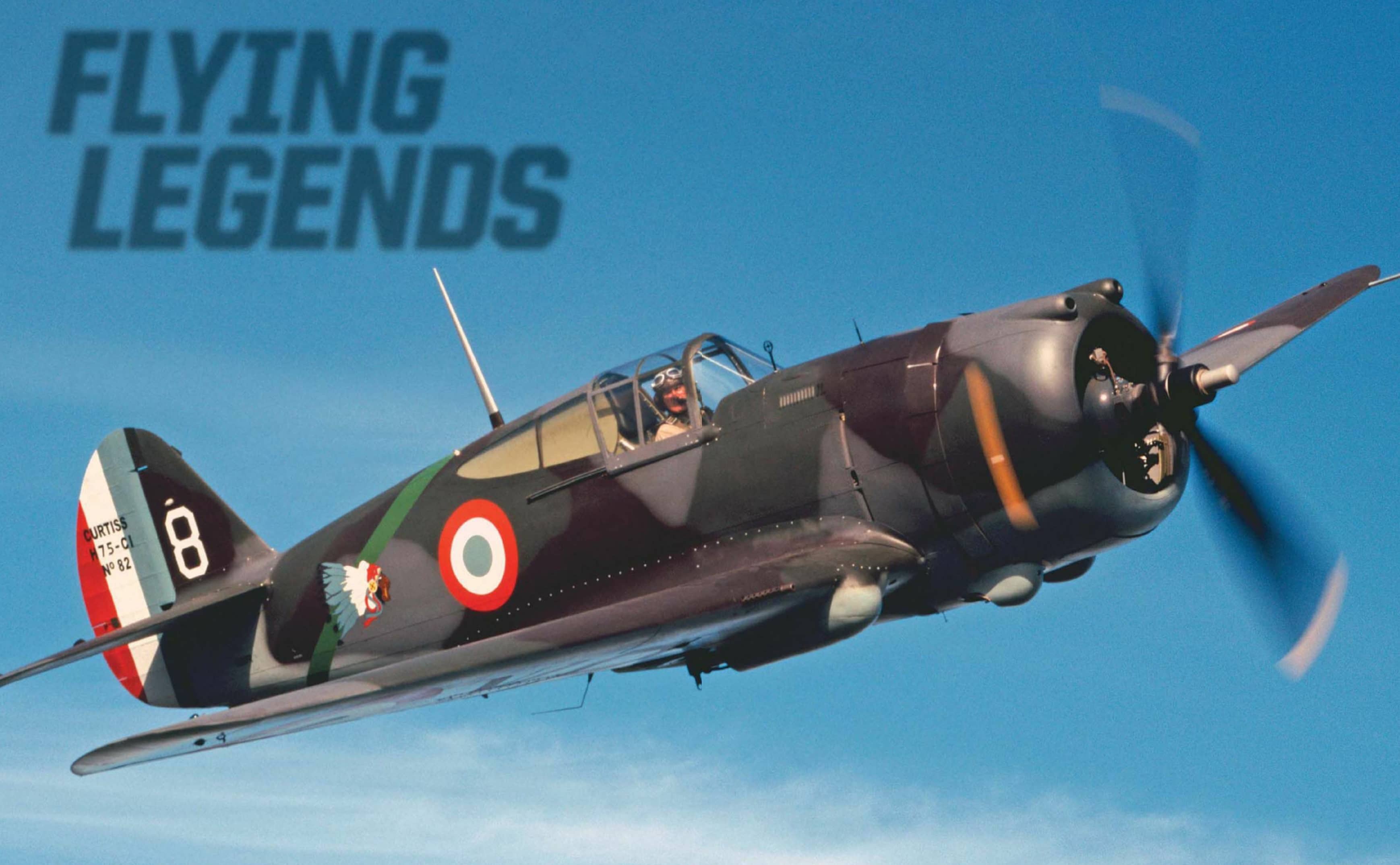 One of the most impressive routines seen during the 2018 Flying Legends Airshow at Duxford, England, the weekend of July 13–15 was a three-ship formation display featuring the Fighter Collection’s Curtiss Hawk 75, P-40C Warhawk, and P-40F Warhawk. Considered state of the art when they entered service with the United States Army Air Corps (USAAC, later known as the United States Army Air Forces, or USAAF) in the late 1930s and early ’40s, the Curtiss Hawk series of monoplane fighters were actually considered somewhat out-of-date by the time that the United States was formally drawn into World War II by the Japanese attack on Pearl Harbor on December 7, 1941. Nevertheless, the rugged Hawks acquitted themselves well in combat, with the P-40 Warhawks, in particular, holding the line against the Axis forces in the South Pacific, the China Burma India Theater of Operations, the Mediterranean, and the Aleutians until more modern fighter planes were introduced into service with the USAAF later in the war. They were fighting at Pearl Harbor and continued until the last day of the war.

The Legend Is Born

The Hawk series of monoplane fighters began with the Model 75, a Pratt & Whitney R-1830 Twin Wasp radial engine–powered design that first flew on May 6, 1935, and entered service with the USAAC under the P-36 designation. Curtiss manufactured 215 P-36s for the USAAC and another 900 for export under the Hawk 75 designation (Hawk 75s employed by the British Royal Air Force [RAF] were known as “Mohawks”). Not resting on its laurels, Curtiss went on to improve the basic design by fitting it with a liquid-cooled Allison V-1710 in-line engine in 1938 as the Model 81, which was designated XP-40 by the USAAC. The Army went on to order 524 P-40s at a total cost of nearly $13 million, the biggest U.S. aircraft production contract to that date (the money that the Army spent for those 524 aircraft would barely cover one-tenth the cost of a single F-35 Lightning II today). After accepting 197 P-40s, the Army allowed Curtiss to produce 140 as the Model 81A-1 for France (although most wound up with the British RAF after the fall of France in June 1940) and 110 for Britain as the Model 81A-2. The British called their Model 81s “Tomahawks” and obtained another 930 as the Model 81A-3 Tomahawk. The Army bought another 131 Hawk 81s under the designation P-40B and 193 with self-sealing fuel tanks and revised internal equipment under the designation P-40C.

Still working with the same basic design, Curtiss went on to produce the Hawk Model 87 with uprated Allison V-1710 engines and even some with the Packard Rolls-Royce V-1650 Merlin under the P-40D, E, F, K, L, M, and N designations. While the British stuck with the Tomahawk designation for their Model 81 Hawks, their Model 87 Hawks were known as “Kittyhawks.” On the other hand, the U.S. Army, which did not initially assign a popular name to its Hawks, wound up calling its Model 81 and 87 Hawks “Warhawks.” Eventually, Curtiss produced a grand total of 13,738 P-40s before production came to an end in December 1944. 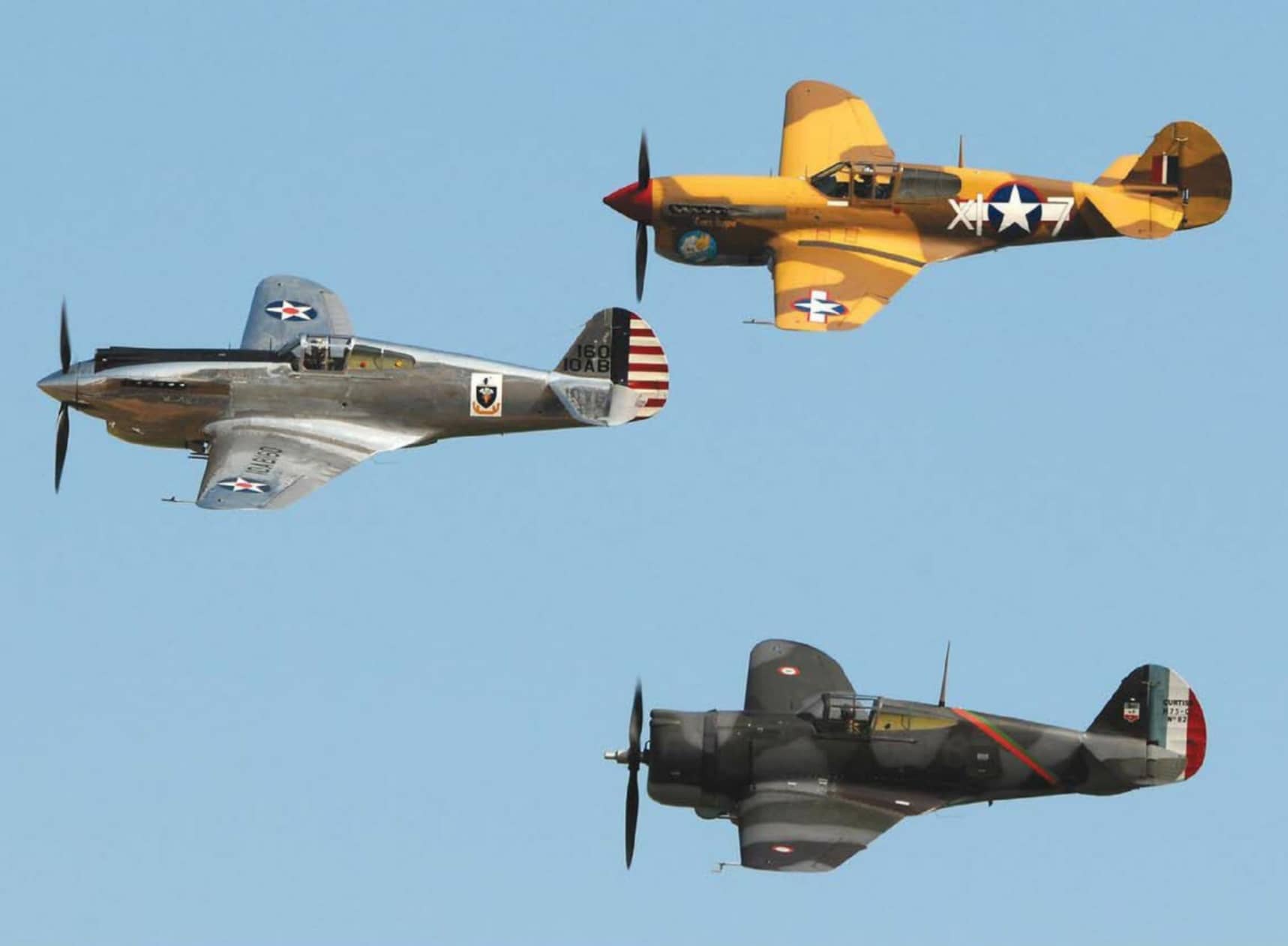 While the Curtiss Hawk monoplane fighters were considered by some to be second best even at the start of WW II, they actually did perform fairly well at altitudes below 15,000 feet. They enjoyed some remarkable success before being replaced by more modern designs in the last years of the war, although they were seldom employed in the European Theater of Operations, where high altitude performance was essential. A few British Tomahawks were used briefly for low-altitude tactical reconnaissance over the continent.

The P-36 saw combat service with the USAAF only during the attack on Pearl Harbor, but many were employed extensively by the French during the Battle of France and in North Africa during the first years of the war, while the British used their Mohawks in Burma well into 1943 and the Finnish Air Force used Hawk 75s captured by the Germans until the end of the war.