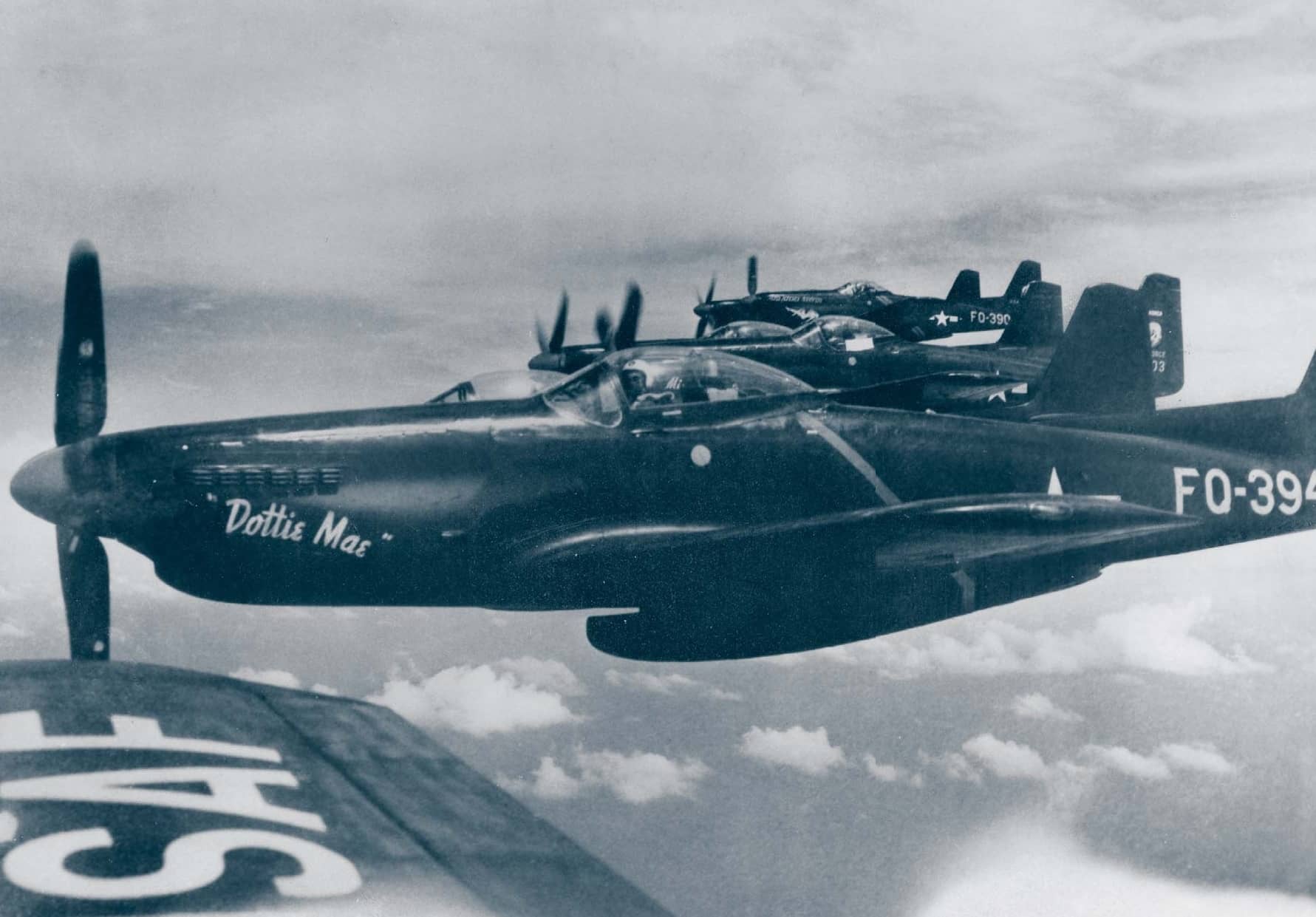 F-82 OPERATIONS IN THE KOREAN WAR

The North American Aviation F-82 was the last piston-engine fighter to be built, because after World War II all the leading nations started to build up their air forces with jets. It took the Korean War to bring the Twin Mustang into national attention. This war started on June 25, 1950 when the North Koreans crossed the 38th Parallel. An alert went out to three All Weather Squadrons (AWS) stationed in Japan. The 68th, at Itazuke Air Base, was the first to reply. The 339th AWS at Yokota Air Base and the 4th AWS at Naha Okinawa Air Base each kept just enough Twins to fly their local missions, while the remainder of their squadrons contributed to the war effort. The 4th donated eight F-82s and the 339th sent seven of their aircraft to Itazuke, where they formed the 347th Provisional Fighter Group with Colonel John Sharp as commanding officer. On the morning of June 26, four of the 68th AWS flew from Itazuke AB to Korea to provide protective aerial cover for the Norwegian freighter Rhineholdt, which was evacuating Allied, civil, and military personnel that had been working in Seoul, the capital of South Korea. That morning, one of the F-82s was fired on by a North Korean aircraft but was unable to pursue it as the F-82 was providing protection for the evacuation. During the evac, F-82s circled the runway at Kimpo while the C-54 transports continued to land to load civilians destined for Japan. On the evening of June 25, Lt. Marvin Olsen (radar observer) and Lt. George Deans (pilot) flew the first accredited combat mission of the Korean War. Their flight was directed against an unknown coming from the north. They identified it as a B-17 flying to its base in Ashiya. After the flight, Lt. Deans commented on the F-82s they were flying: “It was the only twin engine aircraft that had everything. The loss of one engine had nothing to do with power. It climbed well at full load. We could cruise with only one engine. As I can recall, normal long range cruise was 240 knots. One-engine operation would reduce that to 200 knots without any power change: the F-82 lost 40 knots while fuel consumption dropped to 50 percent.” 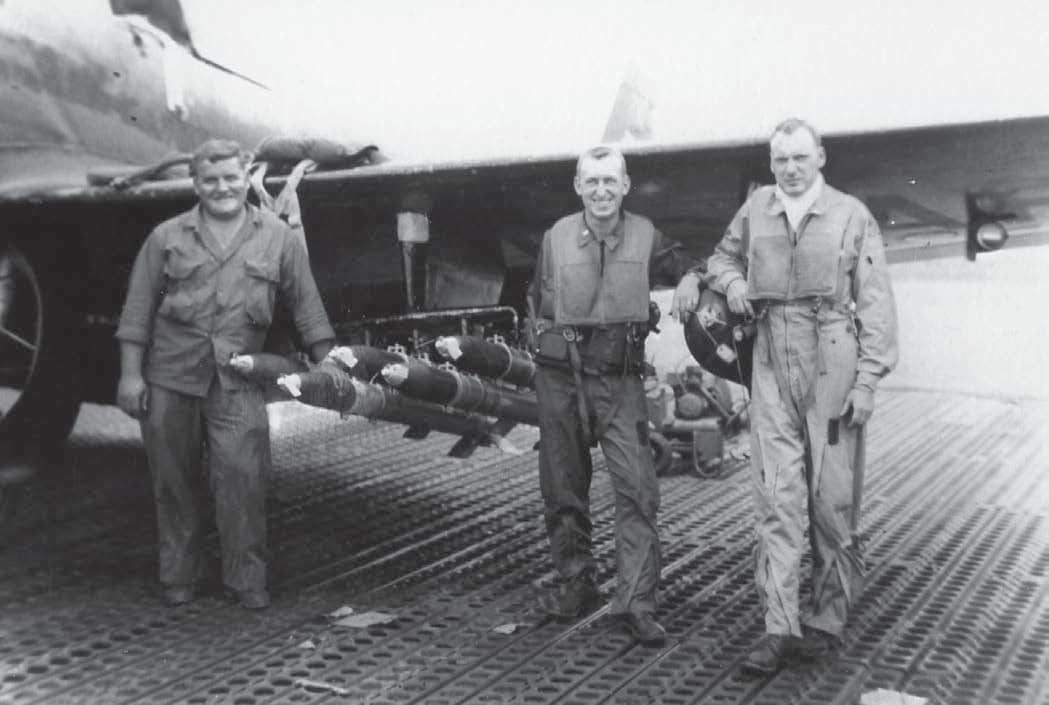 The first kills were made on June 27 as four Twin Mustangs from the 68th AWS orbited above the airport at Kimpo. As 1150 hours approached, the situation rapidly deteriorated. Suddenly five North Korean aircraft (Yaks and La-7s) dropped down out of low cloud cover and attacked the F-82s in the formation. Before they could respond, one of the Yaks scored a hit on the vertical stabilizer of Lt. Charles Moran’s aircraft. At the time, Lt. William G. “Skeeter” Hudson made a high-G turn in the direction of the attacking fighters. According to his radar observer, 1st Lt. Carl Fraser, “We turned quickly and before the Yak pilot realized it, we were locked on his six-o’clock position. The enemy pilot tried everything to shake us, and when he realized that he could not, he pulled his nose straight up into the cloud layer. By this time, it was too late for him because we were so close. As we pursued him through the clouds, we were close enough to keep a constant visual. As he broke out of the cloud layer, Lt. Hudson fired a short burst and the impact of all six guns hitting the fragile fighter [caused] pieces of the Yak’s tail and fuselage [to come] flying back at us. At that time, the enemy pilot racked his fighter over in a steep turn to the right with our F-82 following closely. A second burst showered all over his right wing, setting one of his fuel tanks on fire. At the same time, his right flap and aileron flew off, and we were so close that we almost collided. I could clearly see the pilot turn around in his seat and say something to his rear seat observer. The pilot then pushed the canopy back, stepped out on the wing and again said something to his backseater. It was at this time that I figured he was either unconscious or dead, because he never showed any movement to exit the stricken aircraft. The pilot then pulled his ripcord, and his chute dragged him off the wing as it opened. The shooting had been at a very close range and the altitude would have been below 1,000 feet.